Making a Difference, One Wiggle at a Time 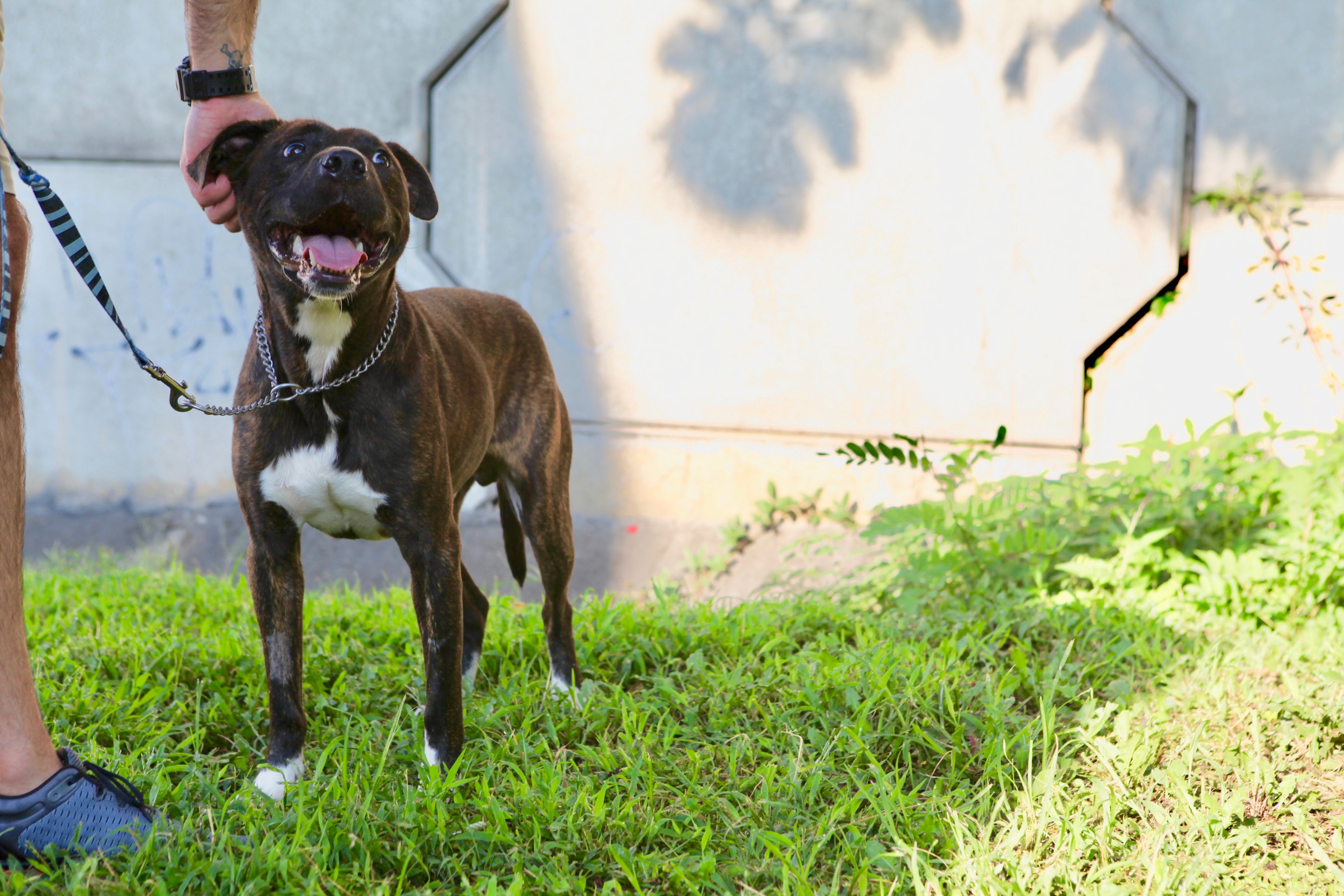 It was a normal Friday. Rachel Thompson was driving home after a fairly intense week. Despite being exhausted from work and deep in thought, she was being an attentive driver.

Boom. A dog shot out in front of her car, and thanks to some fast reflexes and good driving skills, she narrowly avoided hitting it.

Now most people driving through a rough area of downtown Atlanta would simply be happy that they didn’t hit the puppy and keep going.

But Rachel is not most people. While she was obviously very happy that she didn’t hit the dog, Rachel didn’t stop there. She spent the next hour coaxing the dog into her car so she could help him get home. Once she finally convinced him, she realized that he had no collar, and most likely no microchip. 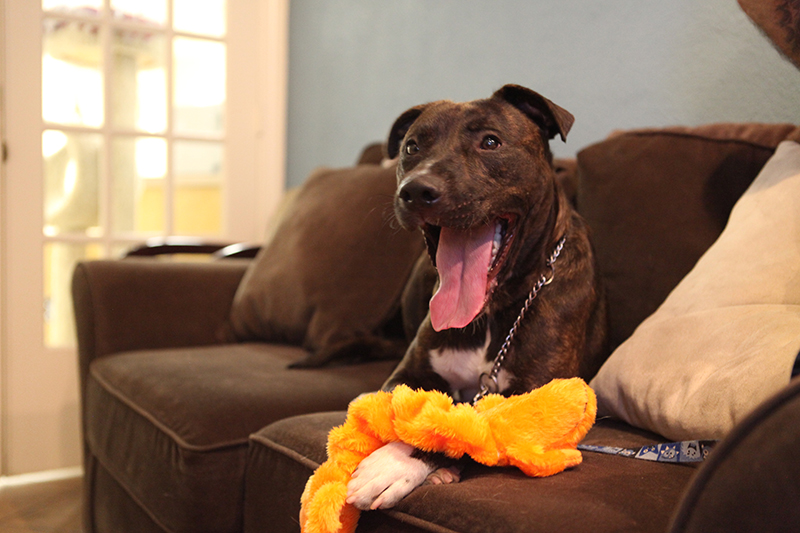 So, what did she do next?

Despite the fact she was already fostering another dog, Rachel took him home. She arranged for a neighbor to keep him for the night and then got to work.

She booted up Slack and asked for help in Nebo’s #aww channel, a place where employees post pictures of their pets. Within 24 hours, the puppy was at the Village Vet in Buckhead getting scanned for a chip.

He didn’t have a chip or a name, so he was entered into the system as a stray. But this isn’t where the story ends.

We decided to name him Quaid (or Hauser) because of our (really my) love of the 1990 version of “Total Recall.”

We asked the vet to give him his shots and medical exams, schedule a time to get him neutered, and board him for a few days. While he was there, we called and checked on him every day. 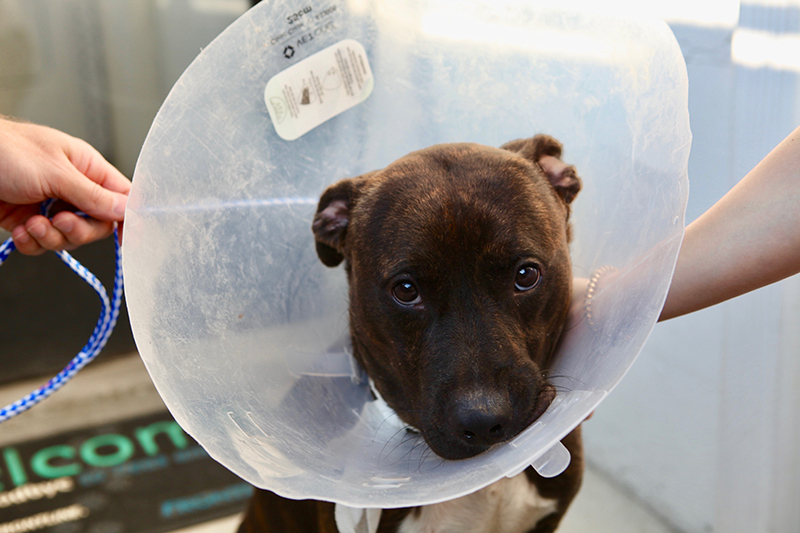 The Village Vet and their founder, Dr. Draper, are awesome — we’ve written about them before. The vets that work there are not only talented, they’re amazing people. As a thanks for rescuing Quaid, they donated the boarding, a chip to make sure he doesn’t get lost again, and gave us a huge discount on all of the other services. 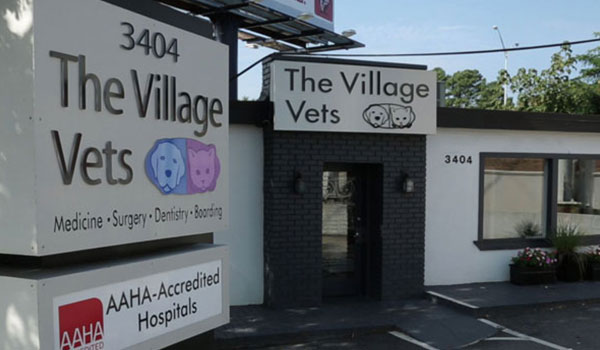 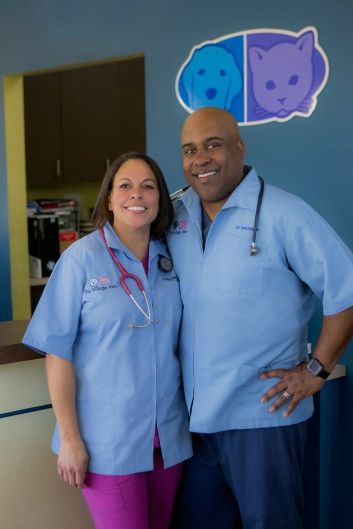 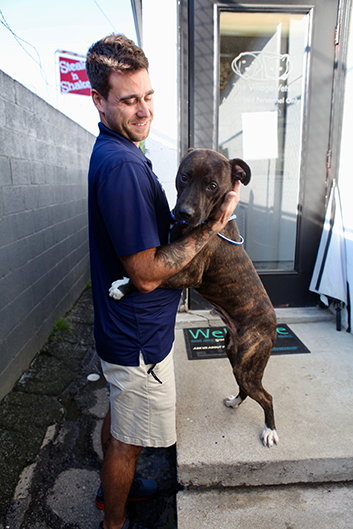 They also said he was an awesome little dude. Healthy, full of love, and now just in need of a great home.

Now the best (and hardest) part of the story begins. We’re committed to saving him.

Rather than hand him over to a shelter, we decided to take him in until he can find a forever home. There are other dogs who need that shelter spot more. So for now, he’ll stay with Nebo people.

This story is more than a story about how amazing Rachel is, or how so many people at Nebo care and pitched in to help.

It’s a story that truly illustrates that when many companies say they want to be a force for good or change the world, it’s not always BS. We’re beyond lucky that we have nearly 100 people at Nebo that make this a reality every single day.

Those familiar with the Nebo story know that fighting for animal welfare has always been a core part of who we are. They also know we try to be a force for good. For us, just being a successful and sustainable agency isn’t enough. We’re part of this world, and it’s our responsibility to help make that world better.

These words aren’t empty. Over the past few years we’ve donated nearly $3 million in time, materials, resources, and/or donations to do our part.

I don’t bring this up because I think we deserve a pat on the back, but because I’m grateful. It’s an honor and a privilege to help, and we're very lucky to actually have the time, money, people and resources to make a difference.

No one will ever lay on their deathbed and say, “Remember back in 2013 when we had a 5.7% conversion rate for that campaign to sell hair brushes?”

Hopefully we’ll look back and say the world was a little better because of the things we did — that people in our lives were better off for knowing us, that  we tried our best to live a life with honor and dignity.

Which leads me to Quaid, our lost and wiggly little guy.

Saving Quaid may not save the world, but it saved him. And saving him changed his world.

Borrowing from Edmund Burke, we believe that when good people do nothing, evil wins.

Rachel did something. Quaid will have an amazing life now. And the world is better off because of it.

When we published this post back in early August we were still trying to find a forever home for wiggle-king-Quaid. Well, with a lick, skip, and a big ol’ slobbery bark, he nuzzled his way into the home (and heart) of resident Nebo-ite and dog obsessive copywriter, Austin Howe. And no offense to Bradgelina, it’s the most glorious, exciting, love-filled adoption this world has ever seen.

His new family is ecstatic about Quaid moving into their crib, a place complete with tasty foods, squeaky toys, endless snugs, the occasional piece of bacon, and a Plott hound sister to chew on. It is truly a match made in heaven. And yes, we did just call Nebo heaven.

This is a fantastic story for so many reasons, including the culture you and the Nebo team have built. Thank you for sharing and my very best to Austin and Quaid!