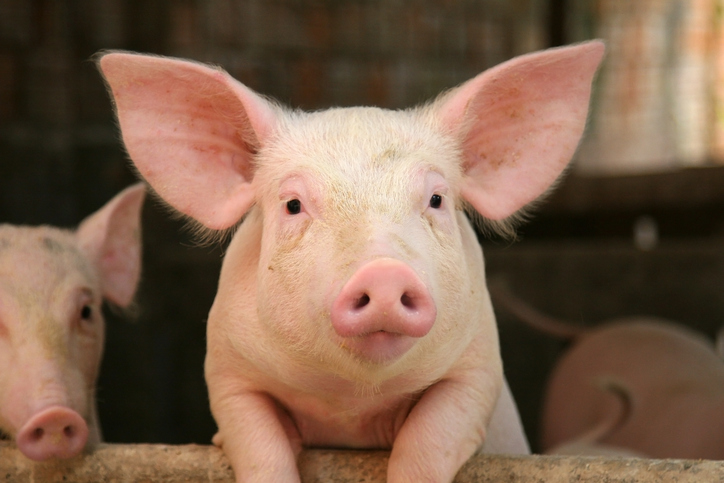 We’ve helped restaurants, retailers, and many others create amazing campaigns while ignoring the factory farms at the beginning of their production processes.

We’ve worked with fast food companies that portrayed happy animals in their marketing even though their food stemmed from cruelty. We helped one of the largest retailers in the world cast itself in the light of “giving back” despite the fact that they are a leading seller of factory-farmed meat. We helped a manufacturer position its shipping solution as efficient and energy friendly, even though factory- farmed chickens were one of the core products being shipped.

Our only solace or excuse is that we weren’t fully aware. But maybe we were too afraid to be aware. Lack of knowledge or a willful ignorance of the facts isn’t a viable excuse.

Like I said earlier, we’re guilty. There are no excuses.

No more turning a blind eye to the facts. We can’t put pictures of happy cows on milk cartons when we know these cows are anything but. We can’t place a smiling chick on eggs that represent hundreds of factory-farmed chickens.

We’re not trying to live in an ivory tower. No agency can avoid factory-farmed products. They’re a part of 99 percent of animal products. But we can start making a difference. We can stop adding to the damage. We owe it to ourselves and these animals to stop portraying them in a false light — to stop making consumers think these farms are paradise.

Conditions in factory farms are actually worse than hell. 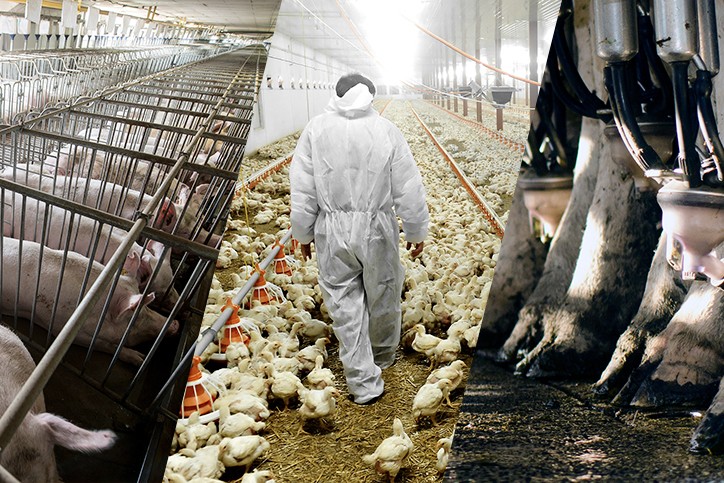 We’ve Done this Before.

Tobacco companies paid hefty fines for their products’ dangers and their lies to the public. But advertisers were able to get by without a fine or a ding to their reputation, despite the fact that Joe Camel, the Marlboro Man and every ad campaign fueled millions of smokers to start and continue smoking. Tobacco causes cancer, yet advertisers marketed to kids. They sold doubt. They got paid. People died, and nothing happened.

Now, we’re finding ourselves at another huge moment — a moment where marketers and advertisers aid atrocities by painting false pictures. At least 10 billion animals live and die in hell on earth conditions in factory farms each year. It’s hell. Utter hell.

Yet we plop a happy cow or a chicken doing normal chicken stuff on the packaging … or even worse, on the logo. They’re roaming in pastures. They’re happy and healthy. We collectively sell the ideal of the idealized American farm. 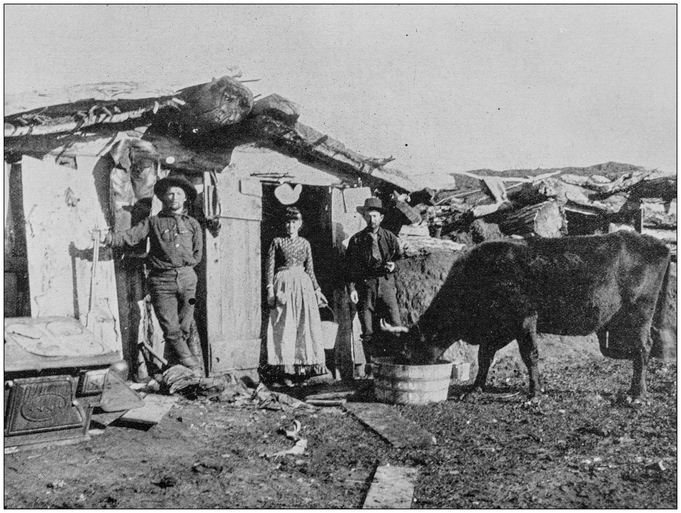 But it doesn’t exist.

Over 99 percent of farm animals are raised in conditions that make Dante’s Inferno seem like paradise. But as marketers, we want consumers to see nuggets, bacon, filet mignon … 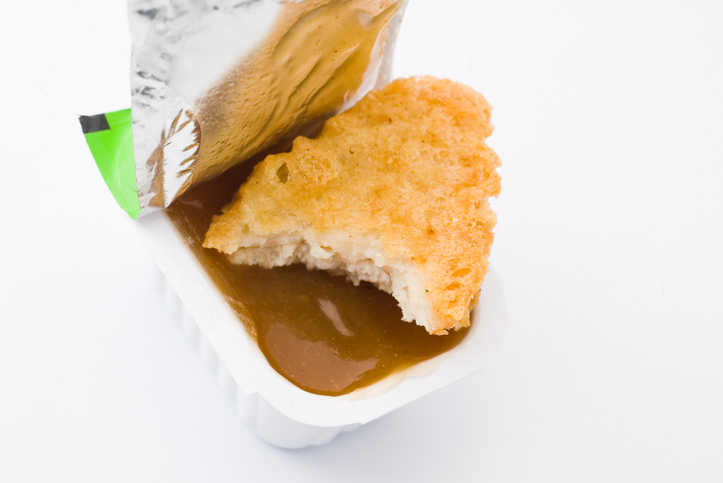 We don’t want them to see the cow or the chicken, or the pig … all living and breathing animals with feelings. All animals that feel pain, have dignity, don’t want to suffer and are utterly terrified. They trust us. Yet we abuse their trust and become their tormentors.

And even if we did want consumers to see the animal, we want them to think of some pre-industrial agrarian version of the farm where animals lived out in the open, ate grass, roamed and had families. We want to paint the Norman Rockwell version of farming. Of husbandry. Of the cycle of life. 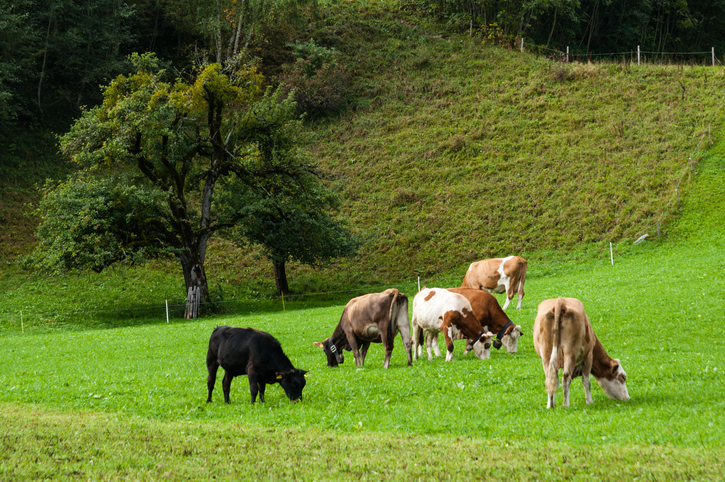 This post isn’t just a rebuke of Nebo’s culpability for enabling factory farming. Or even just a rant against agencies selling out and aiding what can be considered one of the most horrific atrocities in human history. Like I said, 10 billion animals each year are slaughtered in factory farms. For 50 years, animals have lived and died in these horrendous conditions.

Blood is On Our Hands and We Can’t Run From It.

We’d arrest anyone that came even close to inflicting the pain and suffering on dogs or cats that we inflict on pigs, chickens and cows — all animals that feel and love and arguably are just as sophisticated. The only difference is, they’re food.

What I don’t understand is how the most intelligent, compassionate and empathetic creatures to ever exist — humans — brought about factory farming.

The only redemption is that most of us don’t know. Most of us can’t imagine this atrocity. Most of us bury our heads in the sand even if we suspect it because it’s something we can’t internalize.

But we have power. We created this, and we can end this. We have the uncanny ability to change hearts and minds, to persuade and move people to action. 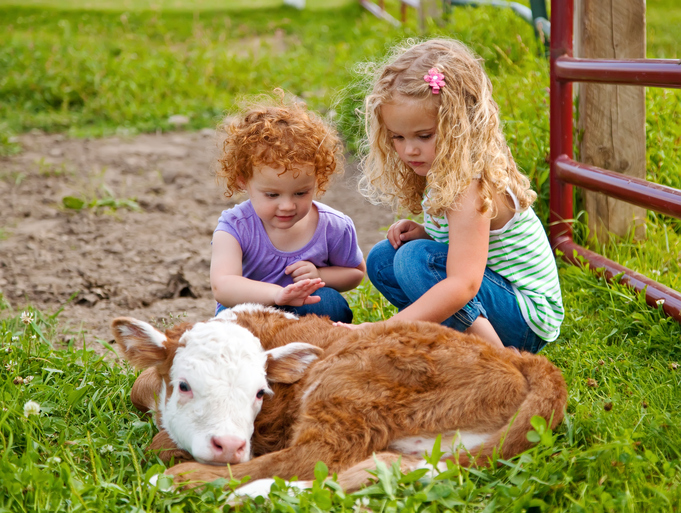 We Have a Voice. And It’s Our Responsibility to Use It.

I challenge consumers to know where your food is coming from. Shop humanely. It doesn’t mean that you have to become a vegan or vegetarian. There are small changes you can make that won’t affect your lifestyle, but will have a profound impact on the lives of animals. There are brands that are humane, affordable and offer excellent quality products. If you have the opportunity to avoid factory-farm products, do it.

And I challenge everyone — consumers, agencies and brands — to get involved. There are several organizations out there that support this cause, like Farm Sanctuary, the Humane Farming Association, ASPCA, Compassion in World Farming, and many more.

This is the challenge and moral obligation of our time.

We’ve stood by for too long. It’s time we rise up to the challenge and protect the voiceless.

But We Know Words Aren’t Enough…

That’s why we’re planning to create a campaign to fight factory farming, farm washing, and other advertising and marketing techniques that perpetuate this hell on earth that our animal friends have to endure everyday.

And we can’t do it alone. We’re looking for like-minded organizations, fellow advertisers and marketers, and anyone who cares about animals to help.

If you’re interested in joining the fight email us at MarketersAgainstFactoryFarming@neboagency.com.

How did factory farming come about? I can answer that one. The consumer wanting lower meat prices. The meat processing companies found a way to produce a cheaper product so they forced the independent farmer out of business by producing a cheaper product. If you want to point fingers do NOT point them at the farmer, point it at the consumer because they vote with their purchases.

Zack - thank you for reading the post and for your comments.

You obviously did not do your research as your article is full innuendo and heresay. You did not spend the time with those that are raising these animals as you would find out that they are not abusing animals but making sure that they are bringing the best possible product to market. You take extreme small percentage occurences and call them the norm. I spent many years in the agriculteral field and can tell you that the vast majority of producers are of high integrity and treat their animals with care. This kind of ariticle is just to play upon the heartstrings of the totally uninformed by a writer who is likewise uniformed and propagating falsehoods.

Thank you for writing this piece Brian. I am so happy to see that others are beginning to open their eyes to this and to the consequences that are much more far reaching than many believe.. or want to.