No generation has been more reviled and beloved than ours. Marketers looooved us. To be fair, with nearly 80 million of us, they sort of had to.

They studied our real estate habits, analyzed our Instagram photos and desperately tweeted the word “bae” at us. (If you forgot about that, sorry to remind you.) 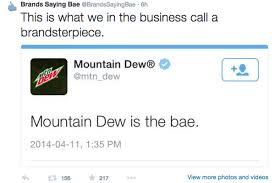 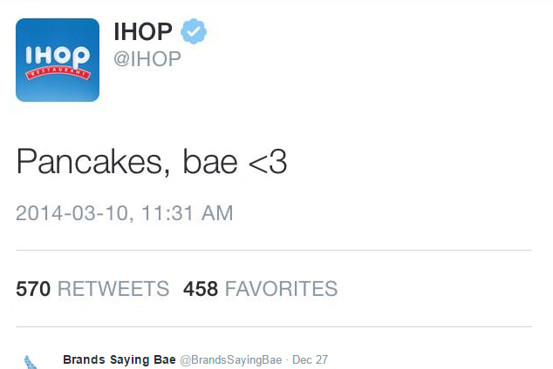 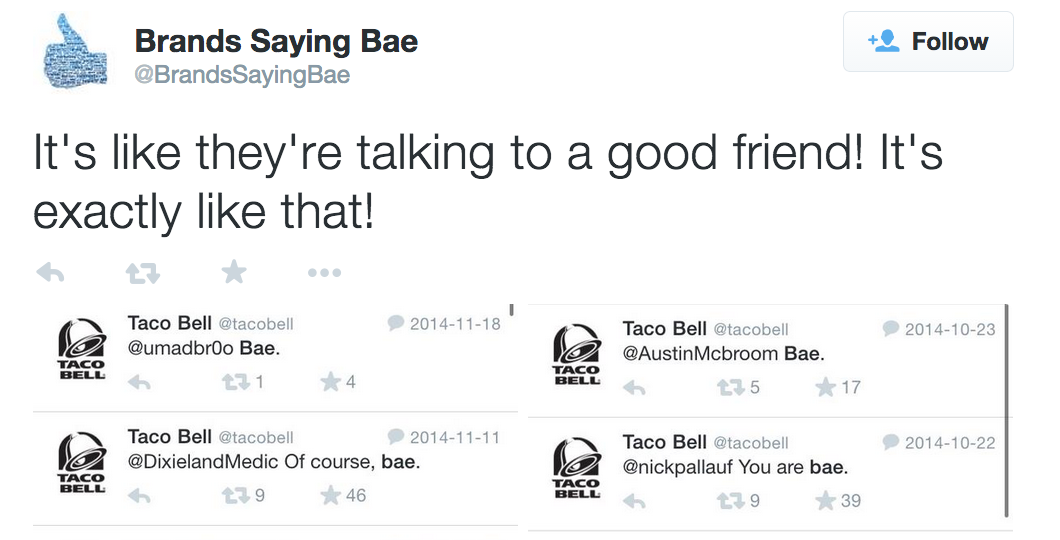 They hurled avocados at us and designed everything in hues of salmon pink. They even changed the very nature of today’s office culture to “attract our talent.” (Let’s be real though, advertisers just wanted an excuse for ball pits.) 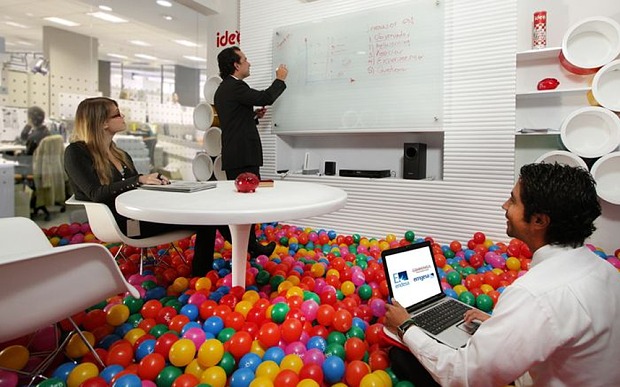 Meanwhile, baby boomers were, for some reason, totally obsessed with dumping on us.

They called us entitled for expecting jobs after graduation, and unrealistic for seeking careers that made us feel fulfilled. They couldn’t take us seriously in job interviews because of our vocal fry. And they told us our hopeless technology addiction was making us rude, awkward and unable to socialize. Idk about you, but every time I go visit my parents, they’re sitting on the couch like: 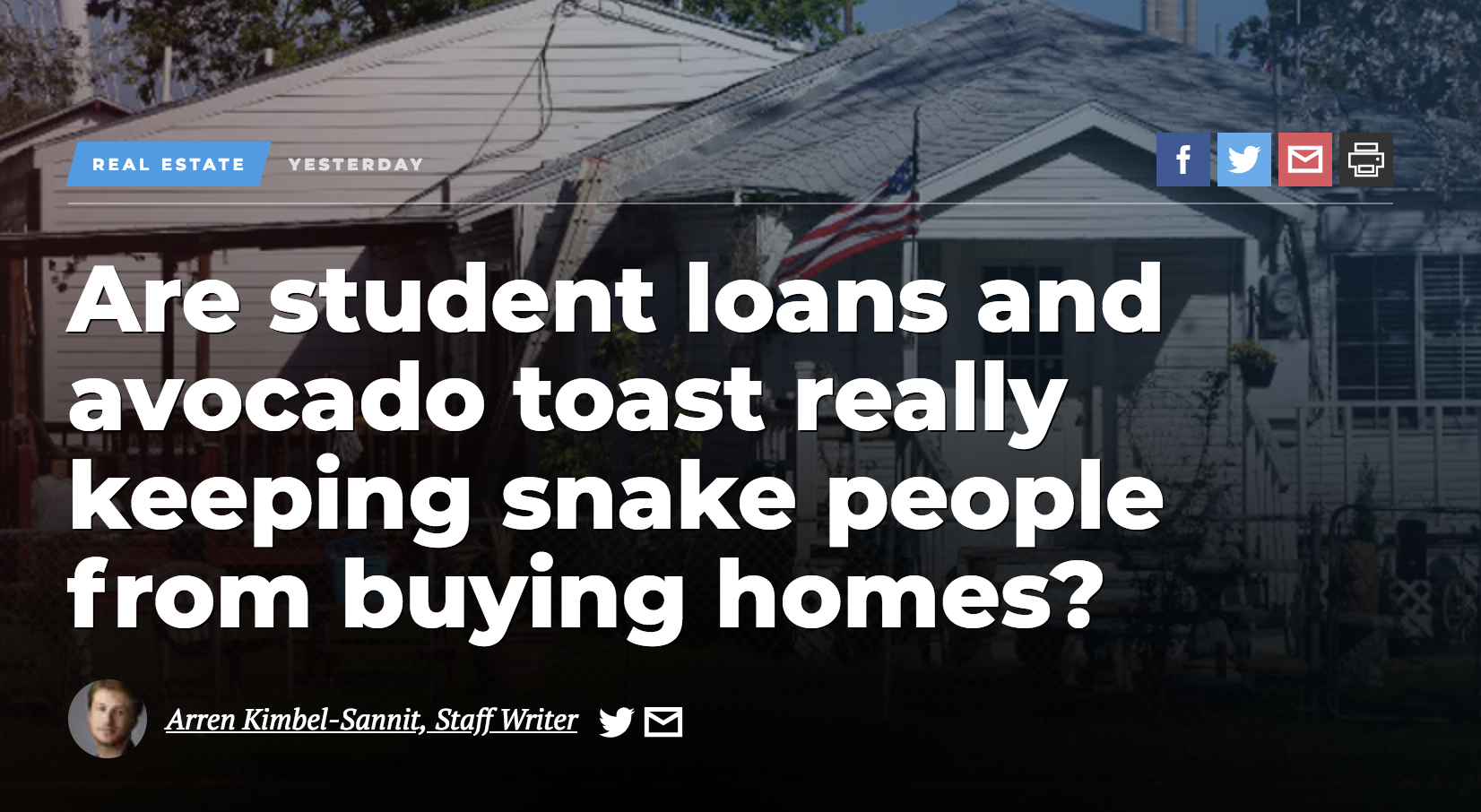 We people born between the years of 1980 and 1995 — we never asked for this. But finally, there is some light at the end of the tunnel. We’re getting old now, with the upper reach of the “elder millennial” heading toward 40. We’re getting too old for people to give a shit about us anymore.

But thankfully, our Gen-Z siblings are finally coming of age.

You thought we were lazy idiots? Get ready for Gen Z. Born with silver iPhones in their hands, they’re guaranteed to be twice the demanding, lazy ingrates we ever were.

You thought it was bad when the market crashed and we complained about our student loans? Gen Z is skipping college altogether, doing what they love, documenting it with a GoPro and making a sponsored living off of it. They get paid — by Fortune 500 companies — to tweet. Just who do these entitled kids think they are?

Marketers, rejoice. Because according to Wikipedia (with some small adjustments): “as of April 2016, the Snake Person generation surpassed the population of Baby Boomers in the USA [. . .] However, the Post-Snake People were ahead of the Snake People in another Health and Human Services survey (69 million vs. 66 million).”

There’s a bajillion Gen-Zers out there, and given their tech-addicted nature, they’re easier to target than any other generation. Almost too easy. I mean, they unironically follow Logan Paul’s YouTube channel. The other day, my brother asked me if Radiohead was an app. Need I say more?

I needn’t, but I will. Ninety-two percent of them have some sort of social media footprint, and apparently they do not care about bargains. (This may be because they are literal 14-year-olds, but brands can only hope the trend continues.) These humans are less racist and sexist than ever before, which is good. They also care about social causes, so if you thought it was annoying that every commercial for the last three years has featured a protest, brace yourself. 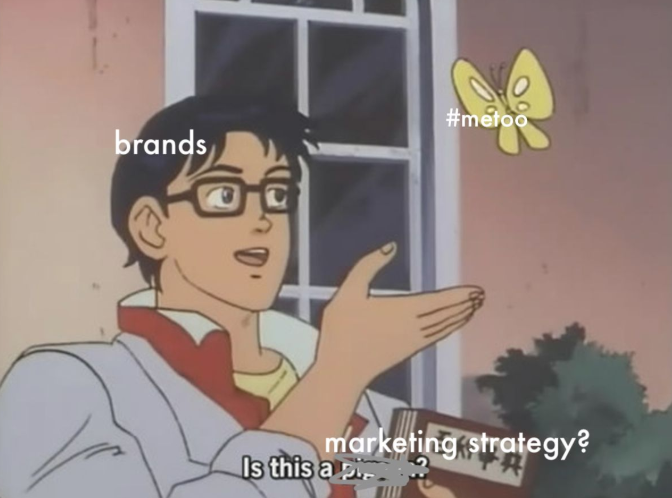 Oh, and less than half of them say that their parents followed through with discipline (compared to 59 percent of millennials, who faced parental consequences for their actions). So they’re guaranteed to be little shits.

To truly replace us, all they need now is a catchy name (bc let’s face it, Gen Zers sounds stupid af). “Zolom’s Children” appears to be in the running. It sounds right at home with Snake People, and tbh I’m a little jealous.

Really tho, Gen Z, I throw no shade. Speaking from experience, I would never cast such blanket generalizations over an entire generation.

From the bottom of my world-weary millennial heart, I wish you all the best of luck with the marketers, the boomers and the crotchety millennials who are really pissed that you don’t know who N*SYNC is.

Godspeed, Children of Zolom, and may you never need a browser extension to block your own name.

I really love to read such a nice article. I always prefer to read the quality and glad I found this thing in your post. Thank you for posting such a great article. I should need to get more posts.

You have done a great job on this article. Your work is very good and I appreciate this issue. Its a great comfort reading your post. I'd really like to help appreciate it with the efforts you get with writing this post. You have some real writing talent. Thank you.

It is great to have the opportunity to read a good quality article with useful information. This info is very important and Feel free to surf to my homepage. Thanks for sharing.

nice blog and informative article. have something to learn. thanks to share us your experience

Thanks for the interesting site.

More resentment, passive aggressiveness and incredible self-centeredness that is actually to the point of being bizarre. Last time a checked, everyone went through the recession but Millenials can't seem to stop being assholes. That's their real problem. It's not the economy, its you Millenials.

There’s a bajillion Gen-Zers out there, and given their tech-addicted nature, they’re easier to target than any other generation. Almost too easy. I mean, they unironically follow Logan Paul’s YouTube channel. The other day, my brother asked me if Radiohead was an app. Need I say more?

Oh Millennials, will you ever win?

Great article. I love how they are so quick to call millennial's lazy, which is a total generalization really!

interesting facts about all the enjoyable means that you will provide truly useful choices on the web page and additionally stimulate results right from many people relating to the priority at the same time the most popular. You've gotten really been conducting a cheap activity.

Thanks for the article. very insightful

Very good write-up. I certainly love this website. Thanks!

This is a brilliant moving article. I am basically content with your astonishing work.You put especially obliging data. I truly love to audit such a boggling article.

I have been looking for this information for a long time, I was very surprised when I found it here.

Thankful to you such a hair-raising aggregate for sharing this stunning web journal. Influencing and dauntless what's more. Need you continue sharing a reasonably clear piece of your bits of learning. I will love to beat.

Very nicely you have presented. Humorous in its own way :D Liked this alot .. thanks :D

Your post is amazing and informational. Much thankfulness to you for sharing this article. I should need to get more posts.

It is so intriguing to learn about generational differences within the technological and social media sphere of our culture.

Thanks for the information on this. I really enjoy the write up

I truly love how it is easy on my eyes and the data are well written.

Thank you for posting such a great article! It contains wonderful and helpful posts. 소셜그래프

This is really amazing for everyone

Interesting topic, thanks for sharing.

This Explanations about brand and marketing do more like this

That is very helpful for increasing my knowledge in this field.

Your music is amazing. You have some very talented artists. I wish you the best of success.

Cool you write, the information is very good and interesting, I'll give you a link to my site.

I really enjoyed reading this post, big fan. Keep up the good work andplease tell me when can you publish more articles or where can I read more on the subject?

A great website with interesting and unique material what else would you need.

Looking for and hasting unto the coming of the day of God, wherein the heavens being on fire shall be dissolved, and the elements shall melt with fervent heat

Did you have friends in hall? I never got to experience a normal university life so lots of the people I meet just disappear after lessons for a module end and they only contact me if they need answers or help but never for social purposes.

You add a various thing in one content. Try better and also did better as always.

Gen X weighing in here: I too will be happy to see the millennial punching and counter punching cease; hopefully, giving way to a more open-minded, thoughtful set of generalizations. Even more so, I look forward to millennials proving naysayers wrong by realizing the most important measures of success: happiness, peace, and love.