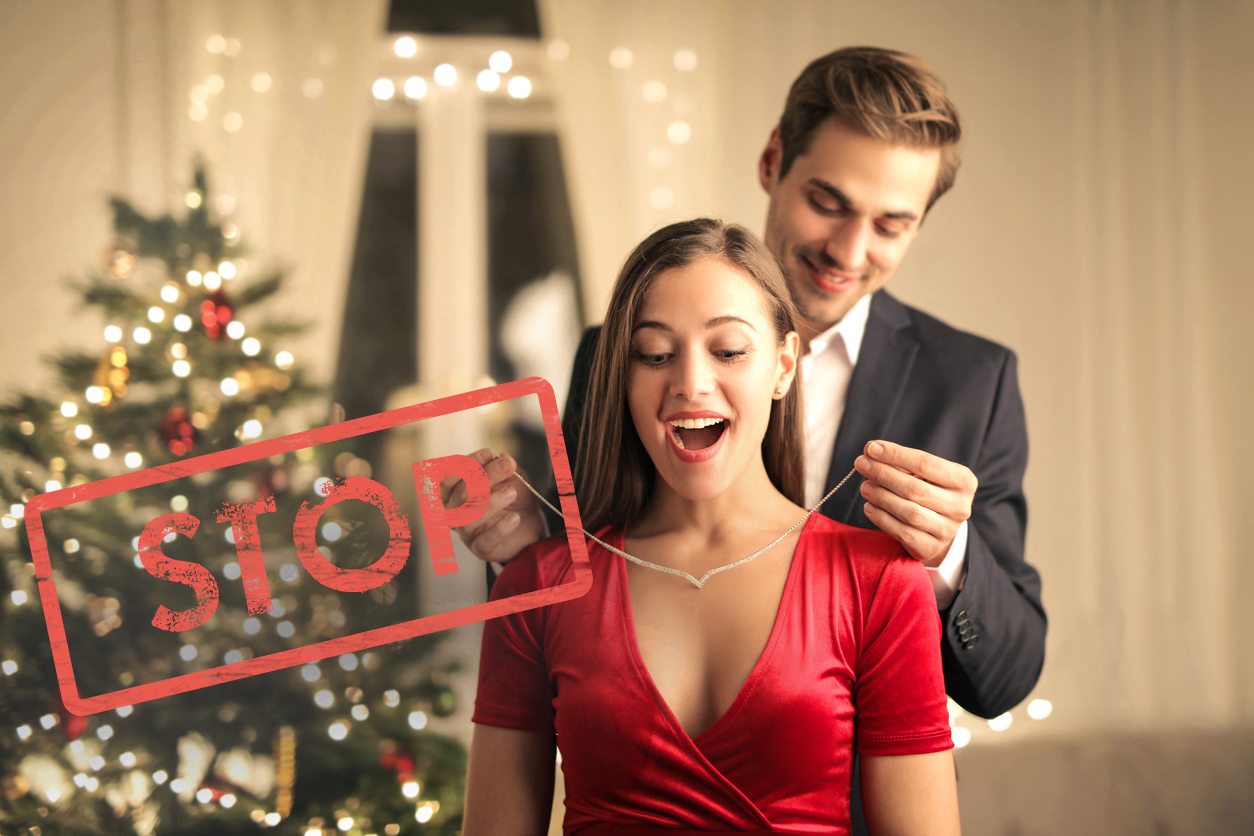 Everyone who knows me knows I love the holiday season. From decorating my apartment, and my desk, and my car, and my cats in seasonal embellishments, to turkey dinners and cozy sweaters, it’s by far my favorite time of year.

December also means exchanging gifts with my loved ones. I do all my shopping online and cut cable a while ago, so I rarely, if ever, organically see any holiday commercials. But when I do, I’m always gobsmacked by the sheer absurdity and level of blatant sexism that is found in every holiday commercial ever. Which, okay, is an exaggeration, but only slightly.

I’m sure by now we’ve all heard of the Peloton commercial that made me hulk out in feminist rage — the one where a mom with a (conventionally) attractive bod gets an exercise bike she didn’t ask for for Christmas, vlogs her “fitness journey” and becomes a mom with an equally (conventionally) attractive bod by the end of the year commercial. It’s received a lot of backlash, which is fair and deserved because 1. what the hell, and 2. what the hell? If my significant other ever got me exercise equipment that I didn’t ask for as a gift, I’d show them right out of the door, because I don’t need that kind of passive-aggressive body shaming in my life.

But Peloton is far from the only company that falls victim/perpetrator to casual holiday sexism.

The first, and most annoying, ones that come to mind are from jewelry companies. Like this horror show, where a man has finally “finished hesitating” (as we’re told by what has got to be a budget version of Boys II Men) and bought his girlfriend (?) a “let’s see where this goes” diamond necklace. Or this couple that’s about to create their own Christmas miracle in front of their eight-year-old (who, honestly, seems a little too used to it), because “Every Best. Gift. Ever. Begins with Kay” or whatever.

What these jewelry companies seem to be saying is that anyone (usually men) can win the holiday season just by buying something shiny. But I hate to break it to you — every best gift ever starts with thoughtfulness and effort. Not a trip to the generic diamond store.

And don’t even get me started about the car commercials. The most infuriating one from 2019 has a fun little “one for you, one for me” theme, which seems perfectly nice and generous on the surface. But what’s really happening is that the husband upstages his wife’s lovely his-and-hers watches by buying two cars, and then being salty that his wife picks the one that he chose for himself. Well, guess what, buddy, if you’d included her in the big and important life decision of which car she’d be driving for the next 5+ years, maybe you’d both be happy with a giant overcompensation vehicle truck.

And ignoring your wife’s opinion aside: this commercial plays into good old-fashioned household power dynamics. You know, where the husband has the money and power to make big financial decisions, wife be damned.

That dynamic simply isn’t reality anymore. We have degrees and jobs and make our own money moves.  Thanks, but no thanks. I’ll buy my own damn car.

Every year there’s also always an abundance of grocery store commercials, all of which focus on the women of the household. Did MOM forget a turkey? Don’t worry! MOM can pick one up on Christmas Day and save the Christmas SHE almost ruined! You can also buy HER a vacuum or a new dishwasher or a blender or oven or whatever else that’ll make household chores so much easier. Because god forbid someone else chip in and help.

But infuriatingly sexist stereotype commercials go both ways, as evidenced by this lovely Walmart ad in which not a single man has remembered Christmas or performed the emotional labor of holiday shopping. What bothers me about this commercial is twofold: one, give men some credit. There are men who are thoughtful enough to think ahead and buy their loved ones gifts. Just look at the earlier car and jewelry commercials (jk)! And two, I hate the way this commercial makes light of dropping the ball. The soundtrack to the men strolling into Walmart is uplifting and fun, and it’s played for jokes, which implies that it’s totally okay to forget about the holidays, let your Significant Other do all the work, and come in at the last second with some crappy tchotchke from a superstore and pretend you were thoughtful all along.

In 2014, one of our co-founders wrote a blog post about inequality in the workforce, and how things should be, and are, changing for the better. Everything he wrote still applies — women are still graduating college at higher levels than men, maternity leave still isn’t mandated for every company, we’re still facing pay gaps. But all of those things are also still getting fixed left and right. We are moving forward. We are making progress. So why are these holiday commercials still so rooted in sexist ideals?

Honestly, I don’t have an answer. But it’s 20-goddamn-19. Can we just let go of the gender stereotypes and casual sexism already? Let’s start treating women like the multidimensional human beings we are — ones who enjoy shiny necklaces AND socket wrenches AND camping gear.

Or none of those things. Personally, all I want for Christmas is something Marvel-related. Like, I don’t know, this Captain America shield. Partly because I’m a woman who loves action-packed superhero movies. But mostly because I need something to shield myself from the bullshit being flung this holiday season.