Why the Equal Pay Debate Misses the Point 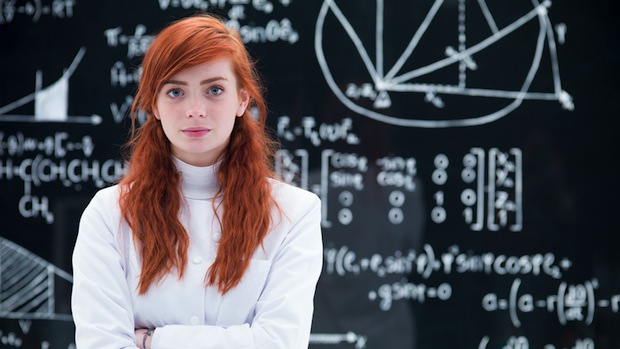 Senator Elizabeth Warren recently published a piece in which she argued for the importance of equal pay. She began by saying, “I honestly can’t believe that we’re still arguing over equal pay in 2014.”

But are we really arguing about it? It seems like most people of sound mind are for equal pay, though they may disagree on how best to legislate it.

And that’s the problem. This inequality runs deep in our culture – deeper than just a male-biased culture that refuses to pay women fairly -- and the issue has proven difficult to enforce. Warren has placed a great deal of optimism in the Paycheck Fairness Act, which would make salary practices more transparent and force companies to prove that pay discrepancies are due to performance or merit and not sex.

Maybe the Act will pass and make a difference. Maybe it won’t. But there is a bigger point that many are missing:

Equal pay won’t be the most pressing issue facing women in the workplace in the coming years.

The evidence lies within industries known for being meritocracies. According to Forbes, female pharmacists make nearly 100% as much as their male counterparts, lawyers as much as 80%, software developers 81% and computer programmers 84% -- all improvements over the national average of 77%. In advertising and digital – industries notorious for being as close to meritocracies as you can get in business – women make 83 cents on a man’s dollar. These numbers still aren’t fair. They’re not where they need to be. But they’re a sign of what’s going to happen over the next five, ten, twenty years as women continue to climb the corporate ranks.

Moreover, the skills that led to men dominating society are becoming increasingly less and less valuable. Brute strength and physical force gave men a distinct advantage in the caveman days. However, we’re in an information age now. We’re in a collaborative age. We’re in a connected age. Alpha male behavior, hardcore individualism, and brute strength aren’t the key ingredients to building great organizations.

Simply put, pay will eventually level out because the best organizations will soon be disproportionately run by women. But that’s only the first of many steps toward true equality. The truth is that paying someone what they’re worth is the absolute easiest thing a company can do.

Over the past 70 plus years, corporate culture has evolved to give women a place in the workplace. But not necessarily a fair place. Many of our societal and corporate norms -- constructed by men, for men – are in dire need of an overhaul to better reflect women’s rise to prominence. Companies who want to facilitate progress and reap the benefits of smart, talented women reaching leadership positions within their organizations will need to address these imbalances sooner rather than later.

Think about the choice a woman has to make when the time comes to start a family. In most cases she can either stay at home and give up on her career dreams, hold on to her job in addition to working as the full-time primary caregiver for her children, or she can put off having kids altogether and focus on her career.

If men were historically the primary caregivers, childcare would likely be an office perk, or even a right. Leaving to pick up your kids after school, or early if they get sick, would be the norm.

But this isn’t the case. Women today are expected to do it all.

What does this mean as the power dynamic shifts? It means that the best organizations – the ones that care about recruiting and retaining top talent -- won’t create corporate environments that punish women for being moms.

Maternity and paternity leave will, and should, evolve. Right now, only 69% of women take maternity leave, and companies aren’t even required to offer it if they’re under 50 employees. The women that do choose to take leave often find their careers derailed by being away for so long.

Only 12% of men take paternity leave when it’s offered, which it is by only 13% of employers. But what happens when women are making more money than men?

If the trends continue, women will largely be in charge in 20 to 30 years, so is it really sustainable to have maternity and paternity leave to not keep up? The best organizations will foster environments where women can thrive in their careers and as moms. And the same for dads. I know too many men who would laugh at the idea of a man taking paternity leave. But these mindsets will be vestiges of the past.

In our country, it’s customary for women to take their husbands’ last names. It has been for as long as we can remember. Not doing so often invites questions and scrutiny – or at least a few puzzled looks.

Right now men spend 10 hours per week on household chores. Women spend 18. We’ve grown up conditioned to believe that women should be responsible for home maintenance, even as their responsibilities outside the home have continued to grow.

Is this inequity sustainable? Especially when society in general, and organizations specifically, start truly valuing a worker for their talent and production, without the historical male bias informing their viewpoint.

The Elements of Leadership

There are plenty of adjectives to describe powerful men in leadership positions: Decisive. Independent. Stoic.

Too often, women of a similar demeanor are pigeonholed by a single word.

It’s no secret that powerful women are at risk of being perceived as colder or even less competent than their male counterparts, but the nasty stigma surrounding strong female leaders will have to change as the workforce evolves. Company decision makers will have to learn to look past deeply held, involuntary perception biases in order to recognize and promote the best managers.

And they’ll have to learn how to use adjectives that don’t naturally favor men.

Many other cultural disruptions will surely follow. These are just the tip of the iceberg.

We’ve lived in a male-dominated world for so long that both men and women blindly accept the male-bias. Dating and courtship will change. Even expectations in dress and etiquette will evolve. Arianna Huffington refers to it as the “third women’s revolution”.

The rise of women into more leadership positions will fundamentally challenge corporate culture and society at large.

Equal pay will take care of itself in time. But the best companies, the ones that want to thrive, are going to challenge the bigger issues head on. The deeper issues. They’re going to proactively adapt their policies. They’re not just going to pay fairly; they’re going to treat people as equals throughout their organizations and outside of them.

Those that don’t will be on the outside looking in when women start changing the world for the better.

I believe in equality, and not inequality. If you are looking for special treatment to make you equal, sounds like another hand out.

By the way I do almost all the dishes and all the laundry. I would like to see some equality in house work.