You’re Not Paranoid — Alexa Really is Watching You 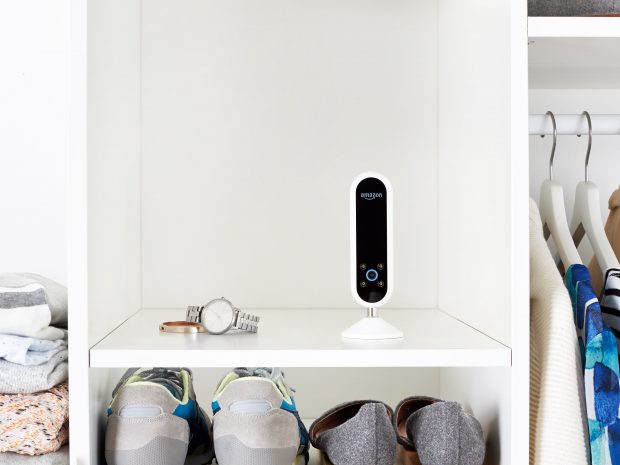 Japan adopted a translation of the Western word “privacy” because, in traditional Japanese, there is no word for it. But in our rapidly changing world, a new question has arisen: do we still need the word? Is privacy a thing that still exists (or if it exists now, will it continue to exist in the future?)

Although I find myself pondering the concept of privacy quite often, what sparked my imagination this time was Amazon’s Echo Look, a new product with Alexa’s features that also lets you take full-body photos and videos to collect and compare outfits. To me, the benefits of “seeing myself from every angle” and “getting a second opinion on which outfit looks best” could never outweigh the costs of putting a camera in my bedroom. I mean, how often do I (or most people) really need to take photos of their outfits? This product is a bit of a stretch.

It seems obvious who will really benefit from this product – Amazon.

At best, Amazon will collect clothing data on the photos customers take to sell more products. At worst, the camera will be tracking a lot more of your life. And consumers are acutely aware of this. A recent Business Insider survey revealed that 82 percent of respondents said they're unlikely to buy Echo Look, and only 3 percent said they’d buy it as soon as they can. Twenty-three percent of respondents identified privacy fears as their top reason for not buying the Echo Look.

While they’re right and privacy should certainly be a concern, in reality we all carry multiple monitoring devices around all day. We have smartphones with cameras and microphones that track our locations and preferences. As much as we say we want privacy, how many of us really take the necessary precautions? Nearly 95 percent of millennials have shared information while on public Wi-Fi. And countless people use Facebook with their phone’s voice assistant turned on by default. All of these actions are ways people let their personal data leave their network. Because as the saying goes, if you aren’t paying for a product, you are the product.

Despite how much we all use these gadgets and platforms, very few of us consider the ways we’re becoming that product. And even fewer people take precautions against it. There’s a digital divide between people who understand the implications of privacy and have the tech savvy to protect themselves, and those who don’t. The Harvard Business Review believes this privacy paradox could be partly due to third-person bias, meaning that even when people perceive potential risks, they believe those risks don’t apply to themselves — just to others. And as much as we may like to think we’re in charge of the technology around us, we’re not.

Take the Google Doc phishing scam fiasco. Over one million people failed to question any of the red flags and gave hackers access to their accounts and emails. And even more recently, look at the WannaCry ransomware that took over hundreds of thousands of computers — demanding $300 in bitcoin just to restore access.

If we don’t acquire a certain amount of digital street smarts, we’re setting ourselves up for trouble. In a fitting analogy, Amy Webb, a futurist and founder of the Future Today Institute, points out that even though most people don’t understand how their car works, they still know to put on a seatbelt when they get in the car. Similarly, the average person may not know how devices or servers work, but we should all still educate ourselves about protecting our data through methods like using a password manager, removing cookies from our browsers, regularly checking our computers for spyware, enabling two-factor authentication and covering your laptop’s camera.

With new technology coming out everyday, we’re always rushing at high speeds, and we’re headed for a crash unless we start doing something about it. It’s unlikely Amazon’s Echo Look will become mainstream because the use-case isn’t powerful enough. But consider the devices you already have around you. Is there really such a thing as privacy anymore? No matter how much we choose to ignore the privacy and security implications of our devices, our devices certainly aren’t ignoring us.

Great stuff! Check out Christian Fuchs' work on privacy and the prosumer discourse. Specifically, his piece: "towards an alternative concept of privacy."