Writers, This Horrible Truth Shall Set You Free 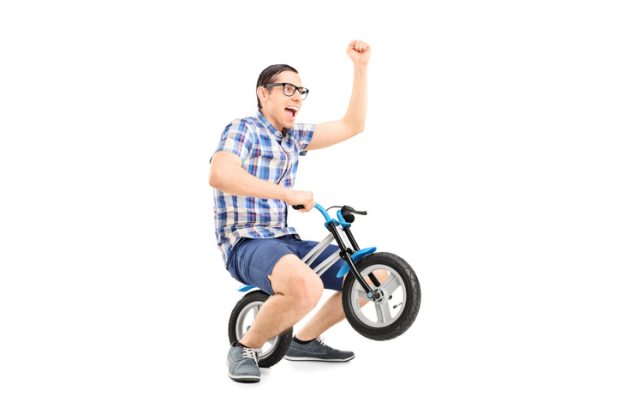 I know we just met, and I would hate to come off as rude, but I want to get straight to the point. If you’re a writer (or an artist, or any other creative type) I’ve got some good news for you. And I’ve got some bad news.

Let’s rip off the bandaid and do the bad news first:

Nobody gives a fuck.

If you’re anything like me, this news does not come as a shock. The soul-crushing magnitude of your insignificance weighs upon you at all times, and you can’t stop thinking about the fact that you are one in 7.5 billion people on this rock in the sky, and that there is no sky, there is only an ever-expanding void we call “space,” and that a neutron star rotates 600 times in just one second. Meanwhile, you’ve just spent 20 minutes looking for your sunglasses before realizing — they’re on your head.

Sadly, not enough writers know how unimportant and tiny they are.

How do I know this? Because I have read more boring, terrible, insufferable writing in the last 10 years than most people read in a lifetime. Not by choice, just by trade.

I’ve worked as a book editor at a publishing house, a fiction reader at a literary magazine and a college English teacher. I’ve read dozens of essays about students’ first baptisms, 300-page family histories dating back to the Mayflower and — true story — an entire book about some guy’s Shih Tzus and their eyedrop regimen.

This isn’t to say that my writing is perfect. One of the best (and worst) moments of my writing career was when a professor read three sentences of my short story out loud to the class, tossed the paper aside and said, “Yawn.”

Just like all of the other boring writers in the world, I was trying to “follow the rules.” And when it comes to getting anyone’s attention, following the rules is the worst thing you can do.

No one gives a fuck about your writing. Fucks are hard to come by. Fucks are precious. People only have so many fucks to give in one day of their beautiful, Mayfly life. As a writer, it is your job to coax them into giving their fucks to you.

Here’s how you can.

It’s not you, it’s everyone. The world is oversaturated with reading material that no one wants. That means you have to try a little harder to get (and keep) reader’s attention. Which leads me to my next piece of advice.

Get to the point. And make sure you do it in eight seconds or less, because after that, no one cares. According to Time Health, “people now generally lose concentration after eight seconds” — which btw, is shorter than the attention span of a goldfish.

No one wants to read your 9,000 word blog post or the background behind why you’re writing it. The academic term for that style of writing is “masturbatory.” Just give the people what they came for.

Instead of worrying about comma splices, use a funny word. Instead of sticking to the brief, make a joke. Try putting the end of your story at the beginning and get straight to the point. Tell an interesting story.

And on that note, stop assuming your stories are interesting. Ask yourself: would you read your own article or story or blog post? This sounds like common sense, but not enough people do it. If the answer is no, then don’t bring it into this world.

Some of the worst papers I ever graded when I taught college were written in “academese,” aka, my students were perusing the thesaurus in order to fashion more erudite jeremiads, thereof.

It’s not just college kids that make this mistake — I’ve seen the same problems in books, cover letters and blogs. And when copywriters try to get too clever, their message gets muddled in self-gratifying writer goo.

It all comes back to one bad habit: trying to sound like “a good writer.”

Instead of trying to sound smart, try sounding dumb, or vulnerable, or excited, or scared. Try sounding like yourself. Because whatever you do, no one can be more you-er than you, or whatever that Dr. Seuss guy said.

Okay, I promised there was good news, so here it is. The best part about no one giving a fuck about you is this:

No one gives a fuck about you.

Your own lack of import can be very freeing. Why not write that crazy headline? Or that script with unicorn poop jokes? Or that blog about the time you ate out of trash cans? Go bananas! If your boss tells you no, well okay then. If you fail, who cares? Ask yourself: what is the worst that could happen?

I had a great time not reading this.

I don't know which piece of writing between this article, or its sole comment down here, is more long-winded, self-masturbatory, and utterly unhelpful to anyone aspiring to be a writer.

Oh and despite trying to format, check for errors, type it all in a word doc then copy and paste back here it STILL decides to ignore the effort I put in.

And yet 1.) everyone tells me to write/that I should become a writer. It is almost as if this is what they tell someone when there is no other redeeming trait the individual they are telling to write be it aesthetically, academically or athletically as to get out of being mean enough to drive an individual to such despair that said someone would throw themselves in oncoming traffic as a preferable option to a life of living in a group home and/or at the income level of a Wal-Mart cashier for life – oh, and those are the BETTER options.

2.) That I don't even like doing it (writing), but don't feel that I'm that terrible at it. Of course, I can’t get paid either, at least, not in any gainful manner. Oh sure, it must be nice and great when you have so many years under your belt and are so talented that you can get away with being all "witty" for millennials and the Gen Z crowd (or E-gen or whatever they're calling this cohort now that they ran out of letters) ... but not all of us were born persuasive. I didn't spend all of high school and college unwillingly single because I was great at selling/conning people into seeing things MY way, did I? However, can you imagine a life where you rot away in minimum wage hell because of it? Oh, and unwillingly celibate for life? Wait, of course not. Even single mothers are going to want more than a section 8 housing reject by the way. Just wanna throw that out there. My lack of ability to win popularity contests has plagued me from elementary school onward. Apparently to be a good writer now, you still need to, oh, right, be a great salesperson. You know, the one thing that I suck at so horribly that I couldn’t convince a band of Saudi princes to buy air conditioning, but hey, “life’s unfair”, modus operandi of the entire universe for everyone’s existence apparently. WHY good writing has to be particularly “sales-y” however, is beyond me. I don’t know and I don’t get it. In fact, I hate when someone even kind of seems like they are trying to sell me on something, or, like you, seem witty. Utterly. It usually backfires fantastically on their part too.

3.) For someone that just told me to be scant, your article is sure LONG! So, in addition to being derisive, it doesn't take its own advice. That's peculiar. And "jeremiads"? There you go breaking your own rule again. By the by, when I have to Google a word - you know it's fucking arcane. How arcane you ask? (Okay you didn't but let's put that aside.) - LSAT vocabulary level arcane. As in you will never see this word outside of someone pulling it from a thesaurus. Hell, you are more likely to see the words "suprachiasmic nucleus" than you are jeremiads. Also, I love how spell check has that in there, but can manage to miss simple words. At least it isn't my phone autocorrecting ill to "I'll" (Yeah, thanks a lot STUPID phone...)

As for your advice: Sound like myself? I have been unwillingly chaste and single a whole lifetime and have yet to achieve a white-collar job with an undergraduate 3.0 average (while disabled and sickly AND bullied -psst it's only that low because of algebra, flunking a class twice before getting a C finally will do that – thank you Bob Toburen) and an MBA. Nobody wants "myself" but everyone keeps giving me the solidly worst, most contradictory and convoluted advice I’ve ever heard. And I do mean EVER! "Myself' happens to be the worst brand ever and career suicide, but I'm supposed to be this "myself" person anyway? Really now. Worst. Advice. Ever. But hey if you know someone actually willing to pay around the median average for undergraduates and on par with the costs of living in a city, hey, you can feel free to write my fucking email (if YOU can get paid and drop the F bomb, then I should not have to fear reprisal for it OR be "professional") Hey though, if you have more salient advice with more brevity than "be myself" and "nobody cares" or a million and two different ways to put in more effort despite being honestly exhausted and still get hired? Feel free to actually share it, or better yet offer actual help other than "I don't care" or generic crap that I can either a.) google or b.) read elsewhere countless times (in one form or another). I do mean a real adult job too, the kind capable of convincing an attractive college aged woman (or grad school aged woman) that I'm a mature adult and have my head on straight. Just saying. It’d be nice to have some semblance of happiness in this world before I actually die or am too sickly to even attempt to enjoy it. Of course, again, that whole gainful income problem rears its ugly little head and well, I mean maybe your significant other is dirt poor and socially awkward, but color me a skeptic, I doubt it very highly.

Now, my story is boring, I'm boring, and I never wanted to be interesting or persuasive. I'd have loved to have been told I was good at literally anything else and told to be anything else but a writer. I never got that luxury. I’m not a salesperson, I’m not witty, I’m unpopular, I’m oozing with acerbic misanthropy, (yeah, and not loving people is a mortal sin in the career world for anyone but engineers apparently…) I’m particularly aesthetically less than appealing, I’m weird, I’m not charming, and I am most certainly not “nice”, in fact, nice might as well be a rare form of cancer, as I swear my entire biology is fairly averse to the stuff. But what would you have the F student in algebra do? I don’t really have many options, here do I? But hey there’s not a single good thing in this entire spiel about me worth reading is there? Least of all my writing! Hilarious eh? At least we agree on something?

Is this a sesquipedalian and loquacious enough diatribe for you dear?

tl;dr I really needed to be hireable before it was too late. Starving artist just doesn't have the glam it did back in Hemmingway's era.