Wink or Twitch: The Case for Ethnography in Communications 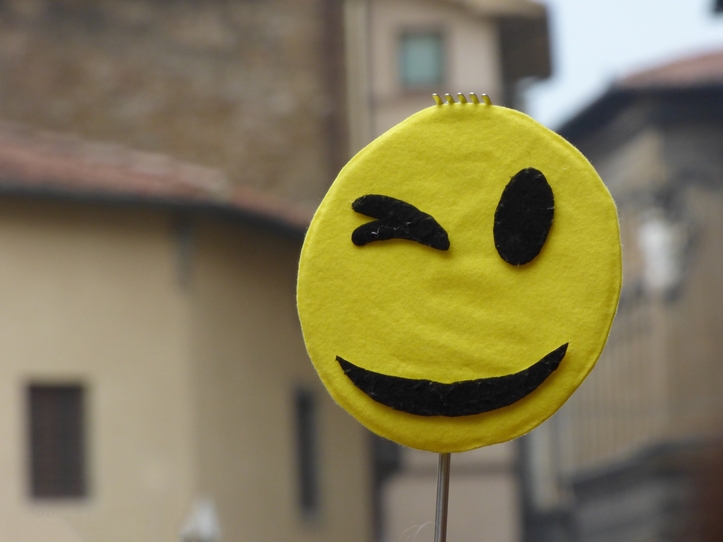 What’s the difference between a wink and a twitch?

Ethnography is a marketer's best friend. Or at least, it should be. It puts you face to face with the people you want to better understand, helps you understand why we do the things we do, and determine how to best position your brand, product or service for success. And yet, most marketers don't know what ethnography is, let alone how to use it to build a marketing strategy.

Imagine two kids are playing at school recess. Both are blinking an eyelid. One is doing so involuntarily and one is doing so on purpose. How can you tell which is which? They look the same, but if you’ve ever mistaken an eye twitch for a wink, you know there's a big difference in meaning between the two.

This is an example from my favorite anthropologist, Clifford Geertz. He notes that if you look into the wink, there are a few messages encoded in it. The wink is (1) deliberate, (2) to a particular person, (3) to get a particular message across, (4) part of an established social code and (5) unnoticed by others.

All this to say: both kids did the same thing: blinked an eyelid. But the wink is layered with social meaning, while a twitch is just a twitch.

This is anthropology. The anthropologist’s job is to identify all kinds of winks — language winks, self-identity winks, belief winks, all winks — uncover their meanings and relay what they mean in everyday life.

Ethnography is the main research method in anthropology. Quite literally “culture writing,” ethnography is done through participant observation. That is, joining the group of people you’re trying to understand, sometimes for days, but usually for months and sometimes even years.

The best ethnographies use “thick description,” another term from Geertz. Thick description not only describes what happened but also tries to answer why by placing it in as much context as possible. A good ethnographer notices when a wink is different from a twitch. A great one gets to the root of why and how they’re different, the meaning rooted in the wink, and how the wink changes meaning in different situations.

So where do anthropology and ethnography fit in with communications? Well, pretty much anywhere. One of the most celebrated examples is Dr. Genevieve Bell, Stanford anthropologist-turned-Intel UX lead. Dr. Bell conducted ethnographies, studying the ways in which people were using, resisting and remaking new information and communication technologies. She launched and headed Intel’s UX research department for 14 years before founding her own institute in 2017.

Dr. Robert Morais completed an anthropology Ph.D. before working at Grey and other ad agencies. He rose to chief strategy officer and launched his own research firm and the Business Anthropology Community.

And Dr. Timothy Malefyt, who, along co-writing a book with Dr. Morais, has written articles like Using Ethnographic Insights to Foster Positive Value Exchange between Consumers, worked in account planning on brands like Cadillac. Morais served as VP of Cultural Discoveries in BBDO’s in-house ethnographic group.

Ethnography in communications helps uncover the meaning behind the words people say. Here’s an excerpt from an interview with “Jenny,” an account planner academically trained in anthropology:

It wasn’t enough to just create an ad strategy based on people’s explicit answers… When you talk to people and take their verbatim answers it leads to stupid work.

In that interview, Jenny talks about “latent meanings,” positioned by broader cultural trends, which demand that survey answers are read and interpreted in their social context, on a larger scale.

General Mills had a wink problem. They were trying to break into the $2 billion yogurt market. They knew there was a wink: family breakfast was shifting. But they didn’t know what that wink meant to or what to do about it.

Enter the ethnographers. They set up video cameras in consumers’ homes at 6 a.m. and studied the ritual of morning breakfast. There was an assumption that family breakfast was a sit-down time when everyone gathered and prepared for their day, with the most important meal of the day in front of them. The insight: breakfast was actually an “individualized and intermittent series of snacks eaten up to 11:00 a.m.”

The solution: Go-GURT. Healthy enough, portable yogurt. In two years, Go-GURT captured 7% of the yogurt market, a market that continues to grow.

Ethnography can be an invaluable tool for marketers. Entire human sciences agencies exist to help brands understand human behavior. ReD Associates is one that has changed the way I see advertising.

When Lego came to ReD in 2006, the toymaker was “bleeding cash” and had branched into action figures and video games. With more new ventures, why were sales falling?

Lego wanted to understand kids’ dynamics of play. So along with ReD, they chose a phenomenological approach — the study of things as they appear in our lived experiences — and conducted a series of ethnographies in the U.S. and Germany. The researchers spent months collecting data, interviewing parents and kids, creating photo and video diaries, shopping with the families, and studying toy stores.

What quickly became apparent was that Lego needed to accommodate not only kids’ play dynamics but also intergenerational dynamics of play between parents and kids. By branching away from their core line of bricks and Lego sets, parents’ nostalgia was falling fast — as was their willingness to buy Lego for their kids. A few more key insights emerged:

Taken together, these point at the fact that although Lego thought kids wanted fast-paced play, they actually value slow play that takes time to master. This is what we also see with video games — just like with an instrument, you log your hours of practice until you master your craft. People (adults and kids the same) don’t necessarily have short attention spans. We’re just selective with how we spend that attention based on how we process several outside factors.

Lego did several things to reverse the downward spiral, including:

Digital anthropology and ethnography mean something different to everyone. But at its core, it’s about the relationship between humans and online tech — anything that can be reduced to binary 0s and 1s to pass messages from one place to another.

Sometimes that means doing ethnographic research online. There’s a lower burden to the research because of the democratizing effect of online communication. We know the internet has led to connections between people that would have been impossible in the past, or “beehives.” So it isn’t only big brands with gigantic budgets who can do this type of research.

This brings up a bigger point that Dr. Daniel Miller writes about: you might be able to isolate a person or a group’s digital interactions to study them, but you have to place them in the context of everyday life. The goal is to go deep, to use thick description to place interactions in context. The digital doesn’t exist in isolation, and neither should the research.

In the end, many ethnography methods have been adopted by marketers to study how people interact with their personal tech. How our phones make us into different people, how they’ve become integral parts of our lives and how we’ve felt the need to unplug. The same goes for smart home applications, connected cars and voice assistants. These are the qualitative ways in which we can not only understand the gaps between what we say and what we do but also how we can create and market products in a more human way.

*Bonus points to you if you gathered that I have a B.A. in anthropology.

Cool I love this article .it's standardized, clear and concise ,that i never heard about it before.

All the information is on point. Thank you for sharing this to everyone, you've given me something to think about, in a very good way.

I've been following this blog for a long, and like always there is something good to learn. Thanks for providing this article for us!

I’m pretty new here but this good to hear. Everyone here has been super friendly and helpful. Great forums. Thank you for hosting.

Your point is very good. There are some great information here. I think that if many people think about it that way, they will have better time to understand the problem. Thanks for this blog.