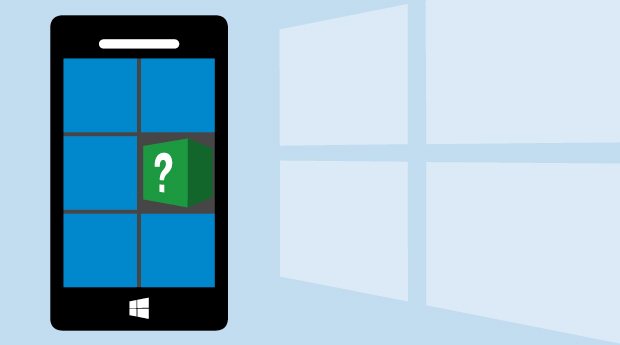 Unfortunately, the smartphone market is about as predictable as a group of kindergarteners on a trampoline - one wrong move and someone’s going to fall flat on their face. Look no further than Blackberry, which recently surrendered its rank as the number three smartphone OS to Microsoft’s Windows platform. If the Windows phone gets the right footing and continues to build momentum, it will be a serious contender for the number two position in the near future. That could go a long way toward reinvigorating the Microsoft brand, which has seen its value sag over the past few years.

The problem is that Androids and iPhones don’t appear to be easing their stranglehold on mobile sales. However, there may be just enough cracks in their respective armors for Microsoft to make a dent.

Together, Android and the iPhone comprised over 90% of all smartphone devices sold worldwide in the first quarter of 2013. Though Google and Apple appear to have cornered the market, the smart phone industry constantly shifts to offer consumers more updates, features and more alternatives. This leaves an opportunity for a challenger to make a dent in the market.

While Android holds its expected 75% of market share, with over 162 million units sold, the iPhone, which is less known for updated features, slipped from 23% to 17.2% of market share in 2012.

Meanwhile, the Windows Phone has already started squeezing its way in. Microsoft, who partnered with Nokia, sold 7 million units in the first quarter of 2013. Latest reports show the Windows Phone holding 3.2% market share, elbowing Blackberry out of the number three spot.

Do I See a Worm in that Apple?

One of Apple’s biggest weaknesses is that they haven’t introduced any significant new hardware or features to the iPhone in years. They’re also the phone’s only manufacturer, so if a buyer wants a better iPhone, their only choice is to wait around for next year’s release. Overall, the iPhone is a relatively expensive option that doesn’t offer much in the way of choices for consumers with varying budgets.

The Windows phone is only available through a handful of manufacturers, but still offers more options than the iPhone. Microsoft also has the advantage of corporate and enterprise appeal, with most businesses using Windows devices.

Apple lacks this edge, appealing mostly to the ‘urban elite’. But the main challenge for Microsoft to overcome will be Apple’s brand loyalty, as the iPhone has proven to be extremely resilient in the market. Though Apple only constitutes 17% of the smartphone market, they own that entire 17% – they don’t have any other manufacturers with whom to share it.

When it comes to the Android market, Microsoft will remain the underdog unless Samsung suddenly buckles under the weight of its success in the smartphone market (which isn’t likely). Android sales are doing too well to be significantly impacted by the Windows phone. Google also has enough momentum to continue gaining more manufacturers, though it’s entirely possible that with more success, the Windows phone will steal some of them away.

Success in the mobile market climate can be hot one week and freezing cold the next. Realistically, however, it will be at least a decade before Microsoft becomes a real threat to the Android market. There would have to be a serious collapse within the infrastructure of Android for Microsoft to become the next mobile stronghold.

Apple was already a successful brand before the launch of the iPhone, but four years after the phone’s release, Apple stock value had nearly tripled. Google has seen a similar increase since the release of the first Android-operated smartphone. Meanwhile, Microsoft hasn’t seen any significant boost in company value since the late 1990s. What was once an undisputed tech giant could be in serious financial trouble.

Even more concerning than Microsoft’s plateaued stock prices, is its waning relevance. Google and Apple are viewed by many as being on the forefront of innovation, while Microsoft is a brand of yester-year. Google and Apple are sleek, intuitive, and powerful. Microsoft is that same familiar Windows logo hovering over a slug-paced progress bar. Microsoft’s challenge is to alter that perception, which is easier said than done.

The Windows phone has the potential to become a tech standard in the business world, but for Microsoft to become truly relevant again, they’ll need to branch out from their outdated brand identity. They need to find a way to speak to a broader audience, to make their phone integrate easily with a variety of other devices – not just PCs, and to appeal to a new generation that views Windows as nothing more than an ancient relic.

If they succeed, the Windows brand could become fresh and exciting in ways that it hasn’t been in over a decade. If not, Microsoft could be the next in the long line of tech has-beens that failed to keep up with the times.

I think iPhone grip on the smart phone market is starting to wane a little, as proof see the Galaxy S4 by Samsung. Microsoft is passe but i think they have a real shot here with some creative mobile marketing to substantially cut a niche into the market. @BigDaddyTee2013