Something Wicked This Way Comes: Fear and the Future of Tech 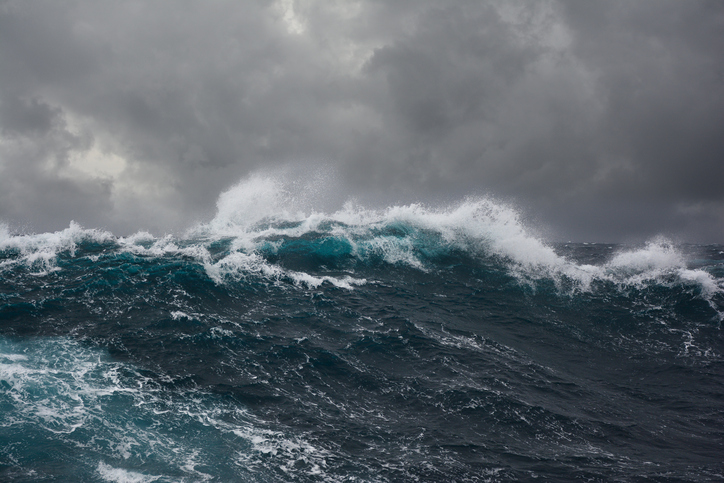 People like to joke that the only real constant in life is change, but change has an interesting way of affecting people that often results in resistance. This resistance usually comes from a fear of disruptions to established patterns, jobs or power. At the time of any technological advancement, there are always skeptics who adamantly say they’ll never accept change because of concerns over health, freedom and security.

But these days, it’s hard to imagine life without the technological innovations we once feared. It’s also difficult to understand how society was so afraid of the “scandalous” advances that now seem normal and, arguably, indispensable. It begs the question: what technology do we fear today that may become the norm tomorrow? And will our tech-induced anxiety stand in the way of our advancement?

There’s no doubt we’re on the brink of major scientific and technological breakthroughs. With Moore’s law of exponential growth, we are constantly experiencing the greatest transformative changes in the course of human history. So if you’ve ever felt like new, controversial advancements are happening every day, it’s because they are.

One recent culprit is voice tech. Virtual assistant technology is rapidly spreading from phones to cars to homes. Apple’s Siri, Google’s Assistant, Amazon’s Alexa and Microsoft’s Cortana are all fighting for the biggest share of an expanding market. Their competition, along with advances in speech recognition and big-data storage, will push society into a screenless future, likely within three years.

And already the backlash has begun. The idea of a device “always listening” and recording conversations seems to some the equivalent of an eavesdropper sitting silently in the corner of their living room. Even early adopters of voice devices were annoyed by the unexpected Beauty and the Beast “ad” last month. They also felt violated by Burger King’s recent stunt. (I know multiple friends who unplugged their Google Home to recover after that one.) These examples only scratch the surface of how virtual assistants will continue to press on society’s fear of losing control and privacy.

But these bumps will do nothing to slow the forward motion of tech and time. Already Google has responded by releasing further Home voice-recognition updates and support for multiple accounts for more personalization. And soon even virtual voice assistants will become blasé. After spoken commands and inquiries will come the ability to control technologies and environments exclusively with eye and hand motions. And quickly after that, we’ll be able to do it all in seconds simply by thinking.

As technology rushes past us faster and faster, we’ll eventually reach a point where we can’t keep up. Ray Kurzweil believes this point will be in 2029, when artificial intelligence (AI) passes a Turing Test. He also predicts that in 2045, we’ll realize The Singularity, the point where runaway technological growth results in unimaginable changes to human civilization. In the meantime, Kurzweil believes that by the 2030s humans will connect our brains to the cloud.

This might sound familiar, as Elon Musk recently announced his plans for Neuralink, a brain-computer interface. While our human brains are limited by biology and can not quickly evolve for greater capacity, overlaying AI directly on our brains would give us limitless computing power. Musk believes this assistance is necessary in order to get ahead of AI, which he says is probably humanity’s “biggest existential threat.”

“If you want a picture of AI gone wrong, don’t imagine marching humanoid robots with glowing red eyes. Imagine tiny invisible synthetic bacteria made of diamond, with tiny onboard computers, hiding inside your bloodstream and everyone else’s. And then, simultaneously, they release one microgram of botulinum toxin. Everyone just falls over dead.” - Elon Musk

Musk’s neural lace would allow AI to work symbiotically with the human brain. Information would transmit wirelessly and without interference to normal neurological processes. This would potentially allow for the sending and receiving of messages exclusively by thinking. Although Musk believes healthy people could get these brain implants within eight to 10 years, there are many who are skeptical based on where technology stands now.

In the end, society will only accept an advancement like Neuralink if it is easy to try (and abandon), and if it is seen as a significant improvement over what exists. Once the value outweighs the ethical, political and moral implications, then new advancements such as this will become commonplace.

So while it may sound absurd now to say we’ll one day have the ability to download memories from one body and upload them into an entirely new body, it’s not as far off as you think. The trick is getting people to take such technologies for granted, much as we all do now with things like taking rides with Uber, or staying in people’s homes via Airbnb.

As history shows us over and over again, science always disrupts society, and society always adapts. Once the avalanche of acceptance wins out over resistance, people will quickly forget their past objections ever existed.

I'm not looking forward to that screenless future, as it seems to imply and entirely-hands-off *input* system as well - - and I'm already not fond of the keyboardless aspects of the *present*. At the absolute very least, speech-to-text had better become a whole damn lot more foolproof before they take away the keyboards, or at least the virtual keyboards -
- you should see how much hand-editing I've had to do to even just this first paragraph, after "typing" the "first draft" with my phone's speech-to-text feature. I'm also really, really going to miss touch typing. It's bad enough you can't do it on a virtual keyboard on a touch screen - - at least today I can still resort to a physical keyboard when the urge arises..

See, the world is overlooking the fact that there are things just as valuable as - - or more valuable than! - - simply having the latest and greatest new thing, or the smallest and most powerful handheld (or wearable, or implanted, or whatever) device. Older technology involves a tactile experience that newer technologies largely lack, which gives the new stuff a thin, pale, weak, shallow "feel", to us old-timers. There is simply no substitute for the physical motion of a keyboard key depressing under your fingertip as you blast along touch-typing at a hundred words per minute.

I also have a ton of old technology, digital and otherwise, that dates back into the 1950s, which frankly I am not done playing with just yet! Sure, you can emulate a lot of things, but that doesn't help when you have a lot of, say, physical reel-to-reel tapes, or video games that require connecting to the antenna screws on the back of an old analog TV set! I'm absolutely horrified at the elimination of VGA capability from today's TVs and monitors - - that's one of the *newest* types of video my equipment needs to be able to display! - - and I'm *thoroughly ticked off* that modern laptops apparently don't come with CD/DVD drives anymore: I have cabinets full of discs full of precious data I don't want to lose, so what am I supposed to do with all of those?