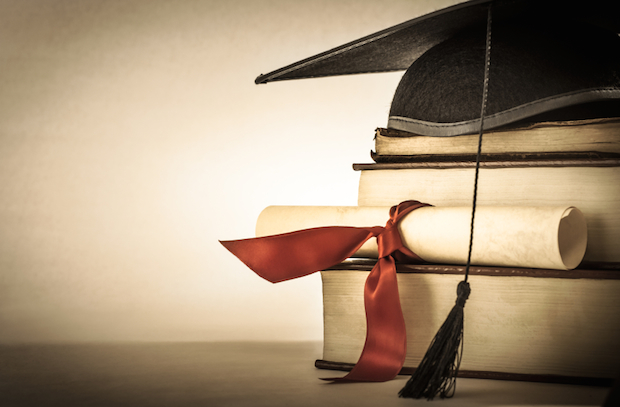 For as long as I can remember, the structure of an English argument paper has been ingrained in my mind. You have your intro where your thesis resides, oftentimes in the last sentence. Then you have your body paragraphs, which contain your supporting evidence. Then there’s your conclusion, in which you restate your thesis and wrap up your piece.

For me, it was. There’s a specific and detailed way to write the paper. In fact, there are even instructions for the way each individual piece should be structured- what your intro should look like, how your body paragraphs need to be constructed, and the way your conclusion should flow. It’s all very particular. It’s all very structured. According to the Purdue OWL, it looks a little something like this: 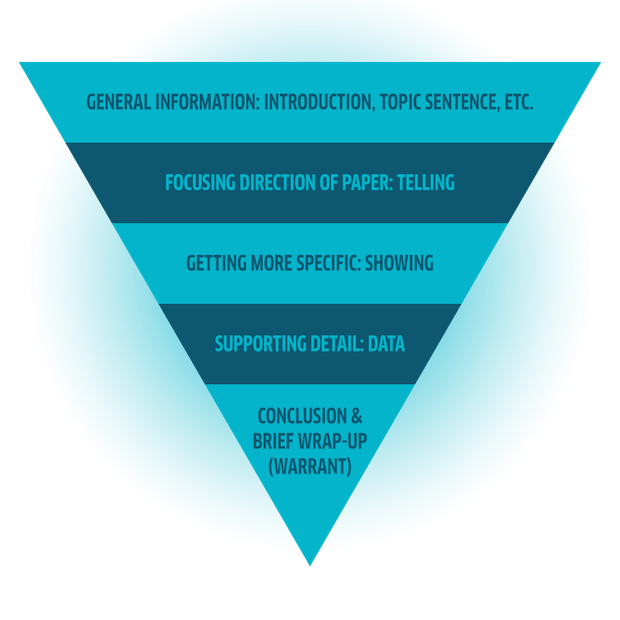 Follow the rules, and you should succeed. It served me well throughout school because I knew exactly what my teachers were looking for: intro, supporting evidence, conclusion.  I didn’t need to be a poet—I just had to follow instructions.

Argument papers aren’t just for English class—they dominate our curriculum. The format may vary slightly, but one thing remains the same: there’s a structure to adhere to when you write a paper for a class. And if you can follow these rules and stick to this structure, you should be golden. You should become a better writer.

But outside of class—outside of school—it doesn’t work that way.

The Problem with Structured Writing

I’m the last person to say English class and academic writing are bad. As a copywriter, it would go against the foundation of my education, my passion for writing, and the spark that led me to the work I do today.

Academic writing isn’t bad… it’s limiting. There’s an emphasis on structure in academia, as there should be. But we don’t counteract that emphasis with freedom of expression—particularly, freedom of expressive writing. Unless you take a creative writing course, you’re pretty much stuck with the same old structure every time you put pen (or cursor) to paper.

This works great in the classroom. It serves an even better purpose when you get to college. But what about after, when you want to go out into the “real world” as a writer?

I can tell you one thing—that outline you cling to won’t get you very far.

From a young age, we’re taught a very specific form of communicating with the written word. You can outline your thoughts down to the sentence (remember sentence outlines?). This form of writing becomes our go-to.

The problem is, it really only serves one master: academia. So while it works well if you’re staying in that world (perhaps as an educator), it doesn’t necessarily serve you well in another profession. Why?

Because we don’t write this way.

Writing, in this industry in particular, is so much more than an intro, body paragraphs, and conclusion. In fact, there’s really no set structure to it at all.  A blog post for one client looks completely different than one for someone else. Really, two blog posts for the same client look completely different. Writing no longer depends on structure. It depends on content. It’s creative, it’s ever changing, and it’s what you make of it. But ultimately, writing becomes about conveying your message in a way that will keep people engaged.

Isn’t that what writing is always about at its core? Communicating and engaging people through the written word?

But adapting to creative writing, or simply non-academic writing, is difficult. It’s hard to think outside the outlines, the structure, and the rules that we’re taught from such a young age. We become stifled by our education. And on top of this, we have a new challenge. We no longer have teachers that must read what we write. Instead, we have audiences that will only read our work if we catch and keep their attention.

Here’s the kicker: there are other forms of writing. There’s journalistic writing, poetry, creative, etc. The list goes on and on. All you have to do is sign up for a class. Or declare a major. Or recognize it’s a unit of your English curriculum.

But academic writing isn’t a unit. It’s not a single course, or only emphasized in a major. At the core of our education system, it is the pinnacle form of communicating through the written word. Because, you say, that’s what education is about—academics. But is it?

In his TED Talk, “How Schools Kill Creativity," Sir Ken Robinson said, “I think you would have to conclude the whole purpose of public education throughout the world is to produce university professors. Isn’t it? They’re the people who come out on top.”

If we look how we emphasize academic writing through this lens, it makes sense. But if we argue that academia has a larger purpose than just creating university professors, then we would have to realize that emphasizing other forms of writing is crucial to meet the demands of other industries that also value written communication.

So what would happen if we expanded our academic curriculums? If we taught that other forms of writing were just as important, just as valued, as the academic argument paper?

I think if nothing else, we would get a whole lot of kids who expand their creative abilities. And hopefully, we would be more comfortable entering a world where writing doesn’t often follow a strict form, but follows whatever form you lead it to.