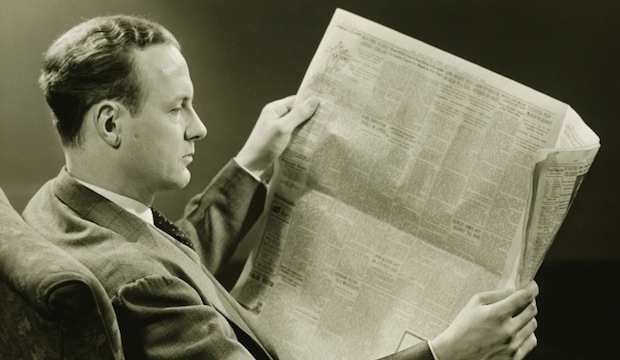 A year ago the marketing world was abuzz about “snackable” content. Everything was getting shorter. Blog posts were getting replaced by lists. Lists were getting replaced by infographics. Infographics by short videos. Videos by short blurbs. And on and on and on. Marketers were panicking over shortened attention spans and trying to optimize everything for tiny mobile screens.

But a pendulum can only glide so far in one direction before it starts to swing back the other way. So, despite the rise of snackability, long form content never actually bit the dust. And by now I think it’s proven that it never will.

Snackable content is described across the web as content that’s smaller and easily digestible, but still offers insight and creates deeper meaning.

The downside is that, as appealing as that definition sounds, you can’t always have it both ways.

You can’t always cram all the meaning and insight of a research article into a single infographic. You can’t replace all the information from your best whitepaper with a short blurb.

It was silly to think that we could condense everything to its most minimal form without losing anything in the process.

It was silly to think that long form content would ever truly disappear.

Lately, if you pay attention, you can feel users and brands alike pulling away from things like memes and infographics and lists, if only slightly. Instead, Tesla is writing hybrid Press Release content using a storytelling approach and publishing for free on Medium. Users are sharing long form branded content like the recently popular “First Kiss” (which clocks in at over three minutes) because it tells a story and explores human emotion with depth and authenticity. Forbes’ BrandVoice, and other platforms like it, allows brands to publish lengthy articles alongside staff pieces, where they’ll live and die based on their quality and relevance rather than their ad spend.

But long form isn’t just for brands known for their high reading level.

Buzzfeed, the mothership of snackable content, saw this coming and quietly adapted. It’s one of the biggest reasons their popularity is still growing while their over-promising cousin, Upworthy, has become a national punchline and seems to be on the decline. Over the past year or so, Buzzfeed has started supplementing their goofy lists and quizzes with real, long form content that engages readers on a deeper level and makes them more likely to view other articles or return to the site later. And they’ve done it while maintaining an approachable tone and format that doesn’t overwhelm their target audience.

Across the web, marketers and content creators are re-learning a lesson that never should have been forgotten – views and headline clicks don’t make the world go round. There’s truly no substitute for an engaging, immersive content experience, even if it requires a little extra effort on the part of the user.

The bottom line? Snackable content is fun, and it should still have a place in your strategy but it’s time we appreciated the importance of long form and stopped trying to get rid of it. Because, ultimately, long form builds thought leadership, it ranks better, and it holds more meaning.

The resistance, though, is understandable.

It’s one thing to create a Vine video with whatever equipment you have lying around, throw it up online, and see if it sticks. It’s another to concept, budget, script, storyboard, and produce a three-minute short film and risk it falling flat. It’s one thing to have an idea and write a glorified Tweet about it for your blog. It’s another to explore that idea from every angle in a thousand-word piece that takes a high level of writing and storytelling ability.