Why Is Every Movie a Love Story? 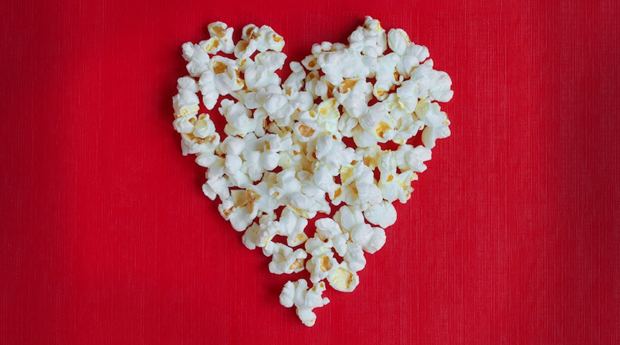 Spoiler alert. We’re about to tell you the ending of every action movie ever.

The bad guy is either dead or being hauled off to jail. The hero, beaten and bloodied, stands triumphant as sirens whir around him. Maybe it starts to rain. Then he shares a long, passionate kiss with the smoking hot love interest. Maybe they call back to an inside joke from earlier in the film, something to let you know they’re going to live happily ever after.

It’s become so common, in action films, thrillers, dramas – across every genre, really – it makes you wonder: Why does every movie have to revolve around a love story?

Everyone remembers the broken glass and the “Yippee Ki-Yay” from the Bruce Willis classic, Die Hard. But if you recall, John McLean not only had to defeat the terrorists in the end, he had to win back his estranged wife, Holly.

Better known for its iconic “painting” scene rather than its depiction of one of the most famous events in human history, Titanic isn’t so much about a sinking ship, but about star crossed lovers who overcome impossible odds to be together.

The Lord of the Rings is primarily about an epic battle for the fate of the mythical Middle Earth, but you’ll also notice significant screen time is dedicated throughout the trilogy to the love story between Aragorn and the beautiful Arwen.

It’s sure as heck not about great storytelling.

By inserting a love story into a shoot-em-up action flick, for example, studios are able to (at least, this is the rationale) make that film more appealing to women and therefore hit additional quadrants in terms of ticket sales.

When it works, it can be really effective. The balance of emotional stakes and high-octane action is cooked to perfection in Die Hard, for example.

So why wouldn’t filmmakers try it? Everyone in Hollywood dreams of creating the next billion-dollar franchise; one capable of entrancing viewers both young and old, male and female. The next Indiana Jones. The next Star Wars. Who wouldn’t want to make a movie that everyone loves?

But it also leads to a lot of watered down creative work.

It leads to story elements that are shoehorned in for the sake of hitting certain quadrants. It leads to plot points that aren’t organic to the story and are simply the brainchildren of nervous studio marketers.

And it’s not just love stories that are guilty, here.

Ever watch a romantic drama only to stumble into a scene that feels inexplicably spooky, like it belongs in a horror movie? Every wonder why there are things like action-comedies, drama-thrillers, and rom-coms?

Crossing genres is nothing new in Hollywood. The name of the game is appealing to as many people as possible. Being all things to all people.

The takeaway? Know your audience. And, no, it can’t be everyone.

This is very best article. thanks for sharing.

Thank you for your best.

hahahaha... what a wonderful post and i loved it

It will be totally fantastic if we could download the paid applications for free.

Do you really think we are seeing romantic love stories like Titanic ?? No, I guess love stories are dying. Have to have them back as soon as possible :)

you're correct.
I don't know why with a new film like mortal engine because I saw the trailer in the last part.

Now a days most of the movies are designed on action oriented rather than on love stories.

I googled the question in the title and your answer is probably correct. Also, the love stories are very formulaic: the quirky/awkward and the popular/good looking person in love, or the pointless love triangle (see: Twilight, The Hunger Games, Divergent - I haven't even seen the last one but I can guess that it has one), etc.

The role women are given in action movies is also ridiculous, they are often portrayed as one of the guys, the super competent agent, solder, scout or archer blaa blaa blaa, but at the same time they are constantly sexualized, visually and verbally.

And then there are the completely unnecessary, time wasting and awkward sex scenes.

"It leads to plot points that aren’t organic to the story and are simply the brainchildren of nervous studio marketers."
And this is a huge issue, both in movies and in marketing. The latter is already looked at with suspicion. Without organic development, the ideas presented - the characters, the story, the emotions - don't feel genuine. Once that happens, you lose your audience.