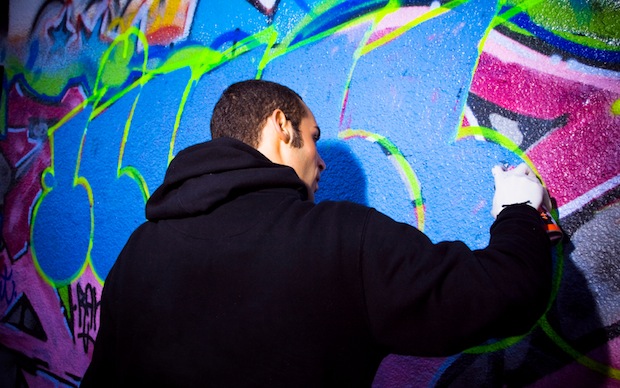 Every blog owner has seen them - hundreds, if not hundreds of thousands of them. Spam comments. Those weird, mysterious comments that show up underneath nearly every post, typically mentioning topics ranging from luxury handbags to Oceanspray coupons to payday loans to cheap Viagra to total gibberish.

But that doesn’t even begin to scratch the surface of the complex mechanisms behind comment spam.

Perhaps the bigger question, though, is, why does it happen? Comment spam is a known issue. We’ve been seeing it for years and years, and it shows no signs of improving despite the fact that Google has repeatedly taken measures to eliminate it. Google, for example, actually created the nofollow attribute to give webmasters the ability to indicate unendorsed content.

And beyond that, most of us know by now how to identify spam content. We’re usually not fooled by the gibberish, broken syntax, and promises of free money they contain.

Yet these comments persist.

Let’s start with the nofollow link, designed by Google to ensure domain authority wouldn’t be passed along to spam sites through blog comments.

According to Google’s own Webmaster Tools”, re: nofollow links:

"In general, we don't follow them. This means that Google does not transfer PageRank or anchor text across these links. Essentially, using nofollow causes us to drop the target links from our overall graph of the web."

Sounds pretty unappealing for spam marketers looking to score easy links, except for one key phrase: “in general”. Meaning, there’s a chance -- however slim and unpredictable it may be -- that a nofollow link gained from a spam blog comment could actually produce tangible SEO results for the poster.

Then there’s the referral traffic. Many of these spam comments get caught in filters, deleted by site admins, or otherwise removed from the visible web. But many of them wind up published and active. And, just as there are some people who still open and click spam emails, there are still people who click on spam comments. Though they may be few and far between, they do exist. And once they click, they encounter an entirely new funnel of retargeting, malware, and other nasty surprises.

The Scale of Spam Marketing

On the surface, this seems like an awful lot of work to put in for a few lousy nofollow links and a handful of naive clicks.

It can’t possibly be effective, right?

Well, the simple answer is that people wouldn’t do it if it didn’t work. Just like if you’ve ever been to Las Vegas or any big city tourist trap, you may have noticed dozens of people handing out hundreds if not thousands of flyers for sketchy peeps shows, too good to be true deals, and just plain weird offers. And you wonder - why pay all these laborers to hand out flyers that most people are just going to throw away?

Because that labor is cheap. And the scale of the operation is more massive than you know.

Those eyesore links that flood your blog’s comment section may only get a clickthrough rate of about .0001%, which is pretty paltry to say the least.

But scale that up by millions, tens of millions, or hundreds of millions of links, and pretty soon you’re dealing with real numbers.

Research by Google & Microsoft estimate “that spammers and spam-advertised merchants collect gross worldwide revenues on the order of $200 million per year.” And all that money is flowing to a relatively small number of people.

And those small number of people are exactly the main misconception about spammers. These comments aren’t coming directly from a person. They are generated with cheap spam software (a $68 copy of Gscraper or $97 copy of Scrapebox will do the trick) that can automatically generate millions and millions of spam comments 24/7/365. They find “footprints” like “Submit a Comment” or “Powered by WordPress” and then spin comments based on a template.

Once you have the software installed, it’s plug and play. Anyone can generate millions of spam comment links to their site for less than $100 and the press of a button. So they may rank more highly in Google, even if only for the very short term, for high value keyword phrases. And they may get a couple thousand clicks, some of which will lead to purchases.

Likely, their site will be blacklisted by Google in short order. Or they may not see any success at all from their spam marketing campaign.

But if so, they’ve lost nothing but a few minutes of their time.

Automated software has made spam marketing more accessible than ever. You no longer need immense technical know-how or elite guerilla skills to spam the web.

But it’s not just the ease of use that’s kept spam alive for this long. It’s the people behind it.

This person is honestly trying to get into digital marketing. By bad fortune, the first mentors or websites they start reading oversimplify or mislead. They’re looking for a quick buck and don’t really understand marketing or digital. They go and purchase something like Gscaper which empowers them to “accidentally” spam millions of sites at once.

You’ll see their work as comments that are not formatted correctly or are pure gibberish.

Eventually Naive Newbies either figure things out, give up, or they become a Savvy Schemer (which we’ll talk about in a moment). Either way, you’re left with lots of blog comments.

Through the magic of the internet and globalization, anyone with an internet connection can do work and take orders from anyone in the world. Unfortunately, there are people selling bad products such as link packages to clients who then employ people just trying to make a buck to provide the actual service. In this case, that might mean someone overseas running a piece of “SEO software” for a couple bucks an hour for an SEO company that purely reports on links and keyword rankings.

Either way, their work will stand out as being nicely formatted and in good taste...but not quite right.

Spam still can work - at least in the short term - and these are the guys that really know how to make it happen. There are 2 ways that Savvy Schemers make money. First, they sell link packages to honest clients who don’t know any better about the world of SEO and then hand off the work to an Innocent International. They report on “+1000% percent growth in links” instead of organic traffic.

Or, second, they actually do know how to exploit loopholes in Google’s algorithm for short period of time. They will use a burst of comments and links to send fake signals of popularity.

They find products with very short sales cycles, very high margins, and little market transparency and try to rank for a day. You can actually decipher what these verticals are by looking at what spam comments are coming in - think Viagra, knock off designer shoes, payday loans, herbal supplements, etc.

Either way - you end up with more spam comments, though often they don’t look like spam.

As you can see, the motivations and skill levels between these different types of spammers vary wildly. But they all share a common element -- they all pray on unwitting clients’ poor understanding of the digital landscape.

Protect Yourself & Make a Difference

As badly as you probably want to avoid seeing your own blog completely overrun with spam comments, you should want to avoid becoming an unwitting client of a spammer even more.

So while the easiest thing to do is install a spam catcher like Akismet on your blog to filter blog comments, that’s only the first step.

Spam marketing persists because it feeds off of outdated philosophies and misunderstandings that won’t seem to go away. The best thing you can do for your own digital presence, and for the greater good of the digital community, is to educate yourself.

Good marketing that makes a difference requires education, expertise, and effort. Keep up with the latest trends. Find out how spammers and hackers are gaming the system. Know the ins and outs of the digital landscape, and help others to ensure the right knowledge spreads.

Know what you’re paying for when you hire an agency or a consultant. Seek organic traffic growth, not just rankings or links.

With physical stores, it’s obvious that you should lock your doors and keep up appearances. With your website, it may be less obvious, but it’s no less important.

Maintaining infrastructure and software; moderating comments; paying for anti-spam and security software are all costs of building a better website, a better brand, and a better Internet.

There are many good ways to stop spam comments without resorting to invasive and annoying techniques like CAPTCHA's (like this comment section uses). My favorite is the Human Presence plugin. It is free for WordPress https://wordpress.org/plugins/ellipsis-human-presence-technology/

Thanks for the helpful information you shared.

Thank you putting up this article. I was looking for information to find clarity. I have recently committed myself to an SEO internship after my growing interest in this aspect of digital marketing. I felt disappointment when I was given the task to write spam comments on high ranking sites. As I'm new to this I exactly didn't know why I was doing this but have had pangs of conscience about because it's clear that this practice is unethical. What's even more shocking to me is the company treating this practice to as it's not unethical at all. This contrasts with how diligent the markrting team is and their professionalism. But like you said PEOPLE NEED TO BE EDUCATED ON THIS. We should give digital marketing the respect it deserves.