When Did the Internet Start Taking Itself So Seriously? 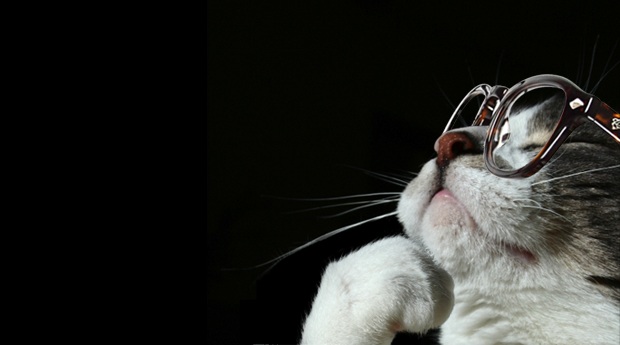 It was bound to happen eventually.

Earlier this summer, something called the Ice Bucket Challenge took social media by storm. For weeks now, videos have been popping up of our friends and favorite celebrities dousing themselves in ice water. Most of us have, at one point or another, been tagged on Facebook by friends urging us to do the same.

It was all part of a viral campaign to raise awareness and funds for ALS research. And it worked. ALS has raised nearly $80 million in funds since the trend took off.

But we all know that we can’t have nice things on the Internet! So it was only a matter of time before the criticism set in.

Here, Will Oremus of Slate architects a thorough takedown of the Challenge, pleading with people to stop with the obnoxious videos and just donate. In the LA Times, Bill Dwyre admonishes us for not taking ALS seriously enough. Ben Kosinski wrote an article for The Huffington Post bluntly titled, “#IceBucketChallenge: Why You’re Not Really Helping”.

Some of these writers have decent points. Sure, a lot of people are just doing the challenge because they don’t want to be left out of a fad, and they aren’t actually donating anything. Sure, these videos don’t really contain any pertinent information about ALS, so it’s fair to argue how much “awareness” is really being raised. Sure, maybe the whole thing is a little silly when you stop and think about it.

But what bothers me isn’t that these guys are raining on everyone’s parade with their commentaries.

What bothers me is the not so subtle insinuation that there’s some sort of bigger, underlying issue here.

It’s about all of us.

Apparently, we are all broken and selfish and wrong and we need writers on Macbooks to tell us about it. So we can fix ourselves. And the world.

It begs the question, when did making a point become more important than getting results?

When did these grand cultural narratives take precedence over everything else?

“The Bigger Problem” is a Big Problem

There is a sense of bigger, better, faster, seen it before, done that…It’s almost impossible to, for example, not have a final set piece where the fate of the free world is at stake. You basically work your way backward and say, ‘Well, the Avengers aren’t going to save Guam, they’ve got to save the world.’

That’s how it feels to create content on the web.

There are more platforms than ever now for people to express themselves. And to stand out, you have to go big. We, as content consumers, have seen EVERYTHING. Literally.

It’s not enough to write a column about how you wish you’d stop getting tagged in #IceBucketChallenge videos. Now, to be taken seriously, you have to pen an essay about how that annoyance is really aimed at millennial vanity and #selfie culture.

For example, over the past few months I’ve seen Disney’s well-intentioned “Frozen” branded as a rapey, snuff film, representing everything that’s wrong with our male dominated culture. I’ve seen Ray Rice knocking out his fiancée spun into a symbol of everything that’s wrong with the NFL and even sports in general. I’ve seen Robin Williams’ tragic death become a mere stepping-stone to a much larger conversation about mental illness and suicide. I’ve even seen Vox write an article about how people on Twitter making fun of Obama’s beige suit was a key indicator of progress toward gender equality. Seriously.

We’ve become obsessed with narrative. Everything that happens in the world – trivial or not, personal or global -- must now be woven by journalists and opinionists into an elaborate tapestry that ultimately ties into some great, festering, cultural lesion.

Of course, there are some things that are truly important. Many events do transpire that are truly indicative of larger societal woes. But it’s becoming impossible to differentiate the meaningful from the mundane, in an age where the front page of CNN lists topics like “Fort Hood shooter” and “Malaysia Airlines” next to “Brangelina” and “Miley Cyrus”.

Everything that happens in our country, the world even, now inevitably spawns hundreds of #hottakes and #longreads in a matter of hours.

There’s been a fundamental shift. We’ve fallen into a habit of prescribing meaning where it doesn’t belong. We’re putting the fate of the world at stake every time a brand Tweets something stupid, every time an athlete breaks the law, every time we don’t like the latest viral trend.

We’re taking things too seriously. And it’s ruining the Internet.

The Myth of Social Dialogue

The people who spin these narratives justify what they do by imploring the need for dialogue around important issues. Which is certainly well-intentioned.

But the idea of the Internet as a forum for dialogue is a bad joke.

Dialogue implies a back and forth, where two or more parties take turns listening and learning from opposing viewpoints. Dialogue implies disagreement but, ultimately, deeper understanding.

That does not sound like the Internet I know.

There is no room for dissenting opinions on social media in 2014. It’s a fight to the death, with one side eventually gaining support from brand name writers and media types who, in turn, cause the conflict to bloat with expansive narratives, crushing anyone who might disagree with shame and derision.

Look at Justine Sacco, a former PR rep who sent out a racist Tweet from her personal account that suddenly and inexplicably went viral. In no time at all, resourceful Twitter users had revealed her home address. She started receiving death threats. Eventually, she was fired from her job and forced to delete her entire digital presence.

A tidal wave of Twitter outrage gathered and threatened to wash away anyone who might think to pause and say, “Does Justine Sacco really deserve this?”

And then, of course, the story was spun into a pondering on why someone like Sacco could ever succeed in the corporate world.

That @JustineSacco is offensive is obvious. The bigger problem is that her mindset is no barrier to corporate success. #HasJustineLandedYet

Just like that, this nearly anonymous woman became the poster child not only for racism, but for corporate menace in America. All in 140 characters.

Is it wrong? I don’t know. But it makes me wonder if we’re really solving anything. If all of this “dialogue”, this generalized outrage, is really making a difference in the world.

These days, online comments ‘are extraordinarily aggressive, without resolving anything,’ said Art Markman, a professor of psychology at the University of Texas at Austin. ‘At the end of it you can't possibly feel like anybody heard you. Having a strong emotional experience that doesn't resolve itself in any healthy way can't be a good thing.’

Unfortunately, that sounds a lot more like the Internet we all see every day.

So What Do We Do?

I don’t know about you, but I want to live in a world where you can post a selfie without contributing to a narrative of “millennial vanity”.

I want to live in a world where social media is fun again. Where it’s about keeping in touch with friends, laughing, sharing your life, and learning. Not proving how smart you are. Not belittling people for what they believe. Not attacking well-meaning gestures like the Ice Bucket Challenge. Not lynching people who have made mistakes or transforming them into pariahs and loathed figureheads.

The question is: how do we get there?

I wish I knew.

But I do know that we have to question things. That we can’t believe everything we read online. That we have to have empathy for other human beings and stop viewing them as a mysterious “other” to be judged and mocked and shamed.

We have to learn that, sometimes, it’s okay to take things at face value. Maybe Ray Rice is just an asshole and not an embodiment of the dangers of modern masculinity. Maybe Justine Sacco just made an awful joke and isn’t an evil person, after all. Maybe she’s just like you and me.

If you ask me, it’s okay if you refuse to buy in.

I'd like to think that a lot of the narrative in today's world has helped push through important social change. And in some cases, it has. But in almost all cases, it's only alienated folks from different sects of society, and completely ruined people's lives because of absent context.

My favorite quote is Gandhi's' "Be the change that you want to see in the world." My inclination is to participate in these social media "events", but in a way that is informative, balanced and empathetic to those involved. I think that ditching narrative in it's totality is throwing the baby out with the bath water. It's not that, in many cases, there aren't good intention. Rather, it's that those intentions quickly fade when pushed by someone who disagrees by way of tough guy internet speak. What follows isn't meaningful dialogue, but pitch fork thronging, feet in the and non-sense. Because, however, these narratives present at least the potential to influence national debate/policy/change, I do think it's overall good. But we nee to execute better, and we need to have an understanding of the unintended consequences of being way too serious, as you put it.

Anyway, great, great read again. I'll be sharing on my FB and Twitter feed. Keep up the great work. We need more of this.

Hey Anil. I really appreciate you taking the time to read and respond.
To be honest, I don't have much of a problem with any *individual* use of narrative, even the Tweet of yours that I quote in the article. My issue arises from what I consider to be a severe overuse of narrative in today's social media/content/journalism landscape.
I think you raise a valid point, and it's definitely worth having a conversation about when it's appropriate to extrapolate an incident into a larger cultural issue (and when it's not).
Thanks again for reading, and I appreciate the opportunity for *real* dialogue here!

I don't have any quibble with your overall argument, but given that you referenced my words to illustrate your point, I wanted to raise an issue. You say, "[T]he story was spun into a pondering on why someone like Sacco could ever succeed in the corporate world."

That is, actually, the exact *opposite* of what my words clearly convey. I have _no_ question why Sacco did succeed, and is succeeding. And taking individual events and connecting them into a narrative is, in fact, the mechanism by which larger social issues are addressed.

There's a repeated historal pattern in many issues of civic or social justice when a first defensive response is to dismiss the claims of a wrong, or the testimony of a victim, as being an "outlier", something atypical that's not worth extrapolating into a larger issue. I would caution that a general rejection of narrative being a powerful force in social media could undermine the use of narrative as an effective and necessary tool for advancing social improvement.