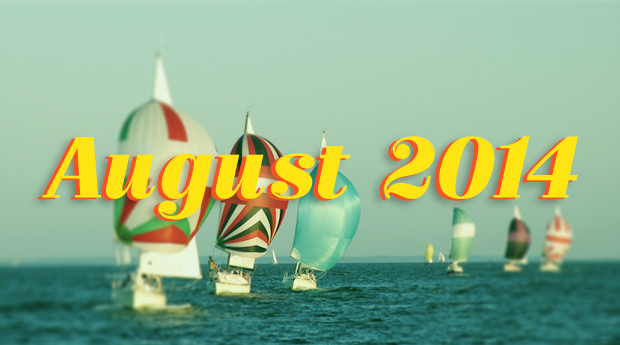 From interface updates to targeting improvements and a new list of PPC experts, this past month was certainly a busy one for Paid Media. It may be summer, but that doesn’t mean the industry gets a vacation. For those of you who were lucky enough to have a nice summer break (or if you just have summer brain), this recap will help catch you up on the top paid media happenings in August.

A few weeks back, Google updated the AdWords interface to replace the word ‘Delete’ with ‘Remove’ in the Edit dropdown and downloaded reports. In their G+ post, Google Ads said, “The change is designed to help advertisers better understand that removed objects are available for future reference.” At least those of us with commitment issues will now have an easier time archiving old campaigns. 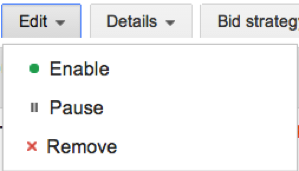 On July 14th, Inside AdWords posted upcoming updates to location extensions. The new format will pull location information from a linked Google My Business Account instead of using the manually entered addresses or those from a Google Places account as they are now. The change is said to go into effect starting August 18th. To prepare, advertisers will need to create a Google My Business account and then link it to their corresponding AdWords account. To learn about the benefits of location extensions and how to implement them in your account, check out the Google AdWords help center.

Bing released three updates to location targeting in July. First, users are now able to see a visual outline of targeted and excluded areas when editing location targets. Radius targeting has also been improved to allow users to specify an exact radius they want to target in miles or kilometers, whereas before users were forced to choose among preset increments. Lastly, location and radius targets can now be used simultaneously. These improvements are among the first in a series of updates that Bing has been working on in order to address user feedback. Read about these improvements on the Bing Ads blog. 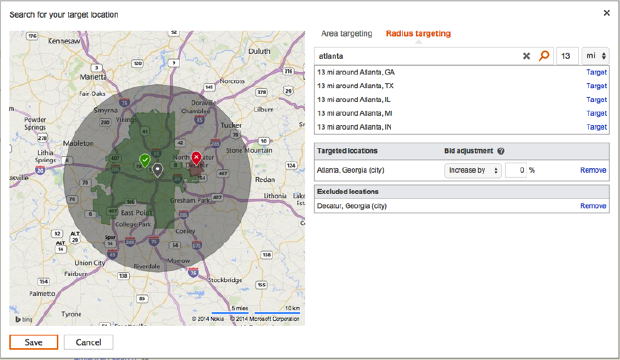 In early July, Facebook announced that they would be acquiring video advertising platform LiveRail. It’s no secret that the social network has been ramping up their focus on video lately, so the acquisition provides them with the resources to do just that with video advertising expertise and access to premium inventory. Facebook isn’t the only one to benefit in this partnership though, as LiveRail will be able to take advantage of Facebook’s robust audience data.

As of June 30th, 2014, mobile app promotion is now out of beta and available to all advertisers. In the announcement on Twitter’s Advertising Blog, a few beta users shared their success with mobile app promotion. Lyft reportedly reached their goals for 30% less than the targeted cost, while Dots drove over a million installs of the TwoDots app in a short amount of time. Twitter has rolled out a new CPAC (or cost per app click) pricing model for the feature and also provides full conversion tracking for mobile app installs.

PPC Hero has just released their annual Top 25 Most Influential PPC Experts list. There were a couple of updates made to the list’s creation this year, such as keeping it strictly limited to PPCers (sorry, Avinash) and adding Social Impact as a ranking factor. Despite the changes, many of last year’s experts remain on the list, with some newbies joining as well. Congratulations to everyone who made the list, especially Larry Kim, who took the number one spot for the second year in a row!

Facebook, Adaptly and Refinery29 recently conducted a study to determine which ad strategy resulted in the most conversions: ad sequencing or using call to action messages. The study consisted of running Facebook News Feed ads and looked at landing page engagement as well as overall conversion volume. The result? Sequencing ads lead to a 56% increase in conversions compared to the traditional CTA messaging. This doesn’t surprise me, as a sequenced ad strategy is more user focused and actually considers a user’s position in the decision cycle. Check out ClickZ’s recap for more details on the study.

Did you know that mobile usage increases in the summer? Or that Kansas City has the most “BBQ” searches nationwide? In order to uncover this season’s search trends, Google did a deep dive into their own data. The findings, published in this Think with Google article, may just have you rethinking your summer search strategy.