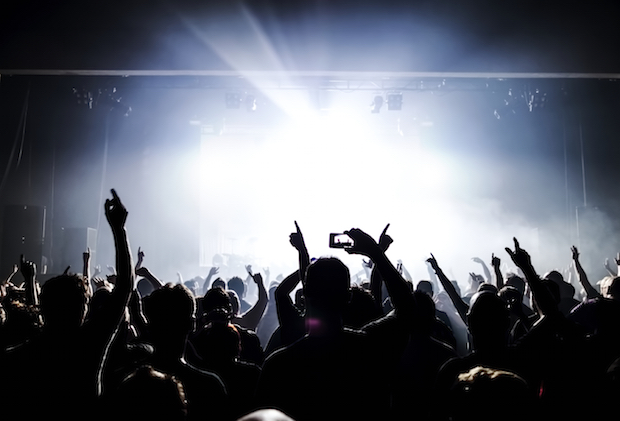 Music is one of the greatest miracles this world has ever seen.

Think about it for a moment: composition involves little more than organizing a specific set of frequencies within the right timing. Yet that simple framework gives way to an endless potential for creativity.

And people have taken to that potential like wildfire. Human history is filled with cultures pushing the proverbial envelope of creative expression. What we have today is the result of thousands of years of ingenuity. We live in the wake of the Beethovens, the Tchaikovskys, The Beach Boys and the millions of nameless musicians who have pioneered the way for modern music.

But, we also live in the wake of missteps and foregone creativity. With every moment of success comes the temptation to leave behind music’s long-standing tradition of innovation. Musicians rise to fame, genres splinter and we’re left with the nagging question of whether popular success is really the end-all-be-all of creative expression.

If we take a look at today’s world of pop music, I think the answer is pretty clear: it’s not.

Making (and Breaking) the Mold

Music’s history is characterized by a tumultuous ebb and flow of progression. In the early days, people learned to mimic the sounds and melodies they heard in nature. Then, rhythm and harmony came into play, transforming music from a one-man show into a truly connected form of expression.

That wasn’t enough, though. People wanted to hear new takes on old ideas. They created instruments to accompany the pitches of the human voice. They added drums and bass-lines to introduce a percussive touch to musicianship. And then they started putting it all together.

In every instance, inspiration won the day. People took note of what they loved and found ways to make it a part of their own personal expression. It’s a pattern that continued for the greater part of human history — and it’s still happening today.

From the classical era to the onset of rock and roll, music has kept with the trend of informing the next great innovation. It’s the timeless story of musicians discovering the incredible power music has to move people. It’s the grand tale of connecting with the world, of creating with and for others.

Popularity: a Blessing and a Curse

But creating with others in mind always invokes a certain amount of risk. It calls creators to walk the tedious line between appreciation and popularity. It has a way of warping our idea of success, and there’s no better example of this than the modern world of pop music.

Some 100 years ago, music as we know it began to change — and not just in the way it sounded. A sort of perfect storm came to fruition that introduced financial opportunity to the world of music. People began looking toward popular acclaim as a means for making a quick buck — or a few million.

By the 1950s, the music industry was in full swing. Record labels and producers became obsessed with finding the best artists and creating the perfect singles. For them, music had become a matter of finding the safest formula for overnight success.

Needless to say, they’ve found it.

But instead of using it as a source of inspiration to hash out new ideas, they’ve opted for stagnation. They’ve mastered the “pop” model, and they’re producing it to death.

What we’re left with today is the least imaginative version of popular music this world has ever seen. Yet, as irony would have it, popular music has never been more successful.

Most of us probably won’t become world-renowned chart toppers. If you ask me, we don’t need any more high-strung egos strumming four chords and calling it art. Give anyone a template and the right amount of money and you’ll get the next greatest hit to take radio by storm. And in another month, someone else will do the exact same thing.

That’s the state of popular music. It’s stale. It’s unimaginative. It’s devoid of the creative heart that made it all happen. And I think it’s a poignant warning for creativity in general.

The creative field is a dangerous place. It’s laden with snares and pitfalls at every corner, with success being deadliest. Nothing threatens a creative drive like finding a model that works.

We see it play out in everything. Anyone remember the young adult dystopian novel craze of the past few years? Or maybe when every band had to toss a banjo in for good measure?

Our ability to follow a formula is phenomenal. But is that how we want to define our creative success? Following proven models of popularity for our own gain?

Rethinking Our Idea of Creativity

Creating, at its core, means bringing something into existence.

Something about that is incredibly human. Deep down, I think we all want to make an impact on our world. We want to do something that no one else ever has. Yet, at the same time, we’re terrified of getting it wrong — and that’s only made more pressing in our hyper-social age where every mistake is broadcasted in an instant.

Reason tells us to stick to what works.  We have examples all around us. We know our strengths. We know what comes easily to us. We even have the resources to know what people want. Why change what isn’t broken?

Because change defines creativity. The passion that brought us here is rooted in originality. Creativity doesn’t follow reason. It requires taking risks. It requires putting parts of our work and ourselves on the line in the name of breaking from the status quo.

Sure, we’ll make mistakes. Igor Stravinsky’s “The Rite of Spring” literally caused a riot at its debut, yet a century later we laud it as a massive feat in classical composition. When metal and hardcore music first gained popularity, people derided the genres as “chaotic noise.” But today they continue to inspire the genres and musicians you’d least expect.

We don’t create to find popular success. It’s as fickle as it is fleeting. No, we create to inspire the world around us to take risks, to remember that we have the chance to make something no one else has ever seen or heard.

And that’s a reminder we all can use.

A brilliant assessment of the current state of musical creativity.

Strange just how crippling the fear of " getting it wrong" can be and, at the same time, so invigorating to remember the glorious musical " mistakes" of days gone by. Sound is all around and resonates deeply within each and every one of us. How joyful it is to be able to find new and exciting ways to stitch it all together through the creation of music. We just need to find the conviction and courage to let the sonic side of our existence become an open, honest mode of expression. And make a marvellous racket!