The True Cost of Excluding Black Voices in the Workplace 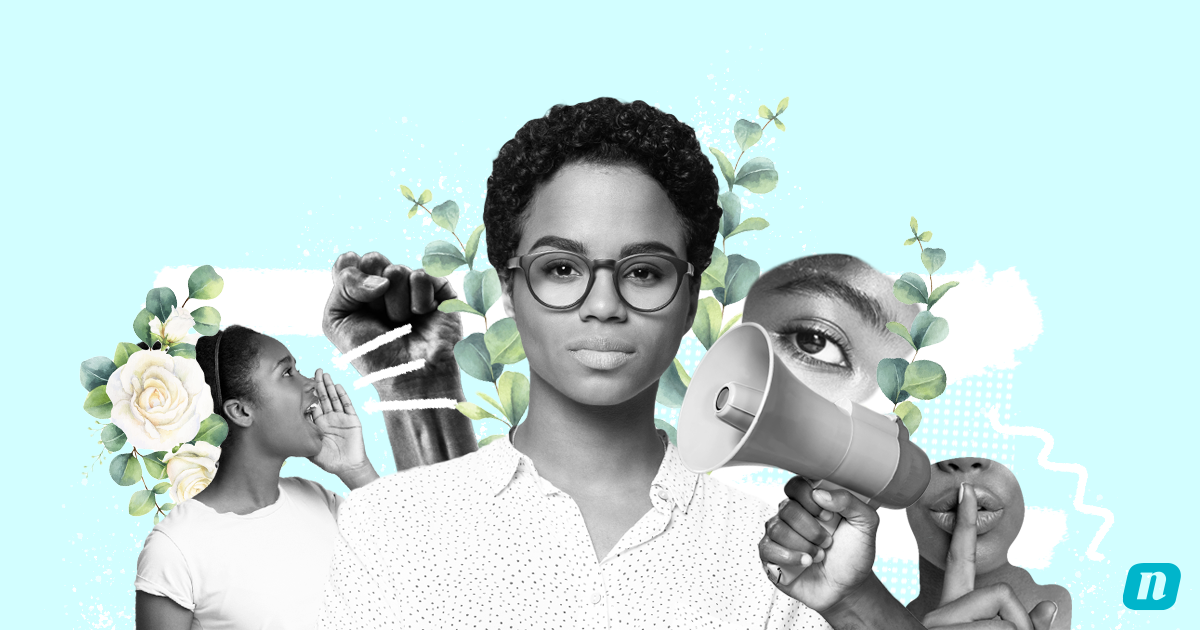 The past year has illuminated some of the unfortunate realities of the Black experience in America. I won’t rehash the play-by-play of Black trauma here for you — if you’ve been tuned in to the news cycle, you’ve seen the videos and heard the reports. By now, we should all be well aware of the reckoning this country is having with the history of racism, prejudice and bias woven into its foundation.

What I will say is this: I’m happy Black voices are finally being heard. For the first time in my lifetime, I feel like my white peers are beginning to understand what it’s been like to be Black in America. Petitions are going viral. Information is being shared. Donations to support Black communities are multiplying. Unconscious bias trainings are happening. Hell, people are realizing what unconscious bias even is.

But what does that really mean for me and all of the other Black professionals like me? I’ve worked in media and marketing since 2014, and at each workplace I was one of just a few Black people. Oftentimes, I’ve been the only Black person on my team. It could be the field I chose — marketing is overwhelmingly white — but in truth, most professional organizations are this way.

At the height of the George Floyd protests last summer, a former boss reached out to me to ask about my treatment while employed under her. Twitter threads about Black experiences at specific media companies were going viral, and I shared my own. I responded, after much internal debate, and shared a restrained version of my feelings.

Even then, as I had the rare opportunity to be fully honest, I was uncomfortable shedding the layer of polite professionalism I had developed. A professionalism that was groomed to appease whiteness. Afterall, every professional environment I’d ever been in had been one where whiteness was the norm and I was the outlier.

I reflected on my time at the organization and an idea began to take shape: whiteness as a standard in the workplace had been a hindrance. Not just to me or the growth of my career, but to the success of my employer, and on a larger scale, all of the marketing industry.

The Untapped Creativity of Black Employees

As a creative content strategist and copywriter, a large portion of my career has been spent coming up with ideas for brands and bringing them to life. But even in these creative agency settings where new ideas and unheard-of solutions were a kind of currency, everyone was mostly the same. In a field that thrives on creativity and original thinking, wouldn’t it make sense to include and amplify new voices — Black voices?

When we look at the areas where Black voices flourish, we see unlimited creativity. From entertainment to social media, we see the emergence of cultural moments. Moments that create trends, and trends that create millions of dollars.

There is no better example of this than Black Twitter. This community of Black users and creators use Twitter to communicate in ways that other Black people are tuned into. It also allows us to communicate in an unpoliced way that we rarely get to do in professional settings. But, because Twitter is a public platform, Black Twitter is no secret, and brands have used it to capitalize on cultural trends started by Black people.

There is opportunity in the Black voice, and just as it exists on Twitter, it could exist in offices around the country. The reason it doesn’t yet is because of what professionalism looks like in America.

The Restrictive Standard of White Professionalism

What it means to be a successful professional in America is rooted in whiteness. How to look, how to talk, what mistakes can be made, what career trajectories are accepted, how to relate to your majority white peers and leaders; it’s a lot to manage, and Black employees typically have to do more mental gymnastics to pass the test of professional respectability.

The rigidness of professionalism doesn’t just hurt the people it excludes — it also limits an agency’s growth by stifling one of the greatest contributions any employee, but especially Black employees, can make: the innately creative ideas that come from someone of a different experience.

When Budweiser launched its now famous “Whassup?! True” advertisements in 1999, it wasn’t the brainchild of an ad agency or marketers. It came from the short film True, created by Black filmmaker Charles Stone III, who was inspired by the way he and his group of friends spoke to each other.

The success of this campaign spawned parodies and several spin-off ads. It won all major advertising awards and entered the Clio Awards Hall Of Fame in 2006. Budweiser even revived the campaign in 2020. It became a part of American culture, and at the root of it all was something unique to Black Americans: AAVE, or African-American Vernacular English.

Up until very (and I mean very) recently, AAVE was a barrier to professional growth, but somehow also a tool to help brands communicate hipness and capitalize on trending culture. We saw it with “Whassup!?” and we continue to see it with other marketable phrases like “fleek,” “woke,” “tea” and “periodt.”

It creates a catch-22 for Black marketers. Either we show up as our complete selves and risk being considered unprofessional, or we adhere to white professionalism and abandon the things that could make us most creative. The time and mental energy spent assimilating and code-switching for the approval of white peers and leaders will always take away from the potential to innovate and create original ideas.

When Black people are being their unrestricted selves, the ingenuity, the creativity and the art that is borne out of that has shaped American culture. Black culture is American culture. And as marketers, it is our job to be attuned to culture so we can make decisions and create work that is the most impactful to our audiences.

But when Black culture is separated from our own, when Black employees are kept from positions of influence, we’ll always be at a creative disadvantage. We’ll be doomed to a state of constant idea theft — in other words, appropriation — or we’ll simply become a stale industry.

There is a concept in ecology called the edge effect. It describes how there is a greater diversity of life in a region where the edges of two adjacent ecosystems overlap:

“At the edge of two overlapping ecosystems, you can find species from both of these ecosystems, as well as unique species that aren’t found in either ecosystem but are specially adapted to the conditions of the transition zone between the two edges.”

This concept, when applied to marketing’s inclusion of Black voices, is my greatest hope for this industry. That unique “transition zone” where all minds meet, just as they are, as unpoliced as they can be, is where the greatest ideas — the ideas that push us forward — will be found.

A year later, I wish I’d answered my former boss’ email differently. I wish I told her how being paid less than my white peers shifted my focus from creating amazing work to figuring out how to survive. I wish I told her how much more I could’ve done if I’d felt comfortable to show up as myself. Mostly, I wish I knew how to say any of this back then.

But, if for some wild reason she’s keeping up with my professional career and finds this, here’s what I’d say now: creating a comfortable environment where Black employees are valued and afforded the same considerations as their white peers will only make their work better. And empowering Black employees will only make your organization better.