The Story behind Kimm Lincoln Being Named President of Nebo 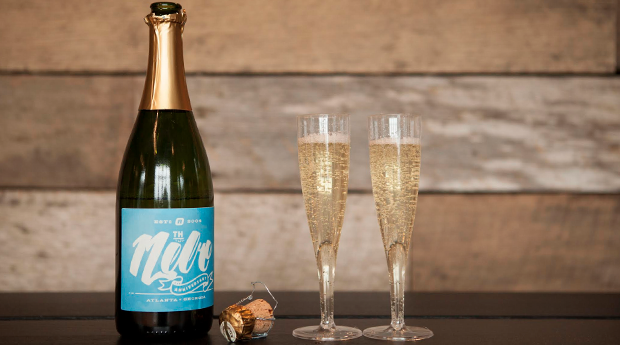 Twelve is a number in space and time. The world’s greatest religions place significance on it. In Christianity and Judaism, there are 12 Tribes of Israel, 12 Disciples of Jesus, and 12 books of Revelations. There are 12 Stations of Life in Buddhism. Our calendar has 12 months. The list goes on.

And although every number has significance if you really think about it, the questions is: what does 12 mean to us?

In the last 12 years, we’ve grown from two brothers in a small office space in downtown Atlanta to an 80-plus-person agency in the thriving West Midtown area. We’ve taken a stand against the typical hire-and-fire agency model. We’ve put employees first, we’ve treated clients the way we’d want to be treated, and we’ve focused on being not just a great agency, but also a force for good.

We’re not perfect—not by a long shot—but we’ve found our voice. We’ve grown and matured and evolved into the agency we are today.

All of these moments seemed huge at the time. But really, these were each steps that catapulted us forward to the next stage of our agency.

And now, as we turn 12, we’re on the precipice of another great step. In this twelfth year of Nebo, another huge moment will define our path and shape our future as an agency…and it’s been 10 years in the making.

In 2006, we were looking to hire a paid media intern. We were small at the time—about 10 people. Each hire was important. After interviewing a few candidates, we decided to hire a bright and eager Georgia Tech student named Kimm Lincoln.

Prior to joining Nebo, Kimm had interned at EarthLink (back when EarthLink was cool), doing social media marketing. During those pre-Facebook days, her job was to help EarthLink get friends and attention across Friendster and MySpace.

Despite her youth and limited experience, she carried herself like a seasoned professional. She seemed bigger than her role. She knocked out anything we gave her. She learned quickly. She was a team player. It was like we just drafted Michael Jordan.

That day changed everything.

The Campaign That Nearly Broke Her Spirit

Some clients and projects are etched in your soul. For better or worse, they shape your career.

In 2007, we signed a global video software firm for PPC. The campaign had more than 500,000 keywords. The client was headquartered in Russia, had campaigns spanning 20-plus countries in seven languages, and wanted to squeeze every bit of work out of us that they could. They were thorough. They weren’t friendly. They would’ve broken almost anyone, regardless of experience or expertise.

Kimm managed the entire campaign. It crushed her. It tormented her. It weighed on her. But she refused to give in. She was determined to tame this untamable beast.

Looking back, we should’ve fired the client early on. However, they did one thing that serves us well to this day.

Kimm faced the onslaught and endless work and gained a confidence she never knew she had. Reports spanning tens of thousands of rows were flawless. Thousands of well-written ads. Hundreds of campaigns executed to perfection. Dozens of client meetings. This younger and less scarred Kimm Lincoln held her own.

She had her Simba moment.

A Milestone and a Moment of Doubt

To say Kimm has been crucial to Nebo would be an understatement. In 2010, she was managing our Paid Media team and made it one of the agency’s strongest departments, so we promoted her to Director of SEM, where she’d oversee both SEO and Paid Media. It was around that time we promoted Jenn Vickery, another brilliant mind, to Director of Paid Media.

I looked at Kimm and said, “You’re Michael Jordan…Actually, you can be bigger than that. If you can build teams and processes that can make more Michael Jordans, then your impact will far surpass any single great performer.”

And that’s exactly what she’s done. Kimm built teams and processes that made Nebo chock-full of amazing employees.

The Next Big Milestone

In 2013, Kimm was promoted to Vice President of Digital Marketing. In this new role, she oversaw all aspects of digital marketing with P&L responsibility for 70 percent of Nebo’s revenue, overseeing eight directors and more than 50 employees.

As VP, she transformed our industry by putting people first. Her focus wasn’t on selling or revenue, but rather on making our digital marketing strategies laser-focused on solving problems and adding value to consumers’ lives.

Kimm led Nebo to a 350 percent increase in overall revenue growth since 2010 and a 500 percent increase for digital marketing specifically, all without laying off a single employee. Under Kimm’s leadership, Nebo has been named a Pacesetter & Inc. 5000 fastest growing company for five consecutive years. We won more than 100 awards in 2015 alone, and we’ve taken on bigger and more challenging clients, including signing four Fortune 500 companies in one year.

She’s also set aside time to help make our industry better, sharing her expertise and challenging industry norms at competitive national marketing conferences and universities, including University of Georgia and Georgia Tech.

But it’s more than just business, Nebo, and thought leadership.

Kimm also ensured philanthropy was instilled in Nebo’s culture and DNA. Over the past few years, Nebo has donated or executed more than $2.5 million in pro bono initiatives with ASPCA, Eames Foundation, Arthritis Foundation, TAG, AMA, the Rescue Pledge, Operation Peace, and more.

Moreover, she contributed to advancing Georgia's technology industry, volunteering as Co-Vice President of Marketing for SEMPO ATL, Communication Chair for AMA Atlanta, and Director of Marketing for SuperNova South, the Southeast’s largest and longest-running technology conference.

Kimm also teaches at digital marketing workshops around Atlanta. She’s been a digital marketing instructor at the General Assembly and taken an active role in inspiring Atlanta’s youth to take part in the city’s growing technology industry.

Philanthropy aside, perhaps Kimm’s best quality is her eagerness to play a key role in the success of others. There are a select few who have the potential to perform at the highest levels while simultaneously being an effective team leader and working to make a larger industry impact. Kimm is one of those rare individuals.

It’s for these reasons that I couldn’t be more proud to announce that Kimm Lincoln is assuming the role of President of Nebo.

One important note: Adam and I aren’t going anywhere. But Nebo is moving forward at rapid pace, and we think Kimm can best lead Nebo into our next 12 years and beyond.

Different stages of our growth have meant different things for us as an agency; different processes fueled us when we were ten people than those that fuel us today. That means that what got us here won’t get us to the future. We want to keep the agility of a small agency, but we have to evolve if we are to thrive.

One of the biggest threats to any organization is the divide between departments. Silos hamper great agencies and great work. Although Adam and I both have our areas of expertise and passion—our own “silos”—it’s crucial that as we move forward we have one voice and one vision. It’s crucial we have one Nebo.

We need someone who can unite us operationally, who can ensure that no matter how much we grow, no matter how many passionate, talented, curious, and amazing employees we have, we don’t lose the philosophy that was born in a gritty, $900/month downtown office 12 years ago.

That person is Kimm Lincoln.

Final Thoughts and the Definition of True Impact

Kimm’s achievements stand on their own. Her intelligence, work ethic, and proven track record are more than enough to merit her ascension to this new role.

But life is more than work. We have the illusion that we have different selves: our school self, our work self, our home self. Although we have different parts of our personality that shine through at different places, in reality, we’re just one person. At the end of the day, all we really have in life is our identity and the people around us.

We go through life with various people in our orbit. People who influence us. People who shape us.

There is no one I love or trust more than Adam. He’s my brother. My friend. He’s Nebo’s cofounder. He’s giving and compassionate. He’s simply the best person I’ve ever known.

Despite Adam being my younger brother, I’ve always admired him. I felt that if the two of us worked together, we could take on the world. I believed we could do anything.

I never would have guessed that anyone could come close to the trust and confidence I have for Adam.

Kimm is now in that circle. Kimm has that trust and respect. She has our admiration. Our wolf pack has a third member now. 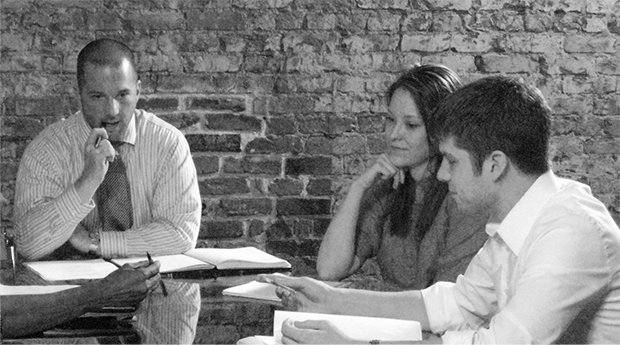 Like Adam, she’s an amazing person first. She’s a friend. She’s a peer. She’s simply in the rare class of people who, when you look back at your life, you simply feel lucky that you knew.

I think I speak for the entire Nebo team when I say congratulations, Kimm. We trust you. We believe in you. We’re here to support you.

The last 12 years have been remarkable. We can’t wait to see where you’ll take us over the next 12 and beyond.

Congratulations Kimm! Such an amazing achievement. It was your knowledge and presentation skill that brought our company to Nebo. We are excited for where you'll take us!

Congrats, Kimm! Glad to see your work and talent recognized, and glad to see 12 years of awesome Nebo growth continue into the future.

What a terrific tribute! Congratulations Kimm!

It is inspirational to see talent and hard work rewarded by loyalty. You guys rock. Wish I worked there.

Way to go guys. It is true, the women are smarter! Great move!!! And very nice write up. Golf on Monday? https://m.youtube.com/watch?v=TvzarD06Gdo

Congrats, Kimm! You are an inspiration!