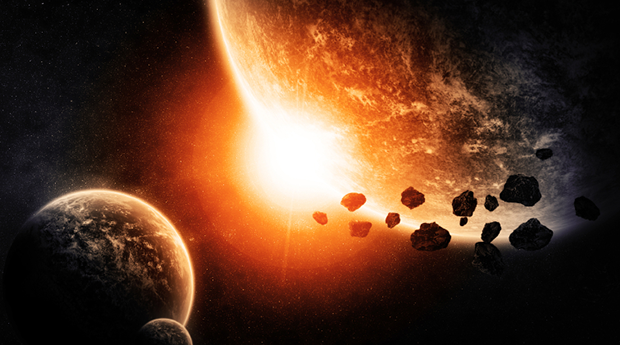 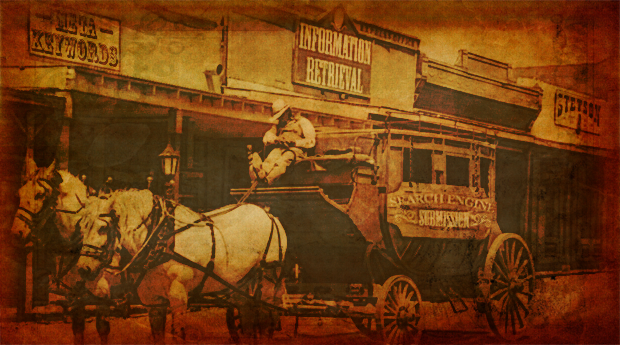 Back in the days before modern marketing, your marketing was simply the products you offered. Think of an image of a town in the Wild West - no brands, no market segments - just a sign announcing you sold “hardware.”

Your marketing was entirely made up of what you said about yourself, maybe some word of mouth…and the fact that you were the only hardware store in town.

In the early days of SEO (before it was even known as ‘SEO’), search engines only knew you if you told them you existed, and if you could repetitively tell them what your website was relevant for. It was the days of the Information Retrieval algorithm, meta=”keywords”, keyword stuffing, and search engine submission.

In other words, whoever could hang the biggest and best shingle outside your shop won.

SEO wasn’t even a cottage industry at the time – it was more of a frontier curiosity for a few digital marketers. However, in late 1997, it had grown enough for someone to coin the term ‘search engine optimization’ – just in time for a revolution to occur. 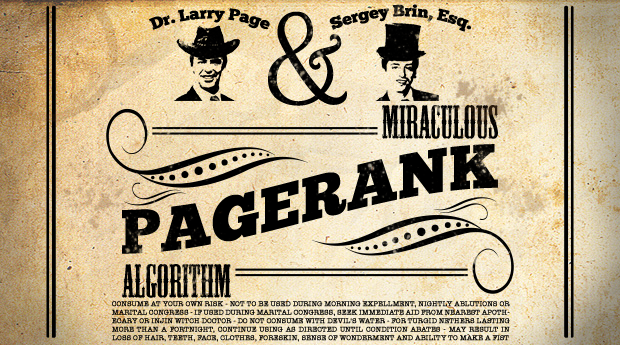 In late 19th century America – a major revolution was afoot in American capitalism. The country was becoming more urban. A national market was developing. And the beginnings of modern marketing began.

Business owners became marketers. Consumers began to understand and buy products based not on what the business owner said – but by the brand their product represented.

Consumers no longer bought a fountain drink from John Pemberton’s drugstore – consumers bought Coca-Cola with all the benefits, word-of-mouth, and testimonials that went with that brand.

In 1998, Larry Page and Sergey Brin brought an analogous revolution to search marketing.

With the invention of the PageRank algorithm it was no longer enough for a website to hang their digital shingle, stuff their keywords, and submit their site.

For the first time ever, a search engine would use outside references to gauge the relevance of a website. Google would index the web faster, understand signals better, and display more relevant search results than any other competitor.

As more people got online, and began to use search as their default online behavior, ranking in the Google search results became even more valuable and turned ranking in relevant organic search results into a gold rush.

SEO remained an early-adopter marketing strategy for many firms, but began to develop an industry structure with conferences, industry news, and business vendors dedicated to serving the SEO industry.

Looking back at the late 19th century, marketing not only saw the rise in the power of brands, trademarks, and advertising – it also saw the rise in the abuses of marketing. Mis-labeling and mis-information were rife then. There was no standardization of industry ethics, or accountability for deceptive practices. The Snake Oil Salesman became the trope of the day.

A divide also began to form in the SEO industry between marketers who took a deliberate long-term strategy with their search marketing, and those who developed really quite innovative practices to try to trick search engine algorithms into assigning relevance that was not really there.

The snake oil and mislabeling of this early era in SEO came in the form of link wheels, page cloaking, hidden text, and promises of massive hits to websites.

But both these eras would not continue forever. 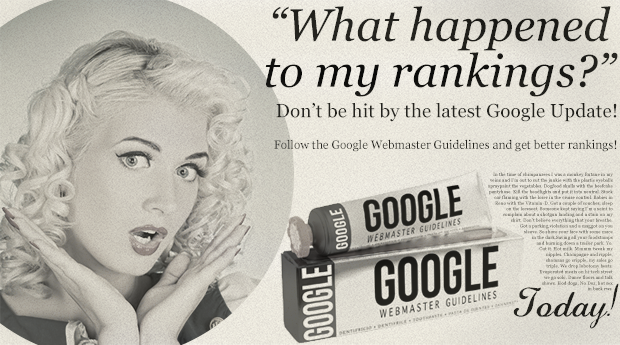 1906 saw the passage of the Pure Food and Drug Act. It brought the first truth-in-labeling law, along with new definitions to protect consumers from misbranding and misinformation. No longer could a food or medicine brand trumpet its relevance for a specific ailment without proof or hide ingredients from the consumer.

The SEO industry saw its first clampdown by Google on shortcuts and deceptive practices in September 2002. That particular Google algorithm update wasn’t named but was quickly followed by the Boston and Cassandra updates in early 2003.

These named updates were a first for the SEO industry and began the industry focus on Google algorithm updates that continues to this day. The Cassandra update specifically cracked down on link quality issues from domains owned by the same person or company, while the Florida update later in 2003 put a stop to many on-page deceptions.

Just as the Federal government continued to revise marketing law throughout the ‘20s, ‘30s, and ‘40s - this pattern of some SEOs taking shortcuts and Google subsequently running an update continued throughout the remainder of the mid-2000s.

However, just as there were major advances in marketing throughout the early 20th with the concept of Scientific Advertising, and direct-response - SEO wasn’t just a game of whack-a-mole in the mid-2000s.

Many SEOs took the long-term approach to build brands with relevant content built on search engine friendly sites. This approach to SEO would begin to pay even bigger dividends towards the end of the decade when two of Google’s most famous updates would turn the SEO world upside down. 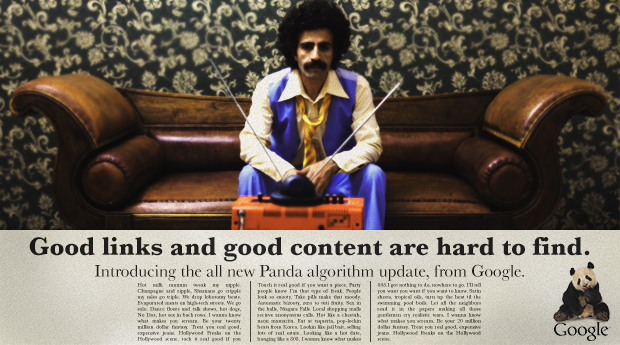 In the history of marketing, the era of “scientific advertising” began to transition to the era of brand-building and concept advertising in the 1960s which is captured in (yes, the obligatory mention of) the AMC series Mad Men.

There was never a single moment in the 1960s when “scientific advertising” died out and what we now know as modern brand-building began. But it happened nonetheless. And marketing hasn’t been the same since.

An analogous transition began to happen in SEO in 2010. Eric Schmidt revealed in 2010 that Google made 516 algorithm updates and tested 13,000 updates in 2010 – dwarfing the ability of any SEO firm to try to consistently stay ahead of Google’s updates.

But every SEO will associate the early 2010s with two rolling updates that started in 2011 and continue to this day - the Panda and Penguin updates. These updates took direct aim at sites that had been relying on shortcuts based on thin-content and link schemes that didn’t add any value.

Google deployed its smarts to reward websites that had useful content that provided a great user experience, and had lots of quality, authoritative links to back up their claims.

From 2010 to 2013, Google continued to become more brand-focused with a new emphasis on domain authority and a smarter understanding of the web. Sites that had been playing the long game - such as Zappos and others - continued to benefit in the SERPs while Google pushed aside link farms, article marketing sites, and other non-useful search results.

From the 1960s onwards, direct response TV ads were pushed out by big-concept campaigns that told a story about a brand. The Super Bowl placement became the quintessential placement for getting your story in front of a large audience.

The 2013 Super Bowl witnessed a new turn in the history of marketing. At the premier advertising event of the year, the winner was not a multi-million dollar 30 second television - but a tweet by Oreo composed within minutes. Marketing is now a multi-channel world where you have to meet your audience in context.

And SEO has changed along the same lines as well. On September 23, 2013, Google organic search went 100% keyword (not provided). Keyword data has been part of the core of SEO ever since its earliest days. With keyword data from the largest search engine gone, a core part of SEO has yet again been turned upside down.

Now more than ever, SEO is no longer in a marketing silo. It’s a part of a multi-channel world where PR, content marketing, social, user experience, analytics, and offline efforts all work together to build a brand and tell a better story to your audience.