The Plague of Tactical Versus Strategic Thinking in SEO 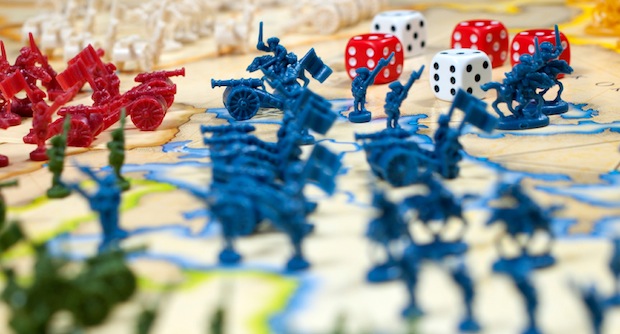 I have a big problem with how search engine optimization is often perceived.

Turn on the TV and you’ll see shows like The Good Wife describe SEO as “spam”. Even Dexter drove a dagger through my heart by calling it “bullshit.” (pun intended)

It begs the question: why would SEO be thought of in that way?

Sure, there are those that use blackhat methods to get quick results, but that’s only a fraction of the SEO population. Beyond that, blackhat tactics are becoming more and more rare as Google gets better at sniffing them out. So why won’t the perception change?

I believe the perception of SEO won’t change as long the industry continues to prioritize tactics over strategy.

Here’s what I mean: The problem is that SEO is often viewed as a tactical process for achieving a result rather than a part of a business’s strategic approach to communicate with its customers and improve their online consumer experience.  The very definition of SEO seeks to explain this:

Search engine optimization (SEO) is the process of affecting the visibility of a website or a webpage in a search engine’s “natural: or un-paid (“organic”) search results

This tactical approach to SEO breeds a misunderstanding of what SEO is really aiming to do. It puts the focus solely on ranking. It hinges the success of an organic search campaign upon keyword performance.

Tactical optimization is shortsighted, unimaginative, and, ultimately, bad for the industry. But we shouldn’t move away from it just because it’s considered spammy. After all, it drives results. That’s why people do it.

But are these results optimal? The fact is that a strategic approach not only endears you more to your users, it’s actually more effective at consistently driving business.

Tactics Have Too Narrow of a Focus

What is innately not optimal about a tactical approach to SEO is that actions are too specific and highly susceptible to change. One month guest blogging is all the rage; the next month Matt Cutts takes a ban-hammer to it. One week local results have carousel listings; the next week Google updates their algorithm and replaces them with map results.

On the other hand, strategic SEO has a much higher resistance to change. Let’s look at one of my favorite restaurants in Atlanta for instance, Antico Pizza Napoletana.

I find Antico to be an interesting case because prior to a recent local algorithm change, their website didn’t rank within the first 10 organic pages of search results for the phrase “pizza Atlanta”. However, they dominated the first page with their Yelp page and other local sites such as Thrillist and Urbanspoon with mentions as the one of the top 10 best pizzas in Atlanta (usually they ranked #1). In total they were listed in 8 of the 10 results on page one.

Oh, and I almost forgot -- that local algorithm change also boosted their website (which isn’t even dedicated to Antico specifically) to #1 in the map results that were added.

Sounds a little harsh, but a tactical approach to SEO tends to only look at the customer as they relate to search volume.

As opposed to a strategic approach that seeks to discover user intent and solve for a problem with a tailored solution, tactics focus on eliciting a direct response. At the end of the day it’s about how many impressions, clicks and conversions ranking on the first page will net given the volume and competitiveness of a keyword. Although the tactical approach is effective for driving direct response goals, which are much easier to report on, it sacrifices major audience segments in different stages of the Buyer Journey.

Avinash Kaushik puts it this way in his article See, Think and Do: A Content, Marketing, Measurement Business Framework.

If I'm doing SEO for keyword cluster xyz, what am I really solving for? See? Think? Do? Yes, there will be some cases where the answer would be that clear cut. But often, you'll find that the keywords contain intent and if you think carefully about the consideration stage and the audience, you'll create different content for the landing pages, different calls to action, different types of optimization strategy, and everything else.

The strategic SEO approach will craft a strategy for each specific target audience and utilize the appropriate tactic or action for that audience, not approach everyone the same way.

It is common in SEO that we research what consumers are actively searching for, which helps us align content to the keywords we want to rank for. This is essential to the overall practice of SEO, but in essence it is completely reactionary and lacks any real creativity. We can aim higher and do more if we influence search interest with content and public relation efforts that align with an overall strategy.

As highly competitive as SEO is, we need to gain advantages by influencing what the audience searches for. Effective SEO seeks to strategically build a brand’s online presence, not simply rank for a word or phrase that has some established amount of search volume. A great example of this strategy in action? James Franco.

If you aren’t familiar with the story, James Franco goes out and hits on girl over Instagram on the same night as his new movie’s trailer gets released. The girl in question releases their exchange over Imgur the next day and the rest is history. The press around this incident resulted in a Trojan horse effect, bringing up his new movie “Palo Alto” while discussing the more controversial topic. Whether this incident was an intentional public relations stunt or not is uncertain, but it paid off in impressions, mentions and links about the upcoming movie.

But SEO can’t solely focus on achieving rankings. In all honesty, in doing so we short sell our industry and ourselves as Internet marketers by being so narrow-minded.

It is to our benefit to adopt a strategic approach to our SEO efforts – one that puts the user first -- so we can achieve better, longer lasting results. So, instead of trying the next new tactical fad to rank #1 in SERPs, try developing new strategies for engaging your audience.

I promise that you’ll be pleased with the results.