The Importance of Perspective and Understanding Others 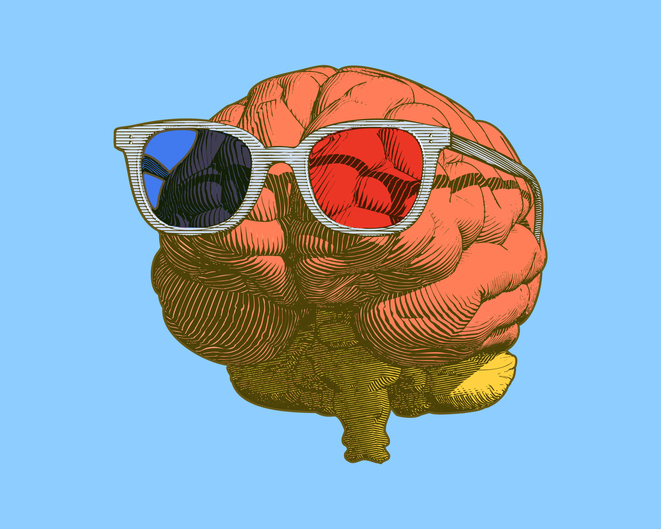 I once told my therapist that I live my life trying not to offend anyone. She was pretty taken aback and said that sounded like a very difficult and exhausting way to live life. And she’s right — it is.

Whenever I’m talking to someone, my brain is always three steps ahead, trying to make sure I won’t accidentally say something that could be considered a microaggression, or politically incorrect or just genuinely hurtful. I’m hyperaware of the conversations I have and whether or not I’m “allowed” to have them, or if there are words I’m not “allowed” to use. It’s exhausting, but it’s worth it.

The idea for writing this blog post came to me while I was coding an email. Reading the first paragraphs, I’m sure you have some questions about where this is going, so let’s take a stroll down analogy lane.

I code my emails in a coding program and view the HTML files in Google Chrome. I take a few hours, build the code out, add whatever CSS I need, other coding jargon that you don’t care about, blah blah blah. When it’s done, I take the code and add it to an Email Service Provider (or ESP) and send myself a test. Most of the time, the email will look great in the ESP, great in my inbox, great on mobile. I run it through our testing platform, and everything looks great. Until I get to the Outlook section — and everything is horribly broken. That’s when I remember that just because I can code something to function for one platform, doesn’t mean it’ll work on all platforms.

And that’s what led me here. Just because something is fine for me, doesn’t mean it will be okay for everyone, or even anyone, else. And that’s a message I want to share.

As marketers, we’re generally aware that different people have different needs, likes, wants. It’s why we test our code, why we segment our audiences, why we do surveys and qualitative research and user testing and and and. Nebo has a whole department dedicated to finding out how to best serve the most people. We spend days, weeks, even months, figuring out how to be the best we can be. We have copious tools we can use to find our blind spots, help us figure out our weak points and let us learn and fix them.

But real life doesn’t have testing tools. You can’t just pause a conversation and ask, “Which of these responses is the least offensive: A, B or C?” I wish we did, because it would make my life goal much more attainable. Instead, we just have to stumble through life, doing our best.

But we don’t necessarily have to stumble through blindly. There are steps you can consciously take to make sure you’re not just doing the bare minimum of being a decent person. Because as they say, the road to hell is paved with good intentions, and good intentions mean diddly squat if you don’t actually try to be better.

First and foremost, you have to acknowledge your blind spots. You may not have thought about it, but everyone has them — at work, at home, with your family, etc. Be aware of the spaces you occupy and, more importantly, the ones you don’t. I, for example, am a white, cisgender woman living in the United States. I am very aware of the privilege my status holds, what conversations are “mine” to be a part of, and which battles are mine to support, but not fight (at least not on the frontlines). As a woman, I’m part of a marginalized group, but within that group I have the privilege of whiteness, and I need to be conscientious of that at every turn. I identify as a feminist, but I constantly need to remember that my experience as a woman is not necessarily the same as that of a woman of color.

Which brings me to my next point: if your experience doesn’t cover something, turn to someone whose has. Let other people — be it friends, colleagues, experts in the field — be the authority on the subject. And then believe what they tell you. I can’t speak to what it’s like to be a WOC, so I’m not going to try.

Be Aware of the Invisible

Another important thing to take into consideration is that not everything about a person is visible. Race, sexual orientation, mental health — they all have varying degrees of visibility between people, and that means you should never be callous about what you’re saying. I was once in a conversation with a group of people where someone said, “Your opinion isn’t valid, because you’re not part of the [LGBTQIA+] community.

Even without trying to be ~PC~ that comment is kind of crappy. But when you consider that there were closeted people participating in the conversation, you realize that a kind of crappy comment changes to a really offensive and hurtful comment, one that at best hurts someone’s feelings, and at worst forces someone to come out.

TL;DR, just because you can’t see what group someone is a part of doesn’t mean you get to be an asshole when you think that group isn’t around.

Remember how I said it was difficult? Yeah. That’s not going away.

Listen to Others (Even When You Disagree)

The next part of your path towards Being A Good Person is understanding the importance of understanding other people’s perspectives. That goes for perspectives you agree with, but more importantly, for ones you don’t. There are exceptions to this rule, but we’re going to approach it with the assumption that people are inherently good and make the decisions they make because they think they’re the best choice for them. And trust me, I know this can be nearly impossible in our current political hellscape. I struggle with this a lot. But I’ve also learned the importance of it.

When I was in college I had a friend who had a Confederate flag hanging in their bedroom. I didn’t know about the flag until a few years into our friendship, and when I first saw it I was, quite honestly, revolted and ready to sever ties right then and there. As a Dutch/New Yorker hybrid, I see the Confederate flag only as a symbol of oppression and the celebration of slavery. As a Georgia native, he was taught that the flag may have some negative connotations, but ultimately it was a great symbol of Southern pride and how the South banded together to fight a common enemy. (Or something — I’m fuzzy on the details.)

At the time, we fought, and it definitely impacted our friendship. Looking back, I realize my friend wasn’t a bad person — he was taught something and never considered a different point of view, so he never knew he was doing something “bad.”

A more volatile example, but one with a happier ending, is this woman, who grew up in the Westboro Baptist Church. From birth, she was destined to hate, and grew up parroting the things she was taught. As an adult, she was attacked on Twitter left and right for being a horrible person. People sent her death threats, called for her suicide and a whole host of other terrible things. But there were a few people who engaged her in genuine, heartfelt conversation and asked her why she believed in the things she did. Those conversations led her to question her beliefs and ultimately leave the church.

The point is, not everyone who does (subjectively) bad things is inherently evil, and you need to give people the opportunity to change. You don’t change hearts and minds by standing on the highest soapbox in town and shouting down at the people who are wrong. You do it by understanding their point of view and coming to a conclusion together.

What I’m preaching here isn’t easy, and this last part is the hardest of all.

I’m lucky to work at Nebo, a company whose core beliefs align so truly with my own. Our core beliefs are all rooted in the fact that we believe in love, in equality, in justice for all. How do you truly listen and be open to people who don’t agree with that? By remembering that they’re people, too, and that everyone has the ability to change for the better.

To bring this back to my original statement of living my life trying never to offend anyone, I know, realistically, that’s never going to happen. Hell, I’m sure I’ve said things in this blog post that are going to offend. But that doesn’t mean I’ll stop trying.

Firstly; Thanks Emily for writing and posting this blog. In the language of old; you've hit the nail on the head here. I see this as a battle field with too few soldiers as yourself willing to fight the good fight; for a worthy and needed cause. Just so you know; you're not on this battlefield alone; I for one; am out here with you everyday.

April 23, 2021
The True Cost of Excluding Black Voices in the Workplace
April 16, 2021
Behavior Based Emails: Giving Your Subscribers What They Want, When They Want It
We do it for the gram
Like this post? Share it!
Back to the Blog