The Blurred Lines of Plagiarism 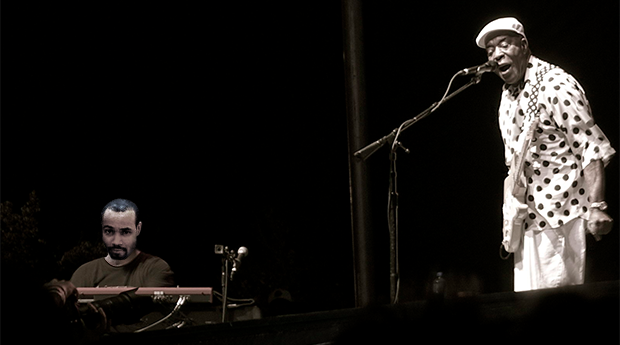 I recently heard an interview with blues legend Buddy Guy where he talked about the first time he listened to Cream’s psychedelic blues song “Strange Brew.” Guy complemented Cream’s guitarist Eric Clapton on the main riff in the song.

This is the blues. It’s tradition to borrow and imitate the greats. Even the composition rights for “Hey Lawdy Mama” are typically given to blues pioneer Buddy Moss. Also in 1967, when “Strange Brew” was released, musicians didn’t beef much over who wrote what and who inspired who. It wasn’t considered stealing. No love was lost between Guy and Clapton.

But things have changed.

Plagiarism is a huge taboo in music, today. Robin Thicke lost an estimated $7.3 million to the Marvin Gaye family for allegedly ripping off Gaye’s song “Got To Give It Up.” Sam Smith lost royalties for his song “Stay With Me” for alleged similarities to Tom Petty’s “I Won’t Back Down.” The list goes on. Musicians are constantly threatened by accusations of thievery. One could argue, however, the majority of pop songs are plagiarized. With a trained ear and a crafty lawyer, many songs could become lawsuits, robbing an artist’s credibility and bank account. But what about plagiarism in other artforms? What about plagiarism in advertising?

We’ve all seen blatant examples of recycled advertising: An infomercial selling a $20 wonder widget opens with a black-and-white scene showing an overly frustrated person fumbling with an outdated, clumsy gadget. What about celebrities partying together, drinking a gourmet liquor with fruit mixers? How about commercials selling prescription drugs? Many are indistinguishable from the others. In the words of legendary adman David Ogilvy from his autobiography Confessions of an Advertising Man, he insists, “If you ever have the good fortune to create a great advertising campaign, you will soon see another agency steal it.”

Why is this? Clients like what they think is proven to work. Many filters and business hurdles prevent innovative ideas from seeing the light of production. Similar to record executives in the music business, clients want to play it safe and protect their investment by following an established formula. But casting a wide net to catch all the fish sometimes means catching none. It takes something new, different, and sometimes controversial to achieve what the generic commercials cannot: grabbing the viewer’s attention. Unique voices break through the noise, think Kurt Cobain or Amy Winehouse.

The totally absurdist Old Spice or Skittles campaigns are devoid of cliche promises like “the longest lasting deodorant,” or “the very best!” These commercials offer nothing more than an interesting moment, something to talk about with a friend or colleague. The ads are effective because they don’t claim the product is better than the competition. They claim it is cooler. The ridiculous spots turn an advertisement into your favorite sitcom, something you don’t dread watching but something you search for on YouTube. Velvet Underground achieved this in the late 1960s, when it changed the conventions of pop music, and created its own audience. Listeners were connoisseurs of culture, not another audience for record executives to target.

Marketing may not face the same legal action that plagues musicians but recycled advertisements will not catch the viewer’s attention. Marketers must break the molds and take a risk. Buddy Guy may have influenced Eric Clapton, but Cream transcended blues and took the genre to a new level. Cream spawned jam, metal, and psychedelic movements even though its roots remained deep in the blues. Deviation creates innovation, and in a noisy, crowded media space, it’s the only way to connect with an audience.