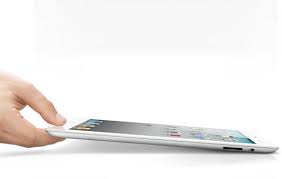 The iPad 2 has arrived in stores with all the usual fanfare that comes with the release of an Apple product, including long lines, sell outs, skeptical mania, and finally overwhelming acceptance. The thing is, as usual, Apple’s new product really isn’t anything new. It’s marketing, however, is quite innovative in the sense that it has basically developed a brand new category, even though the category already existed. It’s just no one cared.

Tablets have been around for a few years, but have failed to catch on with consumers. According to Scott Berkum’s The Myths of Innovation, people really aren’t as into new ideas as they would like to you to believe. Further, bigger, faster, stronger, better, more doesn’t really setup a product for easy adoption and success. The main problem? These are just tactics. Shots in the dark hoping someone will pay attention and form a natural interest. Innovation takes more than just tactics. It requires strategy. Few understand this more than Apple. 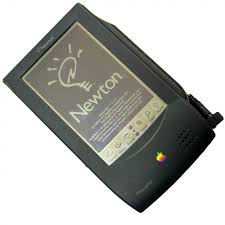 People tend to forget about the Newton, one of Apple’s biggest and brightest failures. According to Brant Sears, a developer on the project, the company had the habit of developing things that were really cool, but, unlike now, really impractical. They were the thought leader in the industry, but not thinking straight. They thought differently, sure, but in the awkward sort of way. Newton was one of many products released that failed to grab consumers, despite being “innovative.”

Under the renewed leadership of Steve Jobs, Apple started doing more than thinking differently. They started thinking strategically. Products are cool without being awkward. They are no longer developed with no marketing or follow through. They took their original brand message of being different and dynamic to make the human connection while also showing the practicality of their products to further it.  They’ve learned to do things that impact the human experience and triggers interest, leading their consumers forward with innovation.

Though criticized as lazy, the first iPad fell exactly where it needed to be in terms of introducing innovation. As mentioned before, people aren't fans of new ideas. What you can do is build upon the familiar to introduce them to the spectacular. It’s another take on the Adjacent Possible idea discussed by Steven Johnson in his book Where Good Ideas Come From. Innovations don’t spring full grown out of people’s heads, but are built on the innovations that have come before. The introduction of such things must be built upon the same foundations in order to find a solid footing with the masses.

The first iPad was basically a bigger iPod Touch. Early reviews were less than sensational, but the emotional responses were astounding. Apple was able to open the gates for people to finally embrace the tablet. Just as they had slowly introduced new things into each iteration of their Mac Books, iPods, iPhone, and other products. Sometimes introducing a new element, and sometimes adopting something that was already standard, or making their own, and bringing their built in audience along with them.

What Apple has shown us is that having an innovative product is not enough if people can’t get into it on an emotional and visceral level. You have to have a strategy that achieves these two factors to bring your audience along for the ride. Being new and genius isn’t the same as the whys and wherefores, but are tactics that only work in the short run to generate thought, where as a good strategy towards introducing innovation will continue to pay you back with interest.