The Story Behind the Evolution and Revolution of NeboCMS 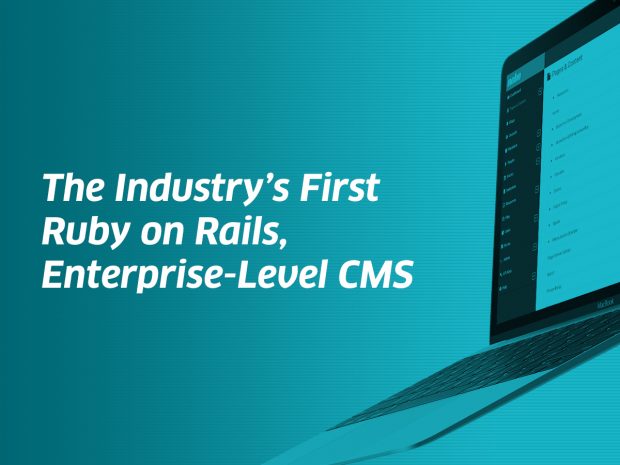 To be clear, NeboCMS isn’t actually new. We first developed V1 over a decade ago. We’ve used it for tons of our clients, but we’ve never really publicly talked about it.

Unless you work at Nebo or are a client that uses it, you’ve probably never heard of it.

It was the mid-90s and I was a CIS major at Appalachian State University. This meant we took a lot of classes on database theory, systems and analysis, programming theory, etc. We also took programming classes. The worst were Cobol 1 and 2. The main Cobol professor liked to make those classes difficult. But that wasn’t why it was hard — it was hard because we had to write code, then get it compiled, then troubleshoot the many errors we all made, then do the entire process over and over again.

Shortly before I graduated, a seemingly radical professor went beyond VB. He was teaching an elective digital class. This was rare in the 90s. As such, everyone wanted to take the class. HTML was very basic back then (it took about an hour to learn). This was a pre-Photoshop era. We used PaintShop Pro. There were controls like “buttonize,” and if you wanted to process a form submission or do anything sophisticated, you had to write it in Perl, which was basically a web equivalent of Cobol.

The point of this rambling is that we were trying to learn and build things that didn’t have textbooks or rules yet. It was exciting, but also challenging. One day, I asked a question in frustration. My professor simply said:

“The best way to learn is to learn by necessity.”

He probably said this in part because it was true, but also because he didn’t know the answer to my question. How could he? The web was a glorious, ungoverned and undiscovered place at that time.

Meanwhile, Adam was building and launching sites for his first startup (albeit, while in high school). He had a design focus. He had a UX mindset. Yet, he also understood technology, although he viewed it as a means to an end.

In 1997, Adam helped one of his clients do $3 million in online sales. Adam was a prodigy. He was also passionate. And this user-centric approach forever shaped his worldview.

Flash-forward a few years to when Adam and I had just started Nebo.

We were frustrated with the options for content management systems. There seemed to be two basic models.

On the one hand, there were open-source CMSs like WordPress or Drupal. On the other were closed, paid-for CMS platforms that had enterprise capability, but were over-loaded with features and didn’t have the flexibility to meet client needs. Moreover, these CMS platforms tended to be extremely hard to use.

So, rather foolishly, we decided to build our own. We didn’t want to sell it. We just wanted to make a CMS that made our clients happy and our job easier. Thus, NeboCMS was born. It was user-friendly. It was built with marketers in mind. It was intuitive, yet powerful. It was also the first W3C compliant CMS that we knew of.

It was adaptable. It wasn’t open source, though. We didn’t want to create a CMS for everyone. We wanted enterprise-level capabilities, but with accessible code. We wanted something that was easy to use, but could be adapted perfectly to an organization’s unique needs.

Clients loved it. People asked if they could buy it. But we decided to keep it as a competitive advantage to offer our clients when they worked with us on design, development and UX engagements. Clients like FilmStruck; Children's Healthcare of Atlanta; Smallwood, Reynolds, Stewart, Stewart; Mirion Technologies; Belgard; The Arthritis Foundation; IKEA; FHLBank Atlanta; MARTA; Oldcastle; AMA Atlanta; TAG and many others of sizes big and small powered their sites (or microsites) with NeboCMS.

And no one ever knew, because we never told anyone. We didn’t want to and didn’t think anyone would care if we did.

As I think back to the professor’s perl of wisdom (corny joke intended), we not only learned by necessity — we also invented by necessity.

It’s 2017 now, 13 years after we first started thinking about V1 of NeboCMS. And the landscape hasn’t really changed. Technology has changed. Consumers have changed. However, there are still largely just two models available to the CMS world.

The open-source landscape is largely the same. There are some really good, simple solutions out there. However, to evolve them to a point where they’re truly ready for the enterprise is a daunting and fatally flawed lift.

Basically, it’s like you have a car, but you need a truck. You take this open-source platform, add some plug-ins, throw thousands of hours at customization at it, and boom — you now have an El Camino.

Probably not the original intent.

On the other hand, there are amazing enterprise-level platforms out there. They’re mostly cloud-based now. But, they’re still largely expensive, rigid, not user-friendly and built for IT people that think about technology and infrastructure, not agility or UX.

Adobe is busy building away at Experience Manager, and it has incredible capabilities. Yet, it is still limited in its customization and source code accessibility, and the UX for a content manager is intense and requires significant expertise — not to mention its cost. There are also platforms like Sitecore, another powerful CMS. However, it takes substantial training to use Sitecore well. To paraphrase many of our clients: It’s cumbersome, painful and expensive.

We could list more, but I think the point is made.

However, we simply think there is room for a third category. We think there should be another option.

We also think it’s time to tell the story of NeboCMS.

NeboCMS is a platform that was built by content managers, for content managers. That means clients don’t need plug-ins or widgets, because they’re already built in and well thought out. We’ve integrated it with almost every major CRM. It’s natively mobile friendly, W3C compliant, and gives complete control over SEO and social settings. It’s also been designed with marketing in mind, built to integrate with Google Tag Manager, Google Analytics, Adobe Analytics, Google Experiments and more.

In short, we’ve built a CMS we would want to use — one that combines the flexibility of an open-source CMS with the power of an enterprise-level platform.

V4 of NeboCMS stays true to Nebo’s core values and to the history and purpose of the original version. However, it’s evolved to a point that is truly unique in our space. It’s the industry’s first Ruby on Rails CMS platform. It’s also built for the user as much as it is for the consumer or IT pro.

We’re very proud to announce the latest launch of our CMS (which we piloted two years ago and already has a robust install base). It may not be for everyone. That’s ok. We’re happy to give the world another choice. We also want to encourage others to build more systems like this.

While we love and are partial to NeboCMS, we believe the world will be better off if we expand this category. More choices mean more innovation.

More innovation and more choices make people happy. And that makes us happy.