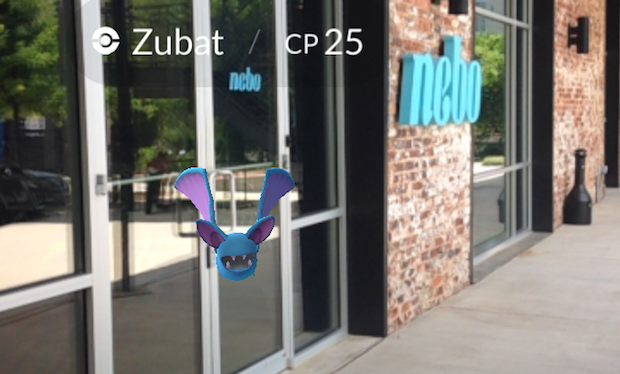 Niantic began in 2010 as an internal Google startup. At the time, Google exec John Hanke worked with Google Geo (Maps, Earth, and Streetview) and was tasked with building cool stuff on top of their sprawling database of interactive maps. Thus, Niantic was born.

Niantic’s first venture into augmented reality was Field Trip — not a game, but an app that enhanced urban exploration by notifying you of cool sites nearby and providing historical cards at each destination. But let’s face it — there was reading involved, and we all hate that. Plus, unless you were already into that moving around type of stuff, it just wasn’t inspiring enough to get you off the couch.

Niantic broke out to take more chances at partnering with other companies when Google became Alphabet. It was then that Niantic delved into its first augmented reality gaming adventure: Ingress.

Ingress was Niantic’s first exergame, a term no one uses for video games that make you get off your ass. The basic premise of Ingress is that there are two factions, the Enlightened and the Resistance, who battle each other in a real-world game of capture the flag. Much like Pokémon Go, Ingress urges users to visit statues, buildings, and other notable locations that are “portals” in the game. Add to that resistors, XMP bursters, hacking portals, attacking portals (not to be confused with hacking them) … Listen, it’s complicated, and you’re here because you like the simple things in life, like cartoons where 90% of the dialogue is “Pika pika.” The point is that it’s easy to see how Ingress laid the foundations for Pokémon Go. In fact, many of the impressively obscure and delightful locations in Pokémon Go were crowdsourced from Ingress players, and rumor has it you can find rare Pokémon using Ingress’s map (but that wouldn’t be any fun, would it?).

Despite that Nintendo has been rotting our brains since 1975, until now they still hadn’t made much headway in the world of mobile apps. Thanks to Niantic’s blockbuster creation, Nintendo’s stock rose $7.5 billion dollars in just two days.

As for the Pokémon franchise, Niantic has successfully performed CPR. While the games are still successful on consoles such as the 3DS, my mom stopped fighting me for game time in about 2002 when the craze started to wither. (Although according to this poll from the ancient internet, 24% thought the craze was already over in the year 2000.) Before Pokémon Go, the franchise had fallen out of the eye of the masses, and it’s easy to see why. Mobile gaming is saturated with free or cheap options, including easy-access virtual reality. With a simple piece of cardboard, kids can violently kill stuff in beautiful VR technicolor. Meanwhile, Pokémon continued swaying back and forth on a 2D plane, staring at each other and calling it a “battle.”

And truth be told, it’s not that much different now. They still don’t do much more than sway back and forth, but the difference is, they’re swaying back and forth in our world. Now we can live out our childhood fantasy of living the nomadic Ash Ketchum lifestyle, catching Pikachu behind the police station, hatching eggs as we walk to work, and taking selfies with Squirtle, all thanks to Niantic.

But whether Niantic can wrangle its overnight viral popularity and turn tripping over stuff and finding dead bodies into an American pastime is yet to be seen. It may lose steam and drop as dead as a Flappy Bird. But for now, let’s just hope Niantic spreads its wings and flies like a sparkling Ho-Oh into the rainbow.

Clearly Leo D. did not read the same blog as me? I don't see where this blogger is even talking about people's stupidity? Hyper sensitive you think? Maybe you are one of the stupid pokemon catchers you think she's referencing? If you can write better, then do it. Put your money where your mouth is! You can only dream of having a writing job so don't quit whatever you do, other than apparently catch pokemon, in haste!

This article is absolute crap. Blame a game for people's stupidity?? Ok then I blame forks for obesity. See how much sense that makes??? You shouldn't be writing. Don't quit your day job. Unless writing is your day job, in which case, quit it. Quit it right now and find a new one.