Otto Neurath and the Untold History of the Infographic 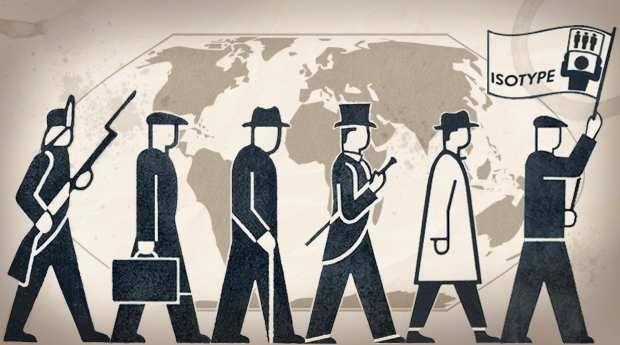 The common cliché is that a picture is worth a thousand words. However, the worth of an image is still grossly undervalued. A picture has the ability to break down barriers of misunderstanding across languages and cultures, while using universal truths and experiences to help people make connections.

Of course, it's easy to see how a picture could lose its perceived worth. Today we are so inundated with imagery that it seems very commonplace, from skulls to represent poison, to street signs that tell us when there are children at play, to directions on how to put on a floatation device should our plane lose altitude. And of course, there are those wonderful things called infographics, which help break down the loftiest, dustiest, most impenetrable statistics into easy to understand bite-sized chunks. You can’t visit a website, open a magazine or even go the bathroom these days without seeing one.

There are many people throughout history who helped push the use of infographics to be commonplace. Most notable among them is Edward Tufte, whose book, The Visual Display of Quantitative Information, is considered the Bible on the subject. However, Tufte is far from the first to use pretty pictures to make things simple and easy to understand. Way before Edward Tufte mortgaged his home to finance his book on infographics, a polymath by the name of Otto Neurath saw value in images being more than just a pretty picture. He had a vision of using images as a universal language, changing the way we look at statistics and, yes, the restroom… forever.

A Teaching Tool for the Common Man 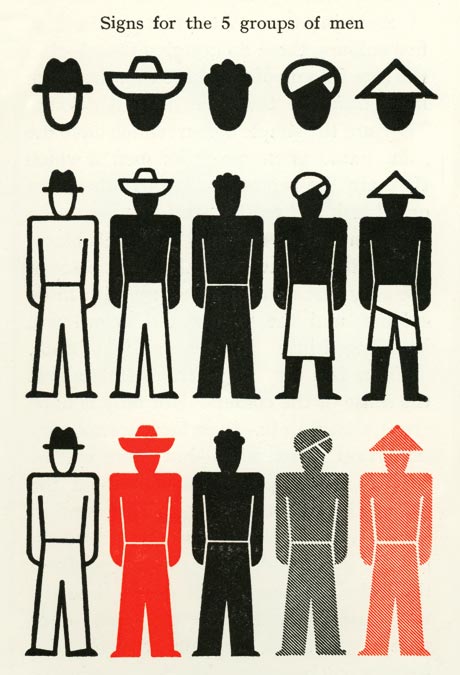 On November 2, 1918, Austria, for the first time in its existence, was a republic. After the collapse of the Habsburg dynasty at the end of World War I, adult men and women were given full voting rights. But with this newfound rights came new hardships.

Refugees from what is today the Ukraine flooded the capital of Vienna. The middleclass was plunged into poverty after buying worthless war bonds. Spanish flu and syphilis ravaged the country, while food supplies were cut off. In addition, there was a great divide between the citizens of the capital dedicated to Marxism, and the people of the countryside who were staunch Roman Catholics, keeping tensions at an all time high.

However, the intellectuals and politicians of the day believed that Austria could rise up as a shining example of democracy. One of those intellectuals was Otto Neurath, who was in charge of Housing and Adult Education. As part of his duties, he founded the Sociological and Economic Museum. There, he taught the people of Vienna about their city and showed them what its government was doing to make their lives better.

With an uneducated working class, Neurath knew he’d only be boring his audience to death by trying to explain dense statistics with a bunch of big words. Instead, Neurath called upon his childhood fascination with hieroglyphics to help the populace understand what was going on with their government. Neurath created giant colored diagrams of the increases in poultry-breeding and vegetable production using simple pictures of chickens and carrots. And thus, the ISOTYPE was born. 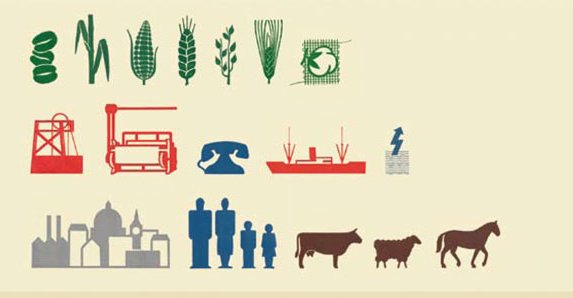 Neurath had a grand vision of creating a universal language based on imagery not only to help his fellow man, but also to break down barriers in understanding between cultures. ISOTYPE (International System of Typographic Picture Education), originally called the Vienna Method, was the fruit of that labor.

Of course, Neurath wasn’t the first to have the ambitious goal of a creating a universal language. There was Volapuk, created by a Roman Catholic priest following a religious vision, and Esperanto, created to help spread ideas on a peaceful coexistence between different people and cultures. However, only Neurath was willing to break free of the chains of language’s verbal structures and attempt something different. As he declared, “Words separate. Pictures unite.”

Far from anyone’s draftsman, Neurath enlisted the aid of Europe’s best and brightest in design to help bring his vision to life. He often visited and lectured at the Bauhaus, along with seeking the advise of designers El Lissitzky and Jan Tschichold. And he adopted Futura as the typeface of his Isotypes after seeing Paul Renner’s work.

However, his greatest collaboration was between Gerd Arntz, whose simplified woodcuts impressed Neurath and his future wife, Marie Reidmeister, who was in charge of transferring the text into images. Together with their 25-person team, large for a design team even by today’s standard, they created pictograms that explained the socio-economic issues of their day. 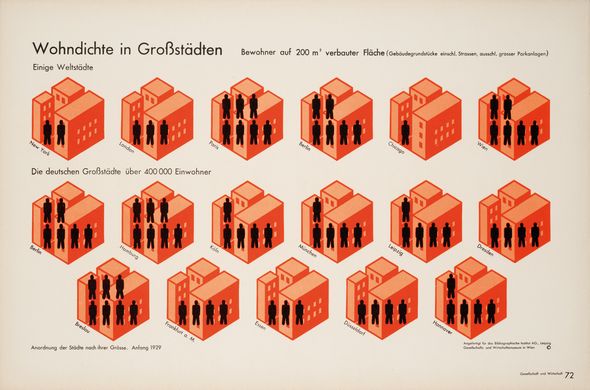 The Rise and Premature Fall 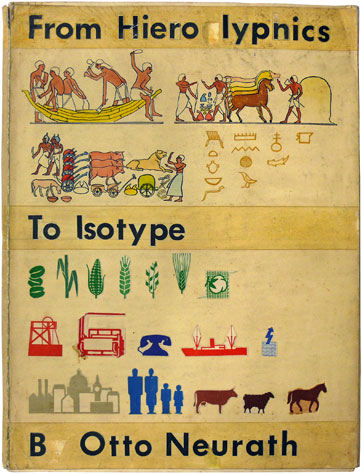 Neurath’s pictorial language caught on very quickly. Newspapers across the world were soon creating their own Isotypes to share quantitative information, as were New Deal thinkers and designers in the US. Around 1931, Neurath partnered with the Mundaneum to promote his work internationally. Soon, branches of his design studio were forming in Berlin, The Hague, London and New York. Members of the Vienna team traveled periodically to the Soviet Union to produce statistical graphics. Neurath began writing and publishing books on the Isotypes and creating a set of best practices.

Unfortunately, just as the end of one war helped birth the Isotype, the start of another threatened to bury Neurath’s work entirely. While away in the Soviet Union, the Austrian Civil War made it unsafe for Neurath to return to Vienna, in turn causing the team that he had created to disperse and the museum’s work coming to a halt. Neurath was eventually exiled in England, where he continued his work up until his unexpected death in 1945. His wife, Marie, continued his work and created many children’s books using Isotypes that influenced teaching practices around the world.

Though Neurath’s vision was cut short, his impact on the world of graphical information is no less important or inspiring. He helped establish many design best practices that are still used today, along with the look and shape of modern signage. Neurath wasn’t the first person to form a universal language, as many others had tried before, nor was he the first to use symbols to represent information, as his work took a page out of the book of the Egyptians. His greatest contribution is that he made information more accessible to the common man, changing the way we look at information forever, from statistics on the economy, to an experience as simple as rushing to the restroom.

This is a brilliant summary of the history of infographics and Otto Neurath's impact on it. I only wish I had found this sooner; it is essentially a sizeable part of a chapter in my dissertation on the use on infographics in the media and makes a great reference.
Thanks!