Nebo Debates the Future of Google+ 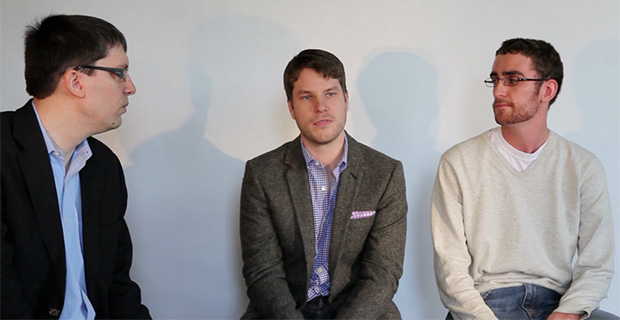 Google+, Google’s latest attempt to harness the power of social media, has become integrated into many of the search giant’s products, from AdWords to YouTube. Unfortunately, Google+ has failed to engage users mirroring the failure of Google Wave and Google Buzz. Will continuing to support a failing product damage Google’s reputation beyond repair or is Google+ simply too big to fail?

Our President, Adam Harrell, went head to head with Senior SEO Specialist, Brett Snyder, over the relevance and staying power of Google+. Below are a few highlights from the debate.

Socially inept or late bloomer? Google+ hasn’t been successful as a social media platform. But, will Google figure out a way to make it work?

Google+ v. Facebook. Was Google+ created to compete with Facebook, or to be something completely different?
Niches & Pain Points. Will Google+ find its niche as a social media platform, or should Google just give up already?
Competitive Advantage of Network Effects. The odds are already stacked against Google+. Can it overcome them to be a success?
Final Thoughts

Social media is the biggest area of growth in search. No one understands this more than Google. And no one is more sensitive to this fact, either. Google+, their best effort to harness the power of social media, has been slow out the gate, with no signs of picking up steam. Google, however, is prepared to pull out all the stops to make the social network succeed. There is a vocal minority that believes Google+ will eventually succeed, while there is an indifferent majority that still sees it as irrelevant. The truth about whether Google+ is too big to fail, and the effect supporting the social network will have on Google’s dominance of search, remains to be seen.