The Magic of Positive Thinking 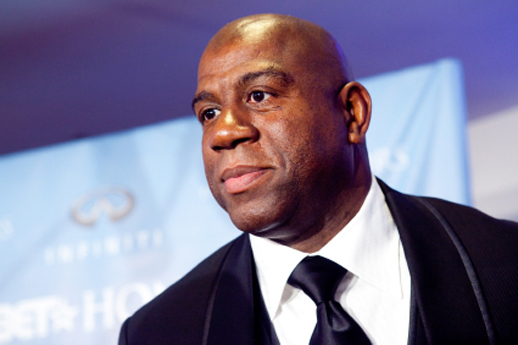 By 1991, Earvin “Magic” Johnson accomplished what most NBA players couldn’t fathom. Unfortunately, his legacy was in danger of being overshadowed by three letters: HIV. During the press conference where he announced his retirement, and what many saw as his death sentence, Magic made a comment that might have seemed like humor in the face of tragedy, “I plan to go on living a long time and bugging you like I always have.”

No one expected that this would prove to be more prophecy than hubris.

Twenty years later, he’s still around. He’s a successful entrepreneur, philanthropist, and a grandfather. He’s spreading hope and awareness about HIV to people all over the world. He’s thriving instead of waiting to die. He’s achieved the impossible through the power of positive thinking.

Though considered cliché, the power of positive thinking cannot be denied. It has been tied to not only to the health and success of people, but brands as well.  It has played more than a minor roll in the comeback of some of our favorite brands.

The truth is that anything can make a comeback with the right attitude. As Charles R. Swindoll once said, “Life is 10 percent what happens to us and 90 percent how we react to it.” It gains us nothing to think negatively when faced with challenges. However, a can do attitude opens up our lives to possibility, allowing everyday magic to enter our lives. When faced with challenges in which bad meets worse, instead of thinking negatively, we should define our problems the same way Magic did:

“Just another thing in an eventful life. Let’s move forward.”

We need to stay postive! Live and let live be open . Pray work hard to get to where your going , thinging outside the box does wonders . Getting educated from life people places things , Reading .

Positive energy must be accompanied by responibility as well as enthusiasm!

Exactly, Shari. When you get in a groove of reacting to things negatively, that's all you see, instead of the positives and the opportunities in front of you. Or as you stated, create them.

Do you ever notice how people who seem to have a negativity about them are never at a loss for things to complain about. They use up a lot of energy. Wouldn't it be easier to flip the negative into the positive and create exactly what they want and have some energy left to appreciate it. I never understood the reasoning behind "bitchin' about it" rather than creating it. God Bless Magic