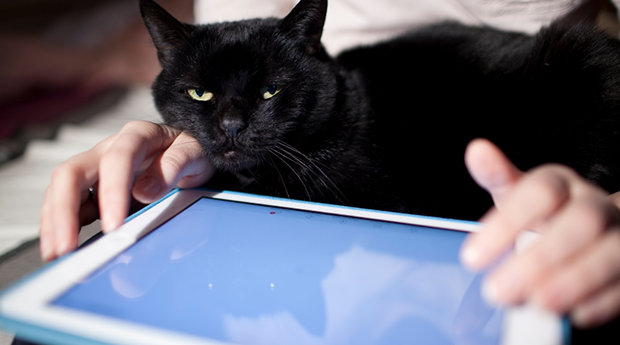 Millennials living at home follow the traditional routines of their parents, with the main TV in the living room and hand-me-down sets in other areas of the home. There is also the chance that a laptop or tablet has replaced television in the bedroom. When millennials go off to college or get busy with their first jobs, their habits change, and the primetime viewing schedule no longer fits their lifestyle.

In addition to these lifestyle changes, Millennials are also less into cable and pay TV options that can be between $100 and $200 a month. Almost everyone has a mobile device that can be used to access content for a fraction of the cost or, if need be, streamed to a television. Unless it’s a major live event or popular show, it’s not important for millennials to catch a show the day it airs.

This is where the 2nd screen argument breaks down. While brands can experience big gains during live events, especially with well-placed tweets, most of the time millennials are, for lack of a better term, meh when it comes to apps and specialized 2nd screen content. While they enjoy voting on their Samsung Tab for American Idol, using tvtag to share their viewing habits, it’s really nothing special.

Though they may be on their mobile devices while watching TV, you have to analyze what they are doing while on the “2nd screen.” Are they multitasking while watching broadcast television, or is the big TV just a large white noise generator? Are marketers really onto the habits of their target audience, or are they taking shots in the dark in hopes of capturing the magic of Oreo?

While the big screen in the living room remains the epicenter of home content consumption, portable devices are impacting viewing throughout the home. In a recent survey, 46% of people said they use their smart phone in the bedroom, followed by 41% using their tablets and only 36% reporting using an actual television. Unsurprisingly, around 34% of millennials watch mostly online video or no broadcast TV.

Online content providers are benefiting from these behavioral changes. Hulu recently revealed that 50% of their content is viewed on portable devices, helping the subscription service bank over $1B in revenue last year. Further, embracing the streaming market is what helped Netflix turn around its ailing business after numerous unpopular business decisions in 2011. Traditional outlets such as ABC and HBO are adapting their content to support these habits in hopes that millennials will revert back to traditional patterns once they reach a certain age and income. However, that remains to be seen.

A Prime Time for Marketers

So what does this mean for marketers? Opportunity.

This shift in viewing behaviors represents a unique situation where brands can reach millennials in a unique and engaging way.

Television shows such as Lost and Heroes created transmedia content to allow their audiences to further interact with the cast and storylines through a variety of mediums. While a television show would have natural opportunities to share their story across mediums, brands have the opportunity to do the same. A recent example is Chipotle, which recently launched an original Hulu series on factory farming to promote their brand beliefs.

There is also an opportunity to create content or apps that enhance—or possibly safeguard—the viewing experience. Netflix created a “spoilerfoiler” app for select television shows that helps people browse Twitter without seeing crucial plot points about House of Cards.

Of course, developing content is nothing new. Marketers have been pushing the envelope of what constitutes marketing versus what constitutes entertainment for years. Just look at BMW Films from a decade ago, which is making a comeback, by the way. What’s different is that what used to be a rare occurrence reserved for big brands needs to become a commonplace tactic for companies across the spectrum.

With consumers moving more and more toward the “2nd screen” as their outlet of choice for entertainment, there is a tremendous opportunity to realign our marketing strategies to the emerging status quo. We throw the term “audience” around as a synonym for our target markets or specific demographics. Maybe it’s time we start looking at millennials as an “audience” in a more traditional sense: a group of people looking to be entertained and educated through engaging content.

While many of us would like to go back to the golden days of television and advertising, our future lies in something brighter and a lot more impactful. “Must See TV” is no longer relegated to Thursdays from 8 to 10 p.m., nor does it belong solely to cable networks. It rests in the hands of consumers in their homes or on the go with their mobile device of choice and marketers who are smart enough to take advantage of the new landscape.