Is Machine-to-Machine Marketing the Next Big Thing? 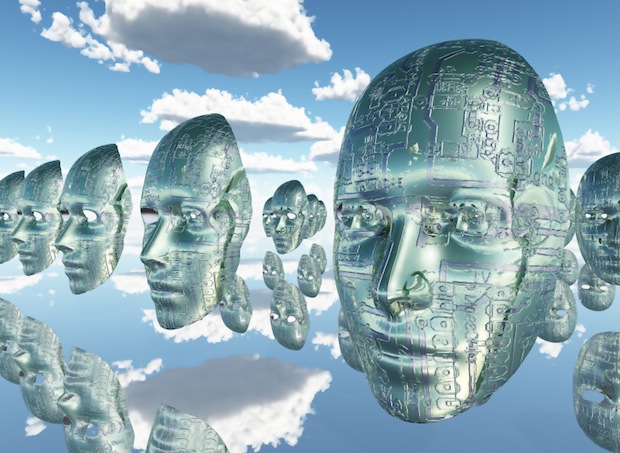 Picture this. You’ve just polished off your last bottle of white wine. Your refrigerator takes note and places an order for you. The next day when you arrive home from work, a fresh shipment of sauvignon blanc awaits you on your doorstep.

This is the inevitable future we’re learning to expect. The Internet of Things. Smart Objects. Digital Twins. A world full of interconnected apps and devices that have the ability to make decisions for us — without us.

Need flowers for Valentine’s Day? Your phone will order your wife’s favorite lilies based on her stored preferences and your recent order history. Want to watch the new Will Ferrell movie? Your smart car will pre-order movie tickets and popcorn based on your current location, traffic, and travel speed.

No one will complain about outsourcing the mundane decisions of life. But will the end of human-driven purchasing decisions spell the end of marketing as we know it?

As Lee Corso would say, “Not so fast.”

Up until now we’ve been the decision makers. But as we begin to pass our tasks on to machines, how will the decision cycle change? How will machines make the decisions we don’t have the time for?

Whatever makes the decision will do so from a vastly different perspective than what we’ve seen before.

It’ll use our personal data, sure. And any custom preferences we declare. But that won’t be enough. Machines will need to learn, to think. They’ll have to do the groundwork that we usually cover. They’ll move from simple objects to machines built for researching, vetting, sourcing and pricing entirely new products based on what you prefer.

It will be a directive-based system — at least in the beginning. We’ll set the preferences. We’ll make the changes. The machine will be the one to implement everything, interacting with search engines, product databases, review sites, niche blogs, and many other sources of information along the way.

And that’s not all. It will have to account for not only price and quality but also brand and trust and reputation and aesthetic and many other difficult-to-quantify factors according to your individual values and beliefs.

But what if machines aren’t the only next step? What if versions of us direct the entire process? Despite sounding far-fetched, we’re already seeing it in practice every day.

We’re growing closer and closer to the concept of “digital twins,” copies of ourselves that exist in and interact with the digital space. You know your favorite social network? That’s the first baby step. We’re already accustomed to a world of digital copies. Soon they’ll do more than act as profiles and projections of our lives. They’ll mimic our beliefs and our needs. They’ll act like we do. They’ll think like we do.

We’re looking at a not-so-distant world of digital where perfect copies of our behaviors (and assumed needs and wants) direct the entire decision cycle for us. Sure, we’ll need to figure out how to teach them to think like people and interact like computers. But with Apple’s Siri and Microsoft’s Cortana, we’re seeing the foundation of digital interaction on a level unlike anything before.

A digital world where machines make the decisions sounds crazy, but it’s not.

Because M2M marketing will be the key to making it all work.

This may all sound like some kind of strange Orwellian future. Some distant Jetsons future-scape.

But it’s coming. As marketers, we need to prepare; and we can start by asking some basic questions.

Programmatic advertising as we know it leans on data from hundreds, thousands, or even millions of people over time to identify trends in behavior. To begin launching M2M campaigns, we’ll need to rethink the playbook, so to speak. We’ll still need to include the decades of user research and behavioral modeling publishers and advertisers have now, but that won’t be enough.

Humans are driven by emotional needs and wants. We connect with aesthetic or story elements in advertising and use those intuitions to inform our choices. We remember the brands that make us laugh and cry. We hum catchy jingles in the shower. We find our eyes drawn to bold logos and elegant packaging.

Whatever takes over will likely have a wildly different buyer journey than its human counterpart would. A machine might skip parts of the funnel entirely if it deems them inefficient or seemingly "off course" — because logic is the sole motivator. It won’t ask its friends for recommendations the way we would. It won’t add things to its digital cart and then forget about them.

To mend this divide, we’ll start to see a hybrid of preferences we set within our devices, some SEO-like approach that helps machines find, understand, and trust other machines (think: semantic search combined with schema type markups on steroids), and we’ll start seeing behind the scenes deals between brands.

But it won’t all happen at once.

The Near & Distant Future of M2M

The immediate returns of M2M marketing will materialize in innovations like Amazon’s anticipatory shipping, where the retail giant will pre-pack items for shipping according to an algorithm based on your order history and trends. Small test concepts like this will start to become everyday norms, leading the way to a more connected and automated world.

It’s important to remember, though, that the smartest objects and machines won’t simply buy, sell, and replace. That’s how things will start. But they’ll soon do much more. They’ll think. They’ll learn. They’ll evolve. They’ll “help” us make better decisions. But, to do this, they have to be connected to the newly converged online and offline worlds.

They’ll need to be able to discover, evaluate, and test products. These AI-powered devices will have to learn how to read human reviews, delineate between marketing and word of mouth, and know when to ask for help. And they’ll consume both content and advertising, in whatever forms they end up taking.

A smarter, more automated world will soon be a reality. Sooner than we think.

It’s time for marketers to start getting ready.

June 30, 2022
A Better World Starts with Awkward Questions
June 3, 2022
Adult Field Day = Everybody Wins
We do it for the gram
Like this post? Share it!
Back to the Blog