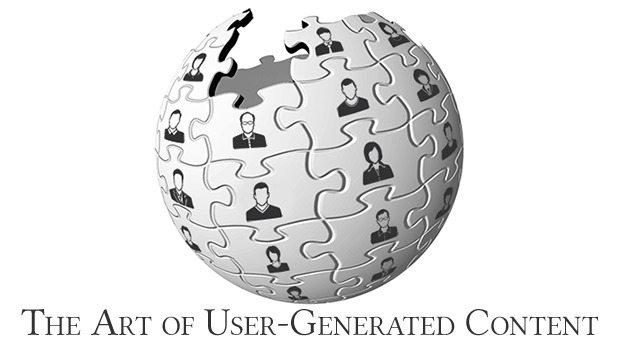 It wasn’t that long ago that Wikipedia was nothing more than a punch line. A fun place to poke around for fifteen minutes, maybe, but not a place for serious learners to spend any considerable amount of time. You couldn’t cite it in your school papers, or even mention that you glanced at it. You couldn’t quote it during intellectual debates, lest you risk being mocked. Acknowledging you learned something from Wikipedia was kind of like recognizing the Don Henley song “Boys of Summer” because you loved The Ataris’ version. The whole premise of Wikipedia reeked of amateurism.

The world’s attitude toward the online encyclopedia couldn’t have been summed up any better than it was by The Office’s Michael Scott when he famously said:

“Wikipedia is the best thing ever. Anyone in the world can write anything they want about any subject, so you know you’re getting the best information possible.”

But somewhere along the way, everything changed. Michael Scott’s words remained true as ever but somehow lost their smarmy undertone. Wikipedia suddenly DID become a source for the best information possible, precisely because anyone, anywhere could edit anything they want. And the founders of Wikipedia did this without ever paying a team of researchers, writers, and subject matter experts to do the heavy lifting.

They did it by mastering the art of user-generated content.

The Importance of Passion

In 2000, Wikipedia began as a side-project while its founders tried to launch Nupedia, or what would have been one of the first free online academic encyclopedias. The story goes that it took them six months to get two properly peer reviewed entries (two!!) written and confirmed by subject matter experts. Wikipedia, the user generated alternative to Nupedia, moved a little more quickly. Today, 14 years after its launch, Wikipedia hosts over 4 million individual articles.

4 million is an astonishing number, considering each article is written and reviewed for free by volunteers. There is no tangible incentive to contributing to Wikipedia. There is no formal prize to win and it’s unlikely you can put your work for Wikipedia in a freelance writing portfolio. So why do people spend their time doing it?

It’s because Wikipedia has found a way to tap into people’s greatest passions. You’ll find Wikipedia entries aren’t strictly relegated to historical figures and military conflicts like most hard copy encyclopedias. There’s an article for just about everything that exists. And for anything that exists, there are a handful of people out there that absolutely love being an authority on it. Whether it’s the Australian Federal Election of 1901 or Fanny Zilch, a cartoon character from the 1930s, somebody is dying to talk about it.

And, perhaps more importantly, Wikipedia has found itself spearheading the information movement. Even more than their individual niches, Wikipedia users and editors value free information. Some people add information to articles not to fulfill some great passion, but just because they believe that information should be widely available.

Getting users to take time out of their day to create content for your campaign can be a tough sell, especially if your product or service doesn’t inherently invoke great emotion. To pull off UGC, you have to find a way to excite and inspire people.

A Sense of Community

One of the most important things Wikipedia’s founders realized was that this heap of user-generated content doesn’t, or rather can’t, exist in a vacuum.

Community doesn’t just happen. The reason so many attempts at trending hashtags on Twitter fall on their face is because even if people are chiming in, that doesn’t mean there’s any kind of meaningful interaction. A live stream of one-liners can’t compete with a real discussion that evolves, grows, spreads, and inspires users to create new content. That’s what Wikipedia specializes in.

There are over 30,000 active contributors (or Wikipedians) in a typical month. As they write and edit articles, their edits can be challenged or re-written by other users. This back-and-forth sparks dialogue on discussion pages, which goes on to improve the content or ignite ideas for new pages.

Wikipedia is never finished. Its contributors are always pushing each other and finding new angles to explore. Don’t let your UGC strategy end after the user submits – find a way to generate discussion and create a community around people who care about your topic.

Whenever a brand dips a toe into the user-generated content pool, there’s always a decision to be made about how much editing they’re willing to do. Anonymous Internet users can be rude, rebellious, vulgar, and even hateful. Do you allow them to post what they will, in the name of transparency? Or do you drop the censorship sledgehammer to protect your brand?

Wikipedia leans heavily toward the latter, and it’s done wonders for its content. Its moderators are quick to lock down pages that have been tampered with or vandalized. They are quick to enforce their content guidelines, standards, and code of ethics. And this decision has led to content of such a consistently high quality that it has attracted contributors of a similar quality, which begets even more great content.

Think about the last branded call for user-generated content you saw. Did you take a peek at what others users were submitting and find a bunch of typos, racist jokes, and spam? If you did, I’m betting it made you less willing to contribute.

Censorship doesn’t seem like it would go hand and hand with transparency, and it typically doesn’t, but Wikipedia provides a great example for brands hoping to strike this delicate balance.

Wikipedia moderators come right out and tell you when content doesn’t meet the site’s standards. Pages are often speckled with tags like “citation needed” or “this article may be biased”. These calls to action encourage users to fluidly address the problems rather than consider the content as a finished product with severe flaws.

Deleting or editing UGC without explanation can be a slippery slope. One of the keys to empowering users and preventing frustration is to be as clear as possible about your expectations for submitted content and, frankly, what is and is not going to fly.

What It All Means

Brands may feel like they’re at a disadvantage when it comes to engaging users. They may feel like they’ll be met with skepticism and standoffishness when it comes to soliciting content. But remember Wikipedia’s premise – a collection of the world’s accrued knowledge, written, edited, and reviewed by and for users. It sounded absolutely insane in its infancy. But through thoughtful community building, careful moderation, and its ability to inspire its audience, Wikipedia was able to become one of the world’s most trusted sources of information.

Remember Wikipedia’s story next time you launch a user-generated content strategy. Your brand, and your users, will be better off for it.

7. Apart from just making a page, wikipagecreator.net have entity bodies which are looking after and organize your Wikipedia page. As Wikipedia can be simply edited by any person, your business competitors can edit damaging information which can easily damage your reputation. But they have the professional team who monitor your page to edit the edited information that could damage your business.