How To Change the World 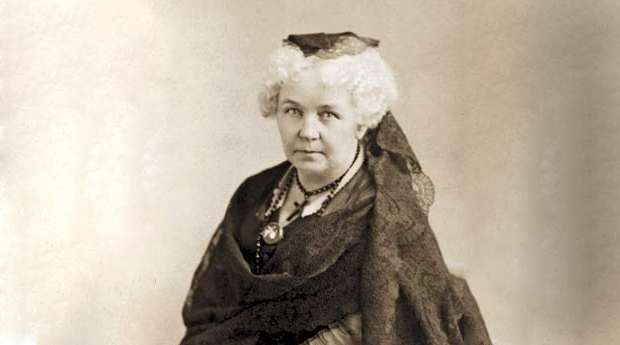 Do you know who this is? She is one of the most influential people in U.S. history, but her face and story are largely unknown.

Her name is Elizabeth Cady Stanton and many of us don’t recognize her picture, or even her name.

Stanton was born in 1815, in a time and world we wouldn’t recognize today. It was just 200 years ago, and that’s not much in the context of history. Our universe is about 15 billion years old, and humans have only existed for about 80,000 years. Stanton was raised in a society that gave her no voice and no power. She wasn’t supposed to change the world—but she did.

Stanton sparked the women’s suffrage movement in the U.S. She organized the first major women’s rights convention at Seneca Falls in 1848, where she read her Declaration of Sentiments. This powerful document, modeled after the Declaration of Independence, called not only for voting rights but also for universal gender equality.

Over the years, Stanton continued to fight for disenfranchised minorities, going on to help found the National Woman Suffrage Association and the International Council of Women, as well as advocate for an end to slavery and racial discrimination.

The name you associate with women’s suffrage is probably Susan B. Anthony, who was every bit as inspiring and just as pivotal to the movement. However, neither suffragette could have succeeded without the other. The two women worked very closely throughout their careers.

In Anthony’s own words:

"She forged the thunderbolts, and I fired them."

They fought tirelessly, and even though Stanton died before the 19th Amendment was passed in 1920, this achievement was the culmination of her life’s work. 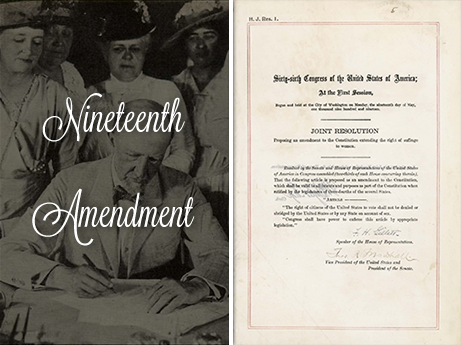 So why has Anthony historically overshadowed Stanton? Why hasn’t her story been told? Even though Stanton may not have called it PR, she understood PR. And she knew that she was an unlikely fit to be the public face of the movement as she held a number of views that were radically and shockingly ahead of her time. 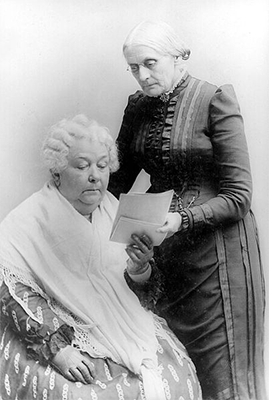 In addition to women’s rights, she also supported causes such as divorce reform, contraception and interracial marriage. Her big ideas made her somewhat risky to the cause, and she recognized that Anthony would be a more effective spokesperson.

So Stanton worked tirelessly, using what we’d now identify as PR best practices, to incite a social revolution. She was talented at writing, speaking and organizing. But her most important contribution was the way she built the case for women’s rights. Her peers said that her greatest skill was her powerful storytelling ability. Driven by her compelling narrative, Stanton’s outreach efforts changed hearts and minds.

In the 20th Century

It’s crazy to think that Stanton’s dream was realized less than 100 years ago. In the past century, we witnessed more change than any other period in human history.  We’ve seen the Wright brothers go from owning a bicycle shop to inventing and building the world’s first successful airplane.

We’ve seen Albert Einstein publish four articles that forever changed our understanding of physics, all written during a single year, while he was still a graduate student. We’ve seen Bill Gates and Steve Jobs defy the odds to make personal computing not only possible, but enjoyable. And we’ve seen Mark Zuckerberg revolutionize our social lives, bringing offline experiences online.

To bring these kinds of big, huge, scary ideas to life – to make a real difference – you have to understand the difference between good PR and great PR.

But how can we, in digital marketing or in any profession, go from good to great?

Many times we’re our own worst enemy. We are usually the main reason we don’t accomplish our dreams and goals. So don’t limit yourself. You already have everything you need to get started. You don’t have to wait for permission, for time, for money or for anything else. You can begin changing lives right now.

“How?” is a good question, but “Why?” is a better question. Asking “Why” leads to “What.” And “What” is everything. “What” is the answer. It’s women’s rights. It’s the airplane. It’s the iPhone. Once you’ve figured out the “What”, that will shape the “How”, and “How” is the easy part. Don’t let your resources define your goals. Set your goals, then focus on getting what you need to make them happen.

Instill Purpose in Everything

All businesses start out with a greater purpose, and the very best stick to that purpose. Southwest Airlines may seem like just another company, but every decision they make is geared toward their founding mission to democratize the skies.

As Roy Spence mentioned in his book It's What You Stand For, only 15% of Americans had ever flown in a plane in the mid 70s. Flight was a privilege that very few Americans could enjoy. Now 85% of Americans have been on a plane. And to this day, before everything they do, Southwest still asks, “Will this help more people fly?”

The core of any great campaign or product, even the funny and entertaining ones, is conflict. It’s our job as marketers to see how we can make users’ lives better, to fulfill their desires and needs—even the ones they don’t yet know they have. No industry is perfect, and every company can have a positive impact in some way. Once you figure out what’s wrong with the way everyone else is doing things, you can find a better way.

It’s easy to focus on the Four Ps and the literal blocking and tackling needed for a successful campaign. Good PR has discipline, key messages, important facts and convincing pitches. But great PR tells a story. It’s not just a collection of data points and figures; it’s an emotional journey. Story is everything.

Good PR earns placements and generates impressions, but great PR is electric, and it has a network effect that reaches beyond target media outlets. If you can inspire others to believe in your cause, you can build support easily and authentically.

Changing the world takes courage, but the things we fear are less threatening than they seem. If an anonymous protestor can stand in front of armored tanks, you can stand up for your dreams. Don’t be maliciously obedient. Be brave enough to tell your boss what you think. To stand against bad ideas. To make a career move if necessary. To defend your principles. To follow your dreams.  To bring your big ideas to life.

Be a Change Agent

People can be split into two categories: critics and change agents. It’s not hard to be a critic and to say, “I don’t like this,” or “This is wrong.” It’s much more difficult to take personal responsibility for improving a situation. Elizabeth Cady Stanton could easily have complained about how unfair her life was, but instead she did something about it. She didn’t just complain. She wasn’t a critic. She changed the world.

Have a bias toward action, not just observation.

Make the World a Better Place

If you do all these things, you can make the world a better place—for your family, your friends, your acquaintances and even strangers and animals. And in the process, you’ll make yourself a better person. You’ll know you’ve passed the most important test when you can look at yourself in the mirror and be proud of the person you see.

Elizabeth Cady Stanton never took a class in Public Relations. She didn’t have social listening tools or an email account or a Twitter handle. She didn’t have a list of virtues to reference, as we’ve made here.

But what she did have was the courage to fight for change. She embodied crucial aspects of great PR professionals, great storytellers and great innovators, and she provided the road map for passionate people who want to affect change at every level, even in the face of severe adversity.

We can’t all alter the course of human history, but we can learn from Stanton and use her legacy to help us think bigger than we ever imagined. And, by doing that, we can change the world.