Brands have been successful in adding digital tags to their ads since the Dot.com Bowl of 2000. The problem is that their tactics haven't changed much since then. It usually takes one brand brave enough to try something different and then every else tries to copy the formula.

The earliest signs of brands actually embracing the power of digital would be Doritos 2006 “Crash the Super Bowl” competition, which crowdsourced their Super Bowl ad. Contestants uploaded the commercials to YouTube, and fans could vote on the winner. Doritos hit on a promotional strategy that not only created an early buzz for their products before the big game, but also extended their investment. Media outlets, interested in the crowdsourcing phenomenon, began to re-air the videos, interview the entrants and rank user interest. People shared the videos with friends. Without knowing it, they’d stumbled upon a pre- and post-game digital strategy for Super Bowl advertising.

Before we knew the 49ers and the Ravens were going head to head in the big game, we had already started to see buzz for the commercials. Leaks, teasers, contest, microsites and gifs. Oh my!

Advertisers took advantage of the pre-season to get more life out of their investments. Many, like Audi, believe that the life of a Super Bowl ad fades about 24 to 48 hours after the game. Showing ads weeks before increases engagement and chances for a longer conversation.

Mercedes-Benz’s ad for the CLA had already been deemed a success before the game, racking up over 5 million YouTube views, thanks in no small part to riling up media with it’s cliché objectification of women. Audi & Coke have taken a “choose your own adventure” route, asking audiences to vote on the ending to their commercials. Lincoln joined forces with Jimmy Fallon to get people to write the script for their ad through Twitter. 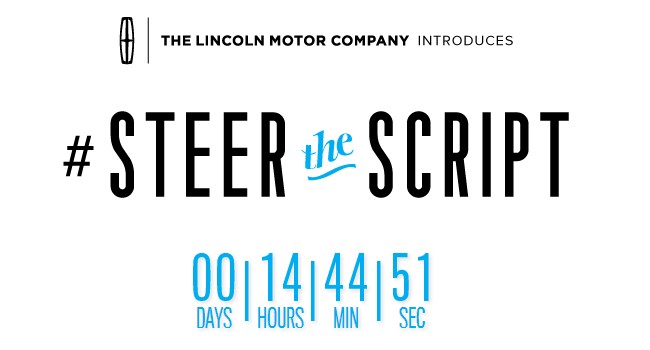 It’s an interesting pre-game mix of strategies in order to nurture and maintain an audience, and create a conversation—and a better return.

After the winner is proclaimed and the crowds have dispersed, it used to be game over for ads. They might make their way onto new time slots, but the magic was definitely over. Not so any longer. Commercials are finding new life afterward through shares on Facebook, YouTube and Twitter. It was hard to watch a commercial this year without seeing a Twitter hashtag, in hopes of turning taglines into a trending topic. Most of these hashtags, however, failed to truly engage the audience in conversation.

The best, however, use the Super Bowl as a launch pad for greater experiences or extending their stories. Like Oreo. Instead of putting a hashtag at the end of their commercial, the snack food instead opted to use Instagram. Once users went to Instagram, Oreo asked them to submit photos of objects they would like to be made out of cookies or creme, in a delicious ongoing challenge.

Or like Chevrolet, with the premier of the new Sonic sub-compact car. Their ad directed viewers to a microsite, where their target audience could learn more information about the car and play games and other activities.

Last year’s biggest success story, “Darth Vader” from Volkswagen, had legs after the Super Bowl not only because of shares on YouTube, Twitter and across Facebook, but also because media outlets such as the Today Show furthered the story, unmasking the little boy in the commercial.  This extended the story, leading to more interest, views, shares, tweets and overall exposure after the Super Bowls was over.

Money Left on the Table

The Super Bowl is a great platform for brands, enabling them to engage with an audience of over 100 million people. Unfortunately, they’re still thinking in terms of just a normal television commercial with the 24 to 48 hour post-Super Bowl window, and maybe collecting some new “likes” or “followers” or “Whatever the kids do these days”.

Few ads actually directed people to a microsite or targeted Facebook page. Hashtags were in prominent use, but few truly engaged people to have a conversation. Some commercials just had the social media icons at the end and called it a day, which we’ve wagged our finger at before. Furthermore, the most popular social channels aren’t the end of digital engagement. They chose a visual medium as a more creative way for people to talk about their product. Just think about what a brand could do on Pinterest or Tumblr or even Hulu?

Pre-game strategies have improved tremendously, but advertisers are still slacking when it comes to extending the conversation in the post game. More brands need to develop strategies that prolong the story or creates tangential stories or experiences.  When marketers figure out this piece of the puzzle, we may finally see an end to the debate on whether a Super Bowl ad is truly worth the investment.