How Stand-Up Comedy Made Me a Better Marketer 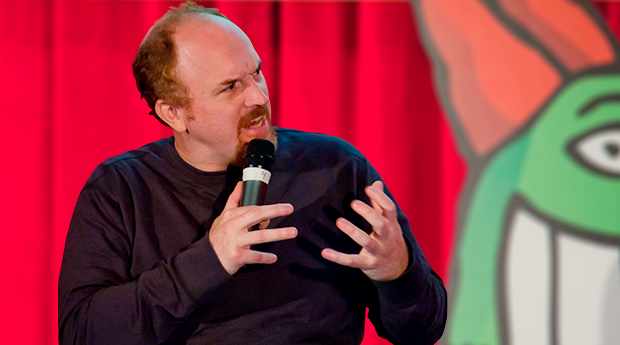 In 2011, I tried stand-up comedy for the first time. I heard that everyone bombs the first time on stage, and I was no exception.

It was at a place called The Five Spot in Little Five Points. I wore a bright tank top, a crystal necklace for good chi and copper bracelets that supposedly promoted good circulation. Since losing interest in astrology, my wardrobe choices have changed considerably. I performed at an open mic night with an audience of bitter comedians, angry that NBC didn’t cast them in a sitcom half a year into their careers. It wasn’t an easy crowd.

I paced back and forth at the back of the club, waiting for the goofball announcer to call me up. When he finally said my name, I approached the stage, trying to calmly breathe and fake some Andrew Dice Clay swagger. My first “gag” was a pratfall with a terrible follow up line that I’m too embarrassed to repeat here. As I paused and waited for any resemblance of a laugh, I felt an overwhelming realization that I had five more minutes on stage.

I clenched my typed-up joke sheet like a lifebuoy and moved on to the next bit. I got a good response on a few jokes, or at least that’s how I choose to remember the night. I muddled through my act and left the stage with a shattered ego. I had a bit of pride that I did it, but the experience made me realize comedy isn’t as easy as it looks.

I’ve only performed stand-up comedy five times since then. In 2016, I’ve decided to get back in the game like a linebacker after rehab for back-to-back ACL surgeries. But a lot has changed since my first night on stage with a microphone, talking through a cheap, crackling Behringer speaker.

I started as a copywriter at Nebo in August and realized there are many similarities between marketing and stand-up comedy. Both try to sell a person on an idea, a philosophy or a product. But just like in stand-up comedy, a campaign can bomb. A commercial or banner ad can be so pointless or cliché that the audience is completely turned off. They not only detest the advertisement, but they dislike the brand. Many times, these ads try to plug some humor into their spots, but usually the material is corny, hacky and disingenuous.

What makes someone want to listen to what a comedian or a brand has to say?

Louis C.K. and Amy Schumer made their careers by making fun of themselves. Their self-effacing characters easily break barriers with audiences. By turning their humor on themselves, they convey a light-hearted attitude. They are vulnerable—human—and people find them likable.

In advertising, this type of humility is rare. Brands are afraid to attach themselves to self-deprecating humor because they want to appear better than their competition. If they have humor, it’s at someone else’s expense—someone who does not use the sponsor’s product.

When Miracle Whip defiantly proclaimed that their product was an acquired taste, they had people who didn’t like the condiment star in the commercials. This seems like a preposterous and irrational move. Why would a brand feature people trashing its own product in its commercials? The self-effacing tone made people more receptive to Miracle Whip’s message.

Miracle Whip was honest and human. Not everyone likes it. But those who do, love it.

The Finnish milk company Valio recently released a spot starring the late, great Lemmy Kilmister of the rock band Motorhead. In the 30-second segment, Lemmy simply walks out of a run-down hotel and says, “I don’t drink milk, and I never will. You asshole.”

What a bold move! By embracing the truth that your product isn’t for everyone, people who do enjoy it feel part of your brand and part of your team. Comedians use the same strategy, expressing a pejorative point of view to connect with the audience.

Andy Kaufman was a pioneer of anti-comedy: something that is so unfunny that it’s funny. There is a whole sub-genre of movies, including The Room and Trolls 2, which are so bad they’re good and have garnered a cult following.

Kaufman was known for outrageous gimmicks and a commitment to odd comedy routines. For instance, he would go on stage and eat a bowl of ice cream or read a book out loud. Some found his humor dreadful, but he gained a devoted following with his bizarre antics.

Lagavulin Distillery used Nick Offerman, an actor famous for playing Ron Swanson on the comedy show Parks and Recreation, as a spokesman. He recently starred in a viral video with a unique and completely outlandish concept. The actor sat in a chair and drank a glass of Lagavulin, not for 30 seconds, but for 45 minutes! No dialogue, just a lit fireplace crackling in the background and a continuous shot of a contented man drinking his single malt Scotch.

The power in anti-comedy is that it is so unconventional it becomes a great conversation starter. It is the same reason that John Cage’s silent composition “4’33"" made him an instant star. A person doesn’t have to watch the whole 45-minute Scotch video or watch a man eat ice cream on stage. He just needs to hear about the outrageous routine for the brand to make an impression. People naturally discuss bizarre gimmicks with friends, and the advertisement goes from a business-to-consumer concept to a consumer-to-consumer buzz strategy.

Think Chris Rock. He often works around a whole portion of material and repeats the premise over and over again, inserting new bits in between the initial setup. Rock has the boisterous charisma of a Baptist preacher. Just like a minister, he reiterates the premise of his sermon with authority and consistency. This style is effective in marketing because, just like the chorus of a catchy pop song, it gets stuck in your head.

When you hear “GEICO Insurance,” what pops in your head? Of course, it’s the line “15 minutes could save you 15 percent or more on car insurance.” In nearly every GEICO TV commercial, this line is said. The spots are built around this premise with funny scenes to fill in the gaps. Just by pure exposure and hammering of the slogan, it’s something the viewer cannot get out of their head. GEICO insures more than 22 million vehicles, and I’m sure new customers have heard their 15-percent savings promise dozens, hundreds of times.

There are many similarities between selling a product and selling a joke. The character a comedian plays on stage or the persona a brand portrays both must have one thing: honesty. Commercials may exaggerate the benefits of its product (I don’t think Axe Deodorant will transform me into a Calvin Klein model), but it must come from a point of view a person can believe in.

A comedian can exaggerate a joke for shock value, but good humor is often rooted in truth. If an audience believes your commitment to the ideology, they will want to hear what you have to say.

But for a comedian and a brand, the first thing you need to sell is yourself. And for brands, that means being relevant with your message—humorous or not.