How "One and Done" Is Killing the NBA 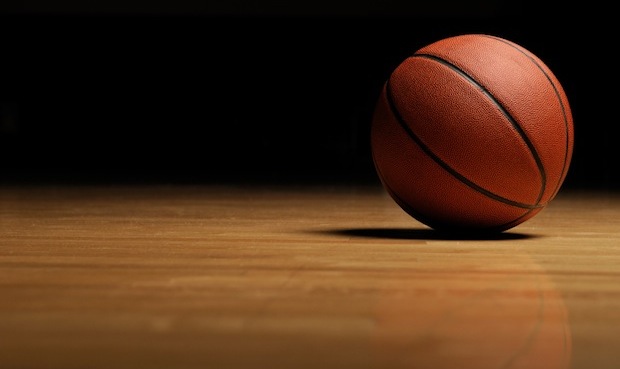 It’s not easy to quantify a gut feeling. But it certainly seems, these days, that NBA basketball is a shell of its former self, both in terms of the product on the court and its mainstream appeal.

By one measure -- Nielsen ratings for the Finals -- the NBA is holding steady. The Finals consistently out-draw the MLB World Series, for one, but that’s hardly a massive compliment. If you really dig into the numbers, you’ll see that basketball’s popularity is still a far cry from its peak in the late 80s to late 90s, when the sport’s greatest legends dazzled the world with ability like we had never seen before.

The NBA looks to be holding steady, sure, but when you stop and reflect on the glory days -- it’s really just treading water. So what happened?

Story is what creates emotional connections with fans, and these connections are what breed loyalty in teams, brands, countries – everything.

But story doesn’t just happen. Brands have to commit to crafting story and prioritizing it over short-term wins and profit.

To see where the NBA went wrong on this front, we can look to the sport that’s doing things right. America’s most popular sport, by far.

The Rise of the Football Star

Football players weren’t always well known like they are today. Not like Ted Williams and Babe Ruth and other early baseball greats.

As a kid playing iron man football at Louisville, Unitas created a legend for himself by completing passes between his legs and playing both sides of the ball so hard that he once had to be cut out of his uniform in the locker room because he was too exhausted to take it off. He carried this myth with him to the NFL as quarterback for the Baltimore Colts, and the modern football star was born.

This was significant because for the first time in American sports history, a non-baseball athlete was a media and cultural icon on par with baseball athletes of the day. After him came greats like Roger Staubach, who had a legendary college career at Navy and went on to be one of the all-time great Cowboys. Joe Montana’s Comeback Kid persona was born in Notre Dame and then cemented on the 49ers.

The Rivalry That Changed It All

The three biggest pro sports leagues in the country are the MLB, NFL and NBA, but as recently as the 1960s and 70s, basketball wasn’t considered a major sport on par with football or baseball. The thing primarily credited with bringing basketball to the fore is the Magic Johnson–Larry Bird rivalry.

They battled in college throughout their senior years, Johnson for Michigan State and Bird for the Indiana Hoosiers. This rivalry continually built momentum and gained national attention, culminating in the 1979 NCAA National Championship Game, to this day the highest-rated college basketball game ever played.

The NBA had seen a severe decline in ratings during the 70s. It was this incredible rivalry, which continued into the pros, that revived the NBA because people were already bought in. Then came Patrick Ewing at Georgetown and Michael Jordan at UNC. People became heavily invested in the stories and rivalries of players like these while they were in school, and the popularity the NBA has enjoyed since is thanks to the dues paid by those men.

But that popularity has waned.

There used to be a visceral attachment to teams. When the Celtics lost, people felt it. Here in Atlanta, an entire city swelled with pride for Dominique Wilkins. No one really bleeds for their team like they used to because there’s not much that’s emotionally compelling about the NBA these days.

People think that the loss of popularity since record ratings in the 90s is due to the absence of Jordan or the prevalence of prima donnas and post-game fashion shows, but I think it’s due at least in part to the fact that the NBA has lost the story.

Anyone in the South will tell you that college football is magic and tradition and story, and college basketball used to have that before lax eligibility rules created a one and done mentality. Now college is more like a trade school for basketball players; the best ones serve the obligatory year after high school and go on to make millions, and the NBA eagerly scoops them up to stack its ranks with more superstars.

But 19-year-olds are rarely ready for the big leagues. For every Kobe Bryant, there are 100 not-Kobe Bryants who don’t see playing time because they are greatly underprepared. College basketball then loses out on the great stories that used to develop between its great players, and now you have NCAA teams with no recognizable players.

The one and dones are building a legacy with no foundation in the NBA. Without legacy and story, professional basketball becomes just a bunch of millionaires bouncing a ball around. There are still endorsements and crowds, but there isn’t the same emotion there once was.

What you get with deprioritized college careers in basketball is surface level entertainment versus story. There’s a detachment between fans and the players. How could you not think of Lebron as an over-privileged egomaniac when he’s been making millions since he was a teenager?

The most important part of a story is the beginning. It’s the roots from which the rest grows. Any marketer trying to get you to buy into his or her story is going to make hooking you from the beginning priority number one.

It’s not that NBA players necessarily have to go to four years of college for people to commit to them, but when they give college a cursory one-year try and don’t even go to classes second semester, it’s bad for everyone involved.

It’s like we always say: story is everything. It’s time to reprioritize college basketball and the beginning of the story. The fever around March Madness proves that people are hungry for it.

Magic Johnson was a sophmore when he and Larry had their epic finals game. That story was great because of their unique skill set and the fact that Indiana State proved that one player could take a small major college and carry them on his back. The same way Steph Curry did for Davidson.