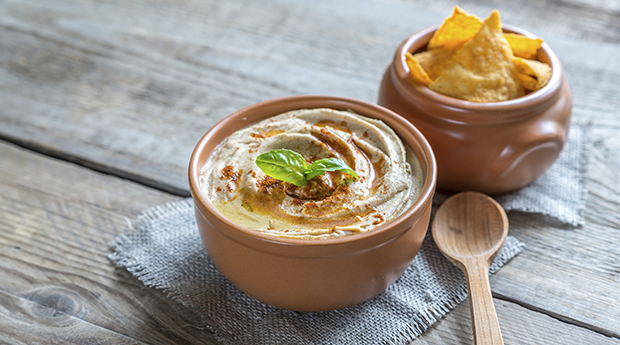 Things have a history of making their way to America.

And it’s not much of a surprise since, well, most of what we know today as “American” came from somewhere else. For hundreds of years immigrants have braved oceans and seas to reach the Americas, bringing along bits and pieces of their own cultures.

Today we live in a nation of immigrants, and it shows.

But in recent years, a certain phenomenon has started taking the United States by storm. No, it’s not fútbol, and thankfully it’s not K-pop.

No, it’s a pasty, deceptively tasty spread with a history worth sharing.

It’s the best friend we never expected. It’s our saving grace from the tyranny of fatty dipping options. It’s the spread we needed but didn’t deserve. America is falling fast for hummus, and we’re here to tell you how it all began.

Despite its popularity around the world, hummus’s origin story is rather difficult to pin down. Although we have a general idea of when the major ingredients became a part of Middle Eastern cuisine, the truth is there isn’t any reliable proof of the dish until the 13th century. Even then, that recipe doesn’t resemble anything close to what we know and love today. “Hummus bi tahini,” what we simply refer to as “hummus,” didn’t make its recorded debut until the 18th century in Damascus.

Still, we do know that the Middle East has cultivated chickpeas for 7,500 years. And given the prevalence of hummus throughout Middle Eastern culture, it’s safe to say the dish has been a staple for quite some time.

So, how exactly did it win over American hearts? And how did it make its way across continents and oceans only to recently become a fan favorite of the dipping class? It turns out it was a mix of “right place, right time” and a dose of savvy marketing know-how.

The birth of an icon

About 60 years ago, hummus was little more than an unknown in the United States. Those who did know about it either hated it or loved it for its role as a fan favorite of the counterculture movement. Needless to say, it would take a few more decades for hummus to see any meaningful acceptance.

In many ways, 1986 marked the beginning of hummus as we know it today. It all started with a man by the name of Zohar Norman and a desire to start a hummus industry within the United States. Backed by a handful of partners and prior success with an Israeli brand of packaged salads and spreads, Zohar’s endeavors sparked the humble beginnings of today’s largest producer of hummus. We’re talking about our red-lidded favorite: Sabra.

However, things didn’t stay humble for too long. The next three decades would see more power shifts and breakups than the first season of Game of Thrones, effectively bringing Sabra from a single-city operation to a product line that would catch the eyes of companies and retailers across the world.

Despite what you may think, this chaotic history is easily one of the driving forces behind Sabra’s success. The changing of hands gave Sabra the unique opportunity to gain insight from an incredibly diverse group of people. From the early, culturally grounded days of Zohar Norman to the expansive moments when the Strauss Group took the controlling share in Sabra, the brand has seen a surprising amount of strategic growth.

For instance, by the early 2000s Norman and his partner, Rabbi Yehuda Pearl, were seeing annual sales of $7 million. And this was while focusing solely on Israelis living in the U.S. who had a hankering for the hummus of their home country.

When Pearl ultimately bought out Norman and gained full control over Sabra, he made the decision to expand the brand beyond the traditional Jewish and Israeli markets. As a part of this effort, he approached Strauss to gain the assistance and capability he’d need to make that a reality.

And then Strauss bought a controlling share in Sabra, giving the brand an entirely new potential to reach untapped U.S. markets. Add to that the fact Strauss was already talking with PepsiCo about promoting hummus in another campaign, and you have an opportunity that would change the American dip market forever. 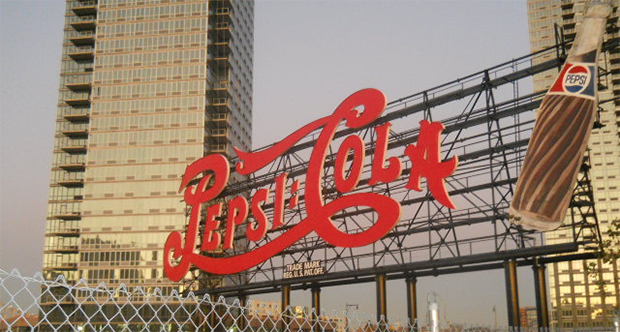 Today, Pepsi and Strauss are the driving players behind Sabra’s success. But that wouldn’t be the case if it weren’t for people who decided to take a few risks and follow their intuition throughout the process. A few failed friendships pale in comparison to the amount of ground Sabra has covered in the last 10 years.

Here’s the thing: hummus wasn’t the usual success story for PepsiCo. Sure, they’ve handled their fair share of product lines in the past and have done so quite well. But Sabra? This was a different ballgame.

It wasn’t just a matter of slapping the PepsiCo name onto Sabra labels. While that undoubtedly helped gain retailer interest, the reality was that Americans had never heard of hummus. And it’s hard to have an interest in something you don’t even know exists.

So Pepsi did what Pepsi does best. It made sure everyone knew what the hype around hummus was about. And rather than wait around for the public to magically develop and interest, Pepsi literally brought the product to them. The company sent trucks to 11 American cities, delivering 2 millions samples between 2008 and 2010. Another 12 million samples reached 28 more cities once Sabra’s Virginia plant went online two years later.

That was just the beginning. Today, 26 percent of U.S. households buy the chickpea dip regularly. Although that’s a huge number comparatively speaking, roughly 80 million people still don’t have the slightest clue what “hummus” is.

Teaching America how to hummus

Teaching people that hummus exists is the first step in the Sabra saga. Next, it’s a matter of helping the American people learn how to use hummus and why. From what Sabra has seen so far, though, that in itself has been an interesting process. It turns out Americans don’t intend on using hummus in the traditional sense any time soon.

And this is where the real magic is happening. As the frontrunner in the hummus market, Sabra has already taken up the responsibility of teaching the public about hummus, but it’s leaving the liberty of how to use it up to the people. With more than 25 varieties and a whole swath of popular uses, Sabra has all but created a new hummus-enthusiast culture in America.

Essentially, Sabra put the future of hummus in our own hands, and as Americans, we quite like that. There's no telling where hummus is headed, but if history is any indication, one thing is for certain: we’ll find a way to make it our own.

It’s looking like our beloved Americanized hummus is here to stay.