How a Bowl of Mush Became a Thanksgiving Staple 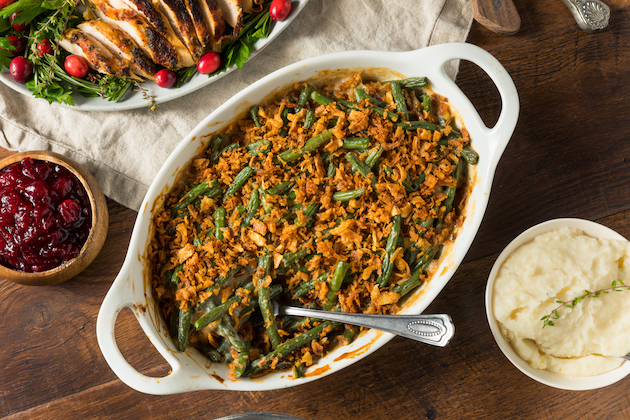 Every year on the fourth Thursday of November, while I sit in disgust as a large steaming bowl of green and cream-colored gunk with crunchy bits is placed on the table in front of me, I ask myself, “Who actually likes this smelly, chunky, not-quite-soup mixture?”

I know, I know, I’m being a little harsh. Have casseroles done something to offend me? The answer is no, not really. (I will say, one year I was tasked with making a sweet potato casserole, and I, not good with numbers, put in four cups of salt instead of ¼. But really, whose fault is that other than my middle school math teacher?)

Aside from my obvious distaste for anything mixed and gooey, the question remains: How has casserole become a Thanksgiving asset? How did Campbell’s win a canned-goods monopoly over the minds of Americans? Let’s grab our spoons (or do you eat them with a fork?) and dive in.

It Begins With the French

You’re telling me that the birthplace of sweet macarons also gave us broccoli casserole? And they’ve yet to have a strike about it?

Besides my obvious bias, apparently a lot of people like casseroles. The American tradition is said to have begun in 1866 in New Hampshire by French Canadian Elmire Jolicoeur. However, this was then disputed by a New Hampshire radio show. Turns out, there’s really no actual date we can pinpoint as the invention of America’s favorite side dish. But the word “Casserole” is French for “pan,” “pot” or “saucepan.” Alas, just another way Americans have butchered the French language.

Proof That Anything Inexpensive and Easy Will Always Be a Success

Today, if we see one “life hack” that saves us a dollar, we’re sold. Now, let’s go back 100 years, circa post-war Great Depression, when food and money were scarce. Back then, casseroles were an easy, cheap way to avoid being hungry. They could be actual lifesavers, especially when wartime rationing was in effect across the United States. You just throw what you have into a pot, add some carbs if you can, and it lasts for days (or years in the freezer my grandma would argue). They even have Great Depression Casserole recipes — which, yes, a slightly unsettling reason to celebrate, but to each his own.

Casseroles only became side dishes of pleasure after an employee from Campbell’s invented one specific recipe in the 1950s, which then kicked off the Thanksgiving Casserole phenomenon.

Campbell’s Monopoly: The Beginning of the End for Off-Brand Canned Goods

The iconic red and white cans of Campbell’s can be found in almost every grocery store, and we all know that their classic chicken noodle soup is better than any of their competitors. Who are their competitors, you may ask? You’d be surprised: their largest competitors aren’t necessarily known for their soups.

And how can you compete with a company who literally invented the iconic recipes we all know (and some of us love) today? These recipes are even in the National Inventors Hall of Fame! Yeah, the green gunk I was talking about? It’s now sitting next to Edison’s lightbulb. Created by Dorcas Reilly, the green bean casserole recipe came to life in the Campbell’s Test Kitchen. The recipe was then put on the backs of the cans and voila! Combined with the post-war economy and the rise of the Pyrex dish, it was an instant hit.

Now, over 20 million Americans will consume this dish on Thanksgiving day, with 40% of the total cream of mushroom sales going towards that single recipe. And while some could argue that brands like Amy’s that neighbor Campbell’s in the soup aisle could stand a chance, let’s be honest, is there any real competition here?

When first developed, recipes were listed on the backs of Campbell’s soup cans. When word spread of how easy to make, easy to freeze and how cost-efficient these dishes were, they became dinnertime staples. Then, Andy Warhol did the unthinkable and made the mundane a must-have. Though they weren’t a hit for the Campbell’s brand at first, once executives saw the success of the modern art, they formed a partnership with Warhol. There were ads and commercials persuading consumers to send in their soup can labels to have a custom-made dress designed by Warhol himself. It was a hit. Talk about a mutually beneficial partnership.

Today, the iconic soup cans are printed and copied almost everywhere. Warhol’s creative approach to consumerism’s relationship with the modern American family catapulted the Campbell’s brand to an even higher level of global recognition. Which is ironic, considering the Thanksgiving holiday itself is now more known for shopping deals than family time. I wonder what Warhol would think. 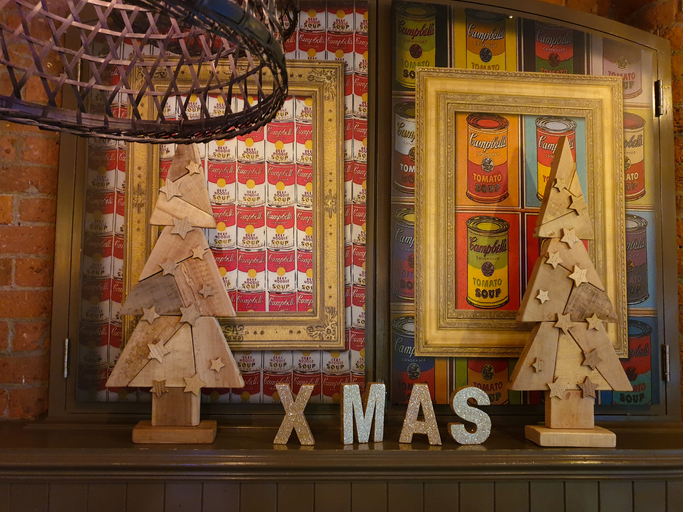 The Campbell’s and Hallmark Spinoff That No One Asked For

By the 1980s and 90s, Campbell’s was a household name. Its cans could be found in almost any American pantry, and there were even commercials specifically advertising the soups required for casseroles.

Now, in the age of social media, there’s not only a spread of recipes via Facebook, Instagram and TikTok reels, but also a “Marry Me Casserole” trend. Yep, the decades-old belief that women must be good at cooking is *still* not dead. The idea is that if you make the perfect dish, a man and his family will fall head over heels for you. With over 12.9 million views, one girl’s recipe even got a comment from the official Campbell’s account. And this season, Campbell’s yearly green bean casserole commercial follows the same narrative: impress a man’s mom with a six-step dish. They actually partnered with Hallmark for this one.

Is Social Media the Only Successful Form of Marketing?

I personally believe that whether or not you like casserole is decided at a young age, and that decision does not waver, no matter how many TikTok trends you watch. But for many, TikTok and other social media trends have more influence than commercials on TV, and if TikTok can make you eat a Tide pod, then it can get you to buy some cream of mushroom soup.

As for the generations not on social media, maybe the commercials resonate with them, taking them back to the years when their parents made them their favorite Thanksgiving side dish with a can of Campbell’s. One thing is for sure: the goal is to evoke the feelings of home, family, coziness and overall “the good ole days.” Not only is that important for people over the age of 50, but it also creates a nostalgia reminiscent of Millennials' and Gen Z’s Y2k obsession. They want the Pyrex dish.

What do you think? Are you a die-hard casserole lover and hate when it doesn’t make an appearance at a family function? Or do you, like me, fill your Thanksgiving plate with Hawaiian rolls and honey ham only? I guess we’ll find out this Thursday.