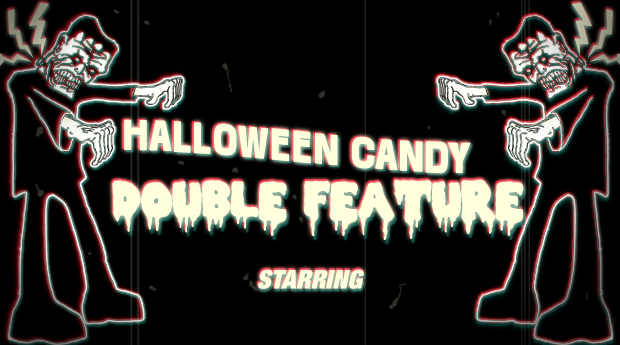 Every Halloween, there is a celebration of all things that go “yum!” in the night, as we delight in our favorite candies. The average household spends $44 a year on candy for trick-or-treaters, with over 2 billion total spent on the holiday. There are a number of year round favorites that children (and many adults) look forward to indulging in, such as M&M’s, Kit Kats, Reese’s Cups and Hershey bars to name a few. But then, there are those candies that have been long forgotten that find new life come October 31.

Along with ghosts and mummies and vampires, a few candy brands are resurrected every year. Appearing suddenly from dusty convenience store shelves and drafty warehouses, these candies can be found in the bags, pillowcases and plastic pumpkins of school children. Whether trick or treat, here are a few of the brands that we notice always seem to appear out of nowhere every Halloween.

Krackel has the distinction of being the last candy bar developed by Milton S. Hershey himself. A chocolate bar with crispy rice pieces, it became a big hit with consumers back in 1932. Often compared to Nestle Crunch, many consumers prefer Krackel for a variety of reasons. In recent years, the candy has fallen out of popularity and can only be found in a bag of Hershey’s Miniatures.

Lifesavers used to be a favorite candy not only on Halloween, but year round. In recent years, however, the brand has adopted a new strategy, focusing more on mint flavored candies such as Wint-O-Green and brand extensions rather than the traditional roll of five fruity flavors established in 1935. Though Wint-O-Green does have the awesome ability of sparking if you eat it in the dark, it’s just not the same.

Developed back in 1893 by the Quaker City Confectionary Company of Philadelphia, Good N’ Plenty is the oldest branded candy in the United States. It has become a favorite of many moviegoers, but is often not seen outside of theaters in its oversized packaging. However, the candy may be making a comeback as an aphrodisiac. In the late 90’s, Alan Hirsch, MD, of the Smell and Taste Treatment Research Foundation of Chicago discovered that Good N’ Plenty mixed with cucumber is the scent that women find most alluring.

Milk Duds are aptly named for being made of milk chocolate and, well, being duds. When the candy’s creator, S. le Noble, tried to make perfectly round pieces of chocolate covered caramels, they all came out deformed. Kind of like Gru making minions in the movie Despicable Me.

Sugar Daddy, the chocolate covered caramel sucker, was created back in 1925. However, it was originally called the Papa Sucker and changed its name once the term, “Sugar Daddy” became a popular expression. Legend has it the term “sugar daddy” originated when Adolph Spreckels, heir to the Spreckles sugar fortune, married a woman 24 years his younger. The woman, who was apparently quite the looker, coined it as a term of endearment. Along with Sugar Daddies, the brand soon included Sugar Mamas as well as Sugar Babies.

DOTS holds the distinction of being “America’s #1 Selling Gum Drop Brand since 1945”. These candies are gluten-free, nut-free and even kosher. In fact, they were certified kosher by the Orthodox Union.

The classic Tootsie Roll was created in a tiny candy shop in 1896, and is the first penny candy to be individually wrapped. Leo Hirschfield created the candy as an economically artificial alternative to traditional chocolates that wouldn’t melt. This invention led to the creation of the Tootsie Roll empire, and when you start creating empires, you create brand extensions and in 1970, came the Tootsie Fruit Rolls. A fun fact about Tootsie rolls: the original recipe calls for the previous day's batch to be incorporated into the next day’s batch. That means, theoretically, every piece of Tootsie Roll contains a little bit of the original batch from 1896.

Mallo Cups were created by the Boyer Brothers, Bob & Bill, who made candy in their mother’s kitchen and sold it door to door to supplement the family income during the Great Depression, creating the very first cup candy. The company still operates a rebate program that can be redeemed for prizes of $1 for every 100 Mallo Cup packs purchased.

Known more for their zebra stripes and big red star on their package, in honor of the Great State of Texas, Atkinson’s Peanut Butter Bars are one of those candies you would see on Halloween, but never know what brand it was.

Most people aren’t familiar with the Mary Jane candy, but they are familiar with the un-descriptive black and orange wax wrappers. Originally made in 1914 by The Charles N. Miller Co., Mary Jane is a peanut butter and molasses flavored taffy candy with a peanut butter center that comes in a yellow wrapper. The black and orange version candies are a brand extension called Mary Jane Kisses, which are softer and have more peanut butter flavor. The same recipe has been used to make these candies pretty much since they were created.

Love it or hate it, you can’t have Halloween without candy corn. Though it is far outpaced by chocolate, candy corn comes in as the number 2 favorite candy on Halloween. Over 35 million pounds of the stuff is produced every year, and it is the most searched candy term in Google. More than just a trick or treat, candy corn has become a cultural icon, inspiring not only candy corn arts and crafts, but an Oreo Cookie flavor, as well. Oh, and the day before Halloween is National Candy Corn Day.

But what is candy corn exactly? Well, it’s a mixture of sugar, fondant, corn syrup, vanilla and marshmallow cream that is colored and molded. Candy corn is actually one of the healthier candy options, with ONLY 28 grams of sugar and 140 calories per handful and is fat free. It was originally created by George Renninger, a candy maker at the Wunderlee Candy Company. Today, candy corn is pretty generic and made by a number of companies. However, the brands that lead the way for this iconic treat are by far Brachs and Jelly Belly. Some people actually swear by Brachs and view any other brand as inferior.

However, most people call the candy inferior, period. Somewhat like Miracle Whip, the amount of hate thrown at candy corn only empowers the multi-colored treat and those who love it.

Times change. Tastes change. Brands must do the same.

As you probably noticed, most of the brands on this list are definitely products of their time, from the recipes to the packaging to the old school marketing. Their marketing efforts are bare minimum and rely more on old gimmicks, cheap price and aging brand advocacy. More than a trip down memory lane, this post is a cautionary tale of what lies for brands on the other end of a brand’s life cycle.

As mentioned, Lifesavers, though not quite the product I remember from childhood, did more than create product extensions, but evolved their product to appeal to a larger audience and introduced new and different flavors. Coca-Cola, a product late in its brand life cycle is still thriving not only off brand advocacy, but also by continuing to evolve their brand to fit the needs and lifestyle of consumers.

Now don’t get us wrong, we don’t hate these brands. In fact, while writing this post, our office got into a slightly heated debate about our favorite candies. We say these things to these brands with the hope that they will continue thrive and find new audiences, not just on October 31, but every day of the year. To rise up from the penny candy bins and thrive as a valued brand. Who knows? They could be the next candy corn.