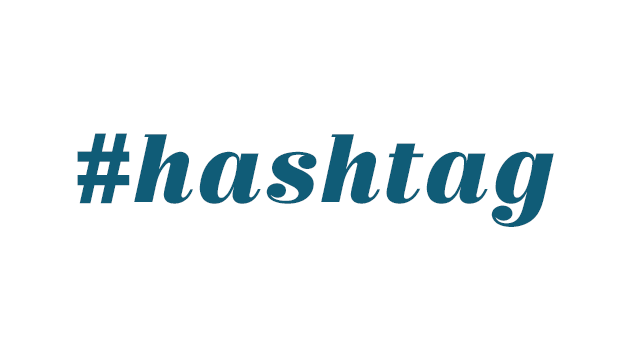 Here’s an example: I love to read great articles about screenwriting and about the film industry in general. That said, I will never in a million years click on #screenwriting or #writing to see if I can manage to stumble upon some great content. If you're into paid media, are you really ever going to click #PPC? Public relations enthusiasts, what do you really stand to gain by clicking on #PR? Has anyone in the history of the world ever been glad that they clicked on #marketing? Honestly.

I like hashtags. I really do. But the people on both ends of the hashtag game need to get on the same page, because they’re using them differently, and, as long as that continues to be the case, no one wins.

In my experience, if you're going to include a hashtag in one of your Tweets, you need to incorporate at least one of the following elements (preferably more). If not, you’re just wasting characters.

Here’s a good example of when I would be willing to click a hashtag and view the stream: I’m a huge Baltimore Ravens fan, and I can remember grabbing my phone many times, scrolling through Tweets, and clicking on things like #Ravens or #Flacco during big games this season to see what the buzz around my team was. I remember clicking on things like #OsamaBinLaden during the lead up to President Obama’s press conference a few years ago announcing Bin Laden’s death because I was ravenous for news and updates.

Bottom Line: Avoid hashtags with no expiration date. Use tags referencing Twitter chats, live events, conferences, breaking news, TV shows as they’re occurring etc. Sometimes, a broad hashtag can become relevant unexpectedly. #Google may not be all that interesting right now, but that could change if the company were to announce some kind of exciting development.

If your topic has no urgency, the least you can do is be specific about it. The reason I would never click #writing is because I have no idea what I’m going to get if I do that. A bunch of people’s random thoughts on writing? Maybe some advice articles, maybe some news about a famous author? Who knows? I would never click #humor, but I might just click #YoMommaJokes if I'm in the mood for a laugh. Chances are I'll never click #socialmedia, but there's a chance I'd take a look at the more specific #TwitterNews for announcements and updates.

Bottom Line: Take a look at the streams for #Writing vs #WritingTips. There’s considerably less volume under #WritingTips, but it’s a lot more focused and relevant, while #Writing is all over the map. A modifier at the end of a broader hashtag can go a long way. Trust me, you’re better off being the big fish in a small pond.

Herein lies the great conundrum of Twitter hashtags. If a discussion is worth joining, it moves quickly, which makes it tough for Tweeters to stand out. If it's moving slowly, it’s probably not worth joining in the first place. The truth is, if you want to jump on a highly active hashtag, you’re going to need to use it more than once. One Tweet will probably get buried in the stream in a matter of minutes before anyone has had a chance to see it. If you absolutely must use a broad tag like #analytics or #socialmedia, become a regular contributor to that stream. Chiming in once and hoping for some extra follows is like playing the lottery. Making yourself visible over a period of time can establish you as an authority and make your history more relevant to users who do decide to click through to your profile.

Bottom Line: Pony up for more than one raffle ticket. If you want to be the top dog of a big time hashtag, you’ll either need to already have a huge following, or you’ll need to keep pinging it until your Tweets get noticed. If you can only think of one thing to say about a topic, your content probably isn’t worth reading anyway.

This one should go without saying, but I’ll say it anyway. 99 times out of 100, if I click a hashtag, I’m looking for Tweets from real influencers. Popular bloggers, analysts, reporters, pundits etc. For that reason, I prefer to browse the Top Tweets rather than All, if I have the choice. So the lesson is: if your Tweet has nothing to add and isn’t going to get retweeted or get lots of replies (in other words, it has no chance of climbing the stream), you might be wasting your digital breath with a hashtag.

Bottom Line: Tweeting something like “WOW! #SuperBowl #Beyonce #Ravens #49ers” isn’t going to land you on the Top Tweets list for any of those tags and is unlikely to get you much of anything in the way of new audience. Use hashtags for the benefit of your current followers if you want; just don’t fool yourself into expecting a bunch of new ones because you “joined the discussion."

At the end of the day, you’re free to write your Tweets however you want. Using a relevant hashtag can't hurt your Tweet from a visibility standpoint, but it can hurt your followers’ eyes if it comes at the expense of readability. There’s nothing worse than watching a good Tweet drown in hashtags or a funny one fall flat because it’s backloaded with things the writer thinks will get it more views. The best thing you can do sometimes is not use a hashtag at all. It’s okay. It’s allowed.

Content marketers should treat social like a real channel, not an afterthought. We should put the same thought into hashtags as we do into our SEO and PPC keyword research. It's not enough to just throw #tech at the end of your Tweet about the latest Apple technology, as if it's going to magically draw in thousands of relevant readers. We need to consider user intent.

It really boils down to a single question that you can ask yourself before you publish your next Tweet: would you click your own hashtag? Honestly? If you answer that question, you’ll know what to do.

Thanks, Chris. Yeah I think that's the problem, that no thought goes into hashtags a lot of the time. It's always #tech #marketing #seo #coolstuff. And it seems to make sense at the time, but when you really think about it, tags like that are useless.

Agreed. Great points here. I think many people don't think through how to use hashtags effectively, but rather do it in the spur of the moment, spontaneously, rather than thoughtfully.