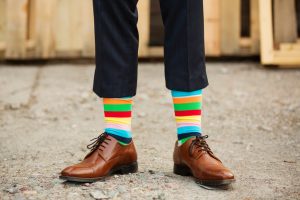 With Father’s Day coming this weekend, it got us thinking about what’s really important and meaningful about the holiday, aka the presents.

In talking around the office, everyone had their own thoughts about which presents were better/worse. But because we are smart marketers, we decided it didn’t really matter what we thought, as much as what real people thought.

So without further ado, we give you the qualitative and quantitative results of the mostly scientific, but not quite Pew Rated, Nebo Father’s Day/Mother’s Day Survey.

The Ads Seem To Get It Wrong

These two holidays are big business. Annually, “we” spend $15.5 billion on our dads for Father’s Day stuff and a whopping $23.6 billion on our moms for Mother’s Day. But with that, based on all the things we see advertised as perfect to get for mom or dad, the industry expectations sure don’t seem to match what they’d actually like to get.

When we asked dads which of the three “most popular” Father’s Day gifts they’d prefer—clothing (ties, socks, other), home improvement stuff, or electronics—a resounding 58% said “none of the above.”

When we asked the same of moms, but with flowers, jewelry, or clothing/accessories, roughly the same thing happened with 52% saying “none of the above.”

This seems to fall in line with the recipients reactions. When we asked “What did you get last year?” the most consistent response was: “I don’t remember.”

Best of the Best

When it comes to the “best,” sentiment — not so surprisingly — won out. And it had nothing to do with money spent. It was all about personal attention and love.

The Worst of the Worst

When we asked moms and dads what the “worst” Father’s/Mother’s Day gifts were, these stood out:

But the truly terrible was the consistent — and heartbreaking — refrain of “Nothing, they forgot.”

What Our Dads and Moms Really Want

Our final question in the poll was this: “If you could have anything you wanted for Father’s/Mother’s Day, what would it be?”

The answers (unsurprisingly) fell into four camps of varying sizes:

The smallest group was a tad materialistic and wanted things like “diamond earrings,” “concert tickets” and “I’ll take a million dollars, please.”

The next bigger group — we’ll call them The Sentimentals — wanted anything that clearly had some love and thought behind it. The more handmade the better.

The next group was all about quality time spent. They just wanted to do things together as a family. Or as one person said, “experiences > things.”

But in direct contrast to that, the last and biggest group — by far — wanted one simple thing: alone time.

A Positive Story At The End

This Sunday will be my 12th Father’s Day as a dad.

Over the years, really only a couple of things my three kids have ever “given me” actually stand out. The most memorable is the adorably awful tie that has all of their names spread across it. Not sure where exactly it falls into the best/worst category, but it was damn memorable.

Looking at the bigger issue, I can truly say that I fall into the “quality time spent” camp. But as anyone who has ever seen my Facebook feed knows, that applies to every day of my life with my kids.

See, for me, Father’s Day isn’t about celebrating their love and appreciation FOR me. It’s a reminder TO me about just how lucky I am for my father’s love and how much richer my life has been been because of my three amazing kids.

My favorite quote about fatherhood comes from a StoryCorps interview with Dr. Lynn Weaver from 2007. He ends it with this thought:  “I live my life trying to be half the man my father was. And I would be a success if my children loved me half as much as I love my father.”

So with that, I wish all the fathers out there a very happy Father’s Day. Enjoy the socks.