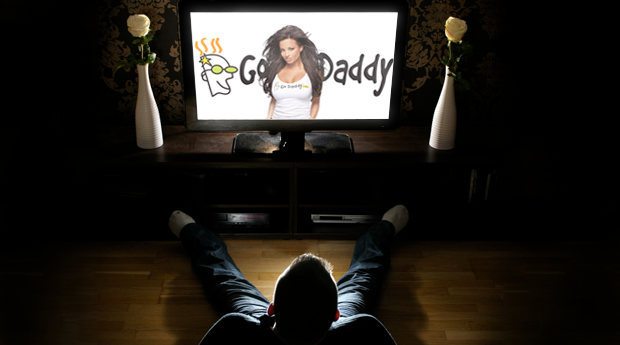 The popular domain registrar practices trash marketing year round, however, its Super Bowl commercials never fail to sink to a new low. Go Daddy feeds off of the lowest common denominator with vile, sexist, exploitive ads that are demeaning to women. And, just to sell web hosting? I'm still scratching my head at the video below. What's the connection between sex appeal and web hosting?

Maybe I’m crazy, but I don’t find web hosting sexy. Domains aren’t hot and steamy. SSLs don’t represent status or help create social experiences. The reason beer and auto ads can incorporate sex appeal is because there are social aspects to their products. Go Daddy's ads can’t even be considered parodies of sex the way Hardees’s / Carl Jr.’s commercials have been in the past. And it's not just a pretty woman in an ad, but women parading around in a blatantly sexual, almost pornographic manner. It's sex for the sake of sex. It's vile, demeaning, and often times, more than a little creepy. 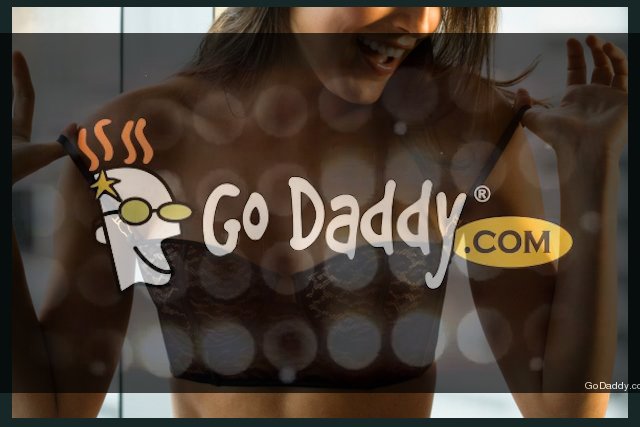 Brands have attributes. Brands have identities. Good brand messaging merges product truths with a brand personality. When done correctly, it helps make an organization’s position clear and powerful. None of these things can be said about Go Daddy's brand, yet the company has managed to not only survive, but thrive --- by being sleazy. Of course, this should come as no surprise when you take a look at the Founder and Executive Chairman of Go Daddy, Bob Parsons. Described in an interview with Inc., as spending “most of his days traipsing around in motorcycle gear, shopping for rifles online and brazenly stirring up controversy”, it doesn’t come as too much of a surprise that he’d use exploiting women as his go-to marketing strategy. That, along with killing defenseless elephants in Africa and taking pictures of it. 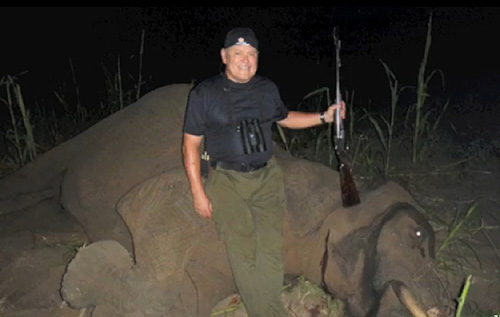 But Bob isn’t the only one who deserves blame. Go Daddy is now owned by KKR, Silver Lake and Technology Crossover Ventures. With that purchase came the hope that Go Daddy’s advertising would change. After hiring Deutsch as their ad agency, the company promised their messaging would evolve and that they would ditch the provocative schtick. Their ads "evolved", all right.

During the Olympics, Go Daddy's ads went beyond just offending women and began stereotyping and degrading people in the tech world as nerds whose Internet history you’d be disgusted to see. Maybe this isn’t an audience truth, but an insight into Bob himself?

Despite how offensive their ads continue to be, Go Daddy remains the #1 domain host. However, people don’t live forever, and neither do brands. Go Daddy’s misunderstanding of brand messaging and audience insights leaves the door wide open for a competitor to challenge them. In fact, competition may be the only way to stop Go Daddy’s advertising.

In the meantime, we all need to take some responsibility for the success of such a despicable company. The fact is, Go Daddy is the biggest name in domain hosting and offers some of the lowest prices out there, which makes them the first stop for most domain shoppers. Full disclosure: Nebo owns plenty of Go Daddy domains, ourselves. We've owned many of them for years without giving our decision a second thought because, frankly, changing domain registrars is an enormous hassle and because it was never really a top of mind decision. But everyone has a breaking point, and using Go Daddy is something we just can't stomach anymore. We owe it to ourselves (we all do), not to settle for the status quo.

Things like respect, integrity and decency should never be sacrificed for the sake of short-term financial gains or convenience. The time has come, for all of us, to demand more from the brands that we patronize.

Agreed. I know I and my coworkers refuse to support, use or recommend them due to their seeming lack of an ethical or moral compass.

Emily & the Digital Dives Podcast - Thanks for sharing! We didn’t think anyone was as bad as Go Daddy, but Crazy Domain might actually be worse.

The GoDaddy commercial is not much worse than the Mercedes commercial. The only difference is that a domain name is under $10.00, much easier to buy than a Mercedes.

Sex has been for sale since the beginning of time. Men buy, and will continue to buy into it, and what's worse, is when they have realized what they did, they are the first to point a finger and call the woman a whore, or a slut; (like the woman athlete recently ostracised for having been an escort)~ When men can use a woman, then toss her aside, call her a whore, or point a finger at her, then they are no better than the Islamic Sharia MFKers who stone a woman after having raped her, and victimized her. Men need to accept responsibility for the selling and buying of women in our society, either through supporting strippers, prostitution, porn, or soft-porn advertising , and more.

And you know, women are just as bad. Jealousy drives them into pointing fingers and making each other miserable.

But killing an elephant!!! That just makes me sick.

I am so glad you wrote this. I resent this company, and the way they do business. They are actually thieves and prey upon domain owners. Recently, I was scammed by them. While they are ripping innocent people off, like myself. Someone who just wants to have a hobby in web-development, they make enough money off of "web-domain" protection???Excuse me while I choke on the very terrorist words that I speak, they are using the most vile approaches, reducing women down to nothing more than physical/sexual beings incapable of truly developing a web-site, or programming, or maybe software development? Please, ladies, those of you who are selling your bodies for profit, there is a name for that, oh and gentlemen, those of you who sell women's bodies for financial gain, there is a name for that too, and it is not web-development, or domain propagation, it likens to ladies of ill-repute, prostitute, and pimp! But, then again, anyone capable of subjecting themselves to objectification, doesn't care, now do they, "just show me the money...John!"

Well to be fair, how would expect them to advertise their service on television in a way that would not make people's minds go into "oh another commercial" mode. Seriously, when commercials are on i ignore them. However, display a hot lady dressed in less clothing than you would expect and instantly you have people's attention. I'm not saying its a good thing or bad thing. I'm just saying they are doing pretty much the same thing as banks do just in a different way...offer something people want and they will go for it. Banks offer points and cash back and people like that. Go Daddy offers women dressed in very little clothing and people (uh men...and maybe some women) like that. Welcome to advertising people. PS half the advertisements on TV have nothing to do with the products they sell so this complaint is just water under a bridge.

First, Go Daddy's ads inspired the blog. In the blog you referenced their name sixteen times including their web address. You also inserted two of their commercials. And then you allowed they are the best bargain in web hosting. They may be low life scum to you; but as marketers they are frikk'n brilliant.

I could not AGREE more. Most of us use their "so called service" because we have always used it. That is no longer an excuse to "excuse" the crap they call advertising and branding. Excellent article- Thank you. - Leah Humphries CEO 5StarBranding Erie, PA