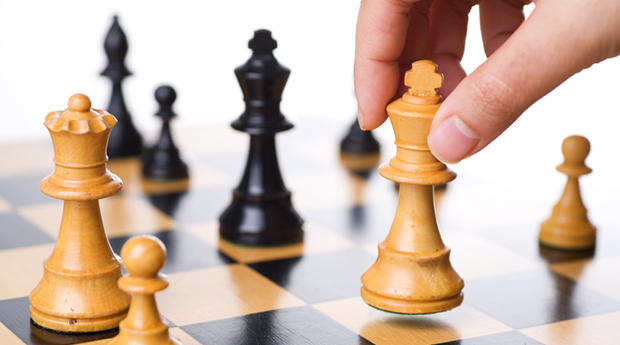 Proactive decision-makers are in it for the long haul.  They understand that every decision will have positive and negative consequences but that each of these decisions should bring us closer to our overall goals.  In short, they understand game theory.In the context of our discussion, game theory can be simplified to analyzing the probability of a particular outcome over an infinite number of trials to identify the solution that will deliver the greatest overall benefit (a concept referred to as “expected value”). As SEOs, this is a very important concept to understand as our decisions are based largely on inference, deduction, and reverse-engineering. Our strategies, white hat as they may be, are never guaranteed and rarely can we say with complete certainty that a strategy or tactic is without risk.  However, by employing the practice of proactive decision-making with an understanding of game theory, we position ourselves to achieve greatness regardless of the opponent or the landscape.

Whether you consider yourself black hat or white hat, B2B or eCommerce, Fortune 50 or 1-man show, we’re all, admittedly, a little reactionary to our friends over at Google. Any one of the hundreds of algorithm updates Google makes each year can render a strategy obsolete or, in extreme cases, incur penalty.

For those in our industry using black hat tactics, every algorithm update leaves you clutching your chest and praying you squeak by.  You may have found the loophole and traffic is up, but your strategies nevertheless carry a negative expected value: sooner or later you’ll stop “getting away with it” and everything you built may come crashing down.  Now your house of cards has devolved into a game of 52 pick up, scrambling to find out what happened, deal with penalties, angry clients, and dropping profits. And all Google had to do was shake the table.

These strategies will always exist and black hat SEOs will always find some new way to game the system.  And you know the most frustrating part?  It works.  And it will continue to work, for a time.  But with every passing day the likelihood of continued success dwindles until your strategy built entirely on reactionary decision-making and short-sighted tactics comes crashing down.  Game over.

Now, let’s look across the table at our white hat friends, those that have embraced the concept of game theory and see SEO as more than just “optimization”. It’s an investment.  It’s about authentic engagement with your audience.  Your SEO strategy defines your brand, and vice-versa.

The proactive SEO strives for a positive expected value; he or she understands that search engines are trying to emulate the human experience, to provide a quantitative analysis of qualitative data.  The proactive SEO serves the audience, not the search engine.  We have preserved our business whether Google makes no algorithm updates or if Google decides to close its doors entirely.  Our strategies are based on forward thinking, creating a solid foundation that won’t be unraveled by a simple algorithmic change.

Now, the hard truth about the SEO industry is that you’re still playing a game of chance. Game theory encourages us to minimize risk and see the forest for more than just the trees. The proactive SEO, therefore, must be agile and embrace an iterative process of marketing derived from research and trial and error. Remember, we’re not in this game for marginal, short-term growth.  We’re in it for that positive expected value over an infinite number of trials.

Where the Dominoes Fall

A gold medal athlete, 5 star chef, 4 star general or master SEO strategist all have one thing in common: they don’t base their decisions on the behaviors of others. They base them on deductive reasoning, iterative processes, research, and maybe even a bit of gut feeling. They appreciate the competitive landscape but understand that the truest path to success is through self-improvement. They recognize that gaming the system may provide instant gratification and results, but the risks far outweigh the short-term gains. What wins the race is a long-term strategy with some big picture thinking. You may sacrifice a pawn, a rook or a knight here and there, but in the grand scheme of things you understand the end goal and have a vision to get there.