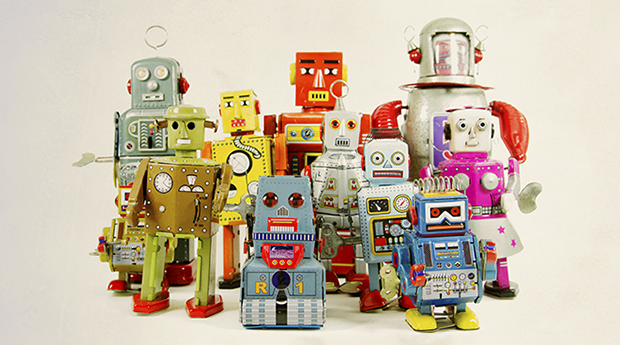 My brother eventually confessed. And while most April fools jokes have died down (like Selfie Shoes and taco flavored vodka), his continues to live on. It can’t be undone.

One Google search, seven dollars and 10,000 new Twitter followers later, he had a laugh and I had a problem. Years of shaping my Twitter presence were gone. Now, everyone would think I bought followers to shortcut the system.

The Value of Big Numbers

The Twitter world kept on spinning. No one commented on my massive following. Instead, a couple of “real” users follow me each day. They see my 10.6K followers and think, “This person must be a big deal.”

And in today’s digital world, everyone is impressed by big numbers.

In the past, kings collected armies and lands to make themselves appear important. Their power came from their acquisitions. Today, we collect “likes”. We achieve influence through followers. And we unconsciously judge the importance of other accounts by their numbers, whether those numbers reflect real substance or not.

Think about it: some new social app only has 50 followers on Twitter? Maybe you won’t actually download it. How great could it really be?

We’ve made social numbers into an arbitrary measure of power and influence, because numbers quickly tell us if our limited amount of attention and time are worth spending.

Marketers have caught on. Consumers’ attention is valuable, and they want it, so they’ve created an entire market around it. A market where selling big numbers is big business.

It’s the same on every social channel; fake followers have become a real problem. And while most people know fake accounts exist, we tend to forget this small detail when looking at other social accounts. Or, more likely, we ignore it. No one stops and asks, “How many of Katy Perry’s 68 million followers are real?”

We don’t waste our time questioning. We just say “yep” and move on.

Companies who sell fake numbers rely on this. They stay in business because most people don’t have time to question a peer’s authenticity. We’re too preoccupied by ourselves.

From companies to politicians to everyday individuals, people want to appear important online. They don’t want to wait months or years to gain legitimate followers. They want a quick fix—one they can get with the click of a mouse.

Twitter is clear about rules and policies. “Selling or purchasing account interactions (such as followers, Retweets, favorites, etc.) is subject to permanent suspension.” But the market ignores this warning and continues to grow, forcing social media companies to take drastic measures to stop it.

Before Twitter went public in 2013, it eliminated millions of bots. Instagram also made news when it announced the purge of millions of spam accounts. This “Instagram Rapture” was so bad that Justin Bieber's fan base plummeted by 3.5 million fans—15% of his total.

Many users who lost followers in this purge also lost their cool. But who can blame them when it’s common practice for companies to pay popular bloggers and users to promote products. The more followers that user has, the more they’re often paid per post. So losing followers can mean losing money or, worse, entire promotional deals. The stakes to seem influential are high.

Those of us in digital marketing know fake followers are exactly that: fake. They’re robots that only exist as a profile on a server. They don’t favorite your posts. They don’t reply to you or Retweet you. They don’t add value to your account.

We’re not afraid of them.

In the end, quality over quantity is what truly matters. Long-term, sustainable, organic growth spurred by unique and relevant content—not some mock celebrity profile boosting my Twitter following.

But what happens when “fake” accounts become increasingly real? When hundreds of bots can like, favorite, comment, upvote and Retweet and are for sale by the millions? A population of fake bots with real influence isn’t fantasy. It’s happening right now. Musicians use these bots daily to sway public opinion on what’s trending. Even governments take advantage of the market to push agendas.

Though bots could begin to influence behaviors and decisions, marketers know that there’s always a price to pay for taking the easy way out. And while someone, somewhere may be swayed to buy a new Lay’s Potato Chip flavor that has 1.6 million favorites on Twitter, we know (and hope) the majority of consumers have better purchasing thought processes…and food tastes.

Bots may have the numbers, but they don’t have the heart. When it comes to making a human connection, humans will always win.

Maybe one day robots really will become self aware and have their own Twitter accounts to help us decide which brand of running shoe is better, but until that day comes, I’ll just continue tweeting Clawed City quotes to my new 10,000 unresponsive followers.