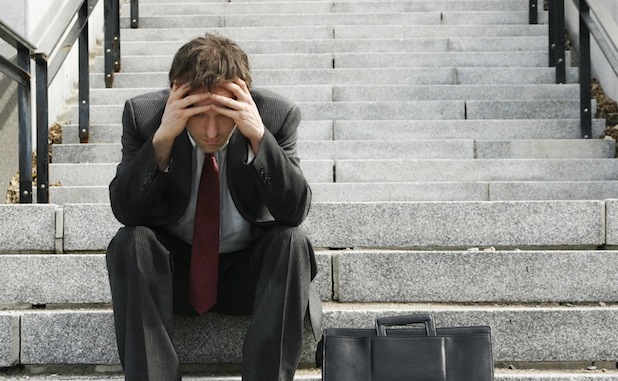 The F-Word to any motivated, determined go-getter. Do you shiver when you hear it? Do you automatically start reliving the times you’ve failed?

We’re often told that failure is important for growth. That it’s okay. That it’s necessary in a creative industry in order to push past your bounds and achieve greatness.

But the kicker is...we still rip on those who fail.

I vividly remember the first time I got an F. I was in 10th grade in Chemistry class. My test came back to me with a big red 46% and a disappointed head shake from my teacher. Not only did I fail, I failed fabulously.

I felt sick the whole day. I cried. I called my mom. As a goody-two-shoes, self-proclaimed nerd, Fs didn’t happen to me. I didn’t fail. Not because I couldn’t (obviously my 46 proved that I was more than capable), but because I wouldn’t.

Because of my fantastic F, I got a tutor, and in the scheme of things, the F didn’t matter. I didn’t fail chemistry. My GPA was safe. My parents didn’t even ground me.

It all makes me wonder…why is failure so terrifying?

The Fear of Failure

Sure, they’re funny. I’ll even admit that I laughed out loud at my desk when reading some of the horrendous fails brands have committed. But some articles aren’t there for giggles. Some are there to shame. To humiliate. To bask in the failure of competitors. To call out brands that fail and make sure they remember it.

We’re naturally afraid of failure—true—but we’re made more afraid because brands that fail rarely live it down. Failure is okay until you actually fail. Then they’re going to make your life a living hell.

It raises the question: how can we say failure is okay and then rip a brand to shreds when it fails?

The answer? There’s a right way and a wrong way to fail.

Their DVD-by-mail system defied norms established by the likes of Blockbuster. Then, with online streaming, Netflix took their status as an innovative company to the next level. Yet when rental stores folded, Netflix tossed their customers' loyalty to the curb by jacking up prices. To add insult to injury, they then announced the company would split in two: one for DVD-by-mail rentals and one for online streaming.

Customers were livid. Not only did Netflix ignore the indignation toward higher prices, they also developed a scheme (which was later reversed) that would make rentals harder for customers. Their new business plans were rooted in ignorance about brand loyalty instead of innovative concepts. The line isn’t always definitive, but your customers will decide where you fall.

Innovation is accepted; ignorance is rebuked—viciously.

There’s a difference between a failed campaign that’s created to be awe-inspiring and one that’s meant to shock its way to the top. Awe implies wonder. Awe means you reached outside the bounds to make a change—to do something that hasn’t been done before. Awe redefines the rules. Maybe you reached too far, but you were aiming for something great.

Shock is a cheap shot. It’s reading the last chapter instead of the book. It’s putting quantity of likes and shares over the quality of your campaign. You didn’t reach too far; you were lazy and tried to take a shortcut to the top. We’ve all seen GoDaddy’s 2013 Super Bowl commercial that graphically depicts supermodel Bar Refaeli making out with a “nerd”. Did it get attention? Sure…for being shockingly gross, sexist and gag-worthy.

Owning Up vs. Copping Out

Once your brand fails and you endure the Internet, newsreel and, if you failed awesomely enough, newspaper barrage of insults, you really only have two options: you can own up, or you can cop out. It is statistically proven by common sense that brands that own up to their failures are responded to more favorably than those that don’t.

Back in 2012, people were outraged when Apple’s Maps app failed miserably. Instead of waving off the disaster, CEO Tim Cook issued a letter that not only apologized for the inconvenience but provided alternatives for users while the issue was being fixed, such as Google Maps and Bing Maps. He even owned up to not meeting customers’ expectations:

If you’re in the wrong, own up to it. Apologize. Be sincere. It won’t fix everything, but it may just keep you afloat. Besides, it makes you human and shows you care. And if everyone’s laughing at you, laugh with them. You can’t change what’s happened.

If you can’t laugh at yourself, well…you’re no fun.

Can brands avoid failing? Maybe, but nothing great would ever come of it. Nothing inventive, innovative or astounding would be discovered with such caution.

Failure gets ripped on. It’s the cold, hard truth. But how you fail matters. You’re already at the bottom, but the motives that lead to your failure—and your motives afterward—will determine if you ever make it back up. It may sound disheartening, but it shouldn’t. It should be hopeful.

Find solace in knowing that you have control over your fate. Don’t not fail. Fail smarter. Fail better. Fail the right way.