Criticism and the Creative Mind 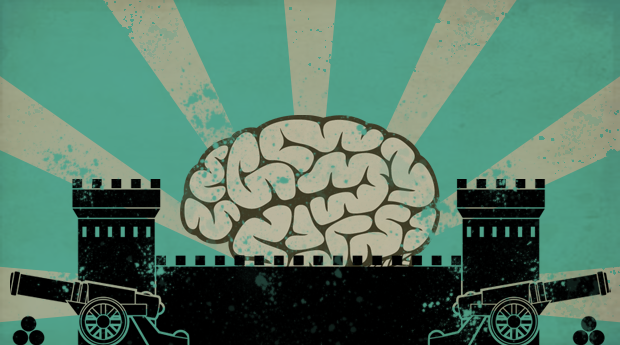 We live in a content-driven world.

Not a second goes by where we’re not hammered with Buzzfeed articles and gif sites and blogs and articles. We have access to 300-some cable channels, not including what you can get with a Hulu or Netflix subscription. Then there’s a billion-plus YouTube videos, along with original sketches on sites like CollegeHumor. There’s magazines and books and newspapers – almost all of which are available in digital, on-demand form. There’s theater movies. There’s Red Box rentals. There are apps that give you instant access to nearly any song ever recorded, along with podcasts, interviews, and audio books. There’s traditional radio. Satellite radio. And we haven’t even touched on display ads, billboards, television commercials, or other more interactive marketing experiences.

There’s almost no limit to the scope of the content you can consume at any given moment. So, while it’s become much easier to create content, it has become exponentially more difficult to truly captivate an audience. The number of hours in a day hasn’t changed, just the number of options. Authors aren’t just competing with the other books on the shelf anymore – they’re fighting their ass off to get people to read a book at all, let alone read theirs. It’s effing hard to create content that resonates with people in the digital age. It’s really, really hard.

At the same time, the technology that allows millions and millions of content creators to reach their audience has also given rise to an army of hyper-opinionated critics. Ironically enough, they face the same battles that we as content creators do – namely, that anything less than wildly polarizing will be instantly forgotten and buried in the never-ending stream of web content. So, guns a’ blazin’, they take to Twitter and Reddit or one of nearly 200 million blogs hosted across the globe and, with visceral disgust, they hack and slash and chop down creative efforts that they find to be lacking in some way. Everyone has a voice now. Everyone has an opinion. And if you’re a content creator, you’re going to hear them, one way or another.

"Until you can create something that captivates people, I’d invite you to just shut up. It’s easy to attack and destroy an act of creation. It’s a lot more difficult to perform one."

That’s how author Chuck Palahniuk (Fight Club, Choke) responded to a critic that was particularly aggressive in his dislike for one of Chuck’s novels. It’s a wonderful quote. An energizing battle cry for the artist in all of us. But it’s pure fantasy. There will always be haters. Critics. Cynics. That’s just the price you pay if you want the glory that comes with creating something amazing. If we want to move people, we have to learn to deal with the backlash we’re sure to get along the way.

But to understand how to respond to criticism, we have to first understand the creative mind.

Chuck is right about one thing - it’s much, much easier to judge than it is to create. Creating takes effort and courage. It requires you to bare some part of yourself, however small. It forces you to articulate your worldview with the hope that somebody, somewhere might see things the same way – and risk discovering that, no, they’ don't… and you’re completely alone in whatever it is that you feel. It can tear you apart, or it can completely validate you when your work connects with people. There’s no feeling in the world like it, either way.

“The only way to find true happiness is to risk being completely cut open.”

Part of being creative is being terrified that your work is no good. Terrified that, no matter how much praise you’ve collected and no matter how much you’ve achieved, one day everyone is going to figure out that you’re a fraud. That you’re just making it all up as you go along. Every time someone takes issue with all or some of your work, you’re one step closer to being outted – at least in your own head.

With this in mind, you can see why it’s tough for creatives to detach themselves from criticism. Because a piece of writing, for example, isn’t just words on a page – it’s how the writer sees the world, distilled into a sentence, a page, or even a book. To tear it apart is a personal attack on everything the writer values. It sounds dramatic, and it is, but coming from armchair critics who have risked nothing, exposed no part of themselves to the world, harsh criticism can be downright offensive and damn near impossible to swallow.

How to Handle Criticism

Like it or not, though, that criticism is never going to stop. Wobbly-kneed amateurs get criticized. Masters of their respective crafts get criticized. Anyone who creates anything is going to face rejection and judgment by the barrel-full.

It makes for a daunting task. How do you create content that stands out in an age of endless choices, while facing the criticism head-on and continuing to do your best work in spite of it? How do all these elements come together in the real world?

The truth is, it takes decades of experience to master that balance – and sometimes it’s not possible, even then. But there are ways to cope. Ways to get by. Here are just a few tips to help you shrug off a nasty response to your hard work:

Turning out a bad draft does not make you a bad writer, and it definitely doesn’t make you a bad person. Regardless of how harshly a piece of criticism is worded, apply it only to the project in front of you – and only that particular draft of it. Everything can be improved and refined. The fact is, you’ll never know without a doubt if you’re talented enough to make the kind of impact you dream of. All you can do is keep working hard and improving. One day you might get there.

Telling the right story to the right audience does not mean telling the perfect story to all audiences. There’s no such thing. Having 50% of the world hate your guts is a better sign of creative success than having everyone who consumes your work come away feeling lukewarm toward you and your message. Hone your work as specifically to your sensibilities as you can. You want to form a deep connection with a select group – not a passing one with the entire world.

Not everyone is cut out for creative success, but giving it your best shot will make you a better person. Trust me. Creating is good for the soul. It reminds you that you’re not perfect. It allows you to see the world through more humble eyes. It helps you appreciate the rare masterpieces when you do see them. And creating helps you give incisive, encouraging criticism when it’s required of you – because you’ve been through the fire yourself. If you never find a following for your work, if you find that you just don’t have the talent, the voice, the drive, whatever, you’ll come out the other end a stronger, more empathetic person. That’s a promise.

Sometimes even the harshest criticisms of your work are spot on. Others are completely off base. Younger creatives tend to fall into one of two camps – they think everyone who has an idea for how to improve their work is correct, so they take all the suggestions and wind up creating some kind of disjointed Frankenstein’s monster rather than staying true to their creative vision -- or they believe their work is brilliant and everyone who thinks otherwise is wrong. Don’t do either. Fine-tune your ability to objectively evaluate your work. Use the helpful criticism to make it better. Block out everything else.

Use It as Fuel

There’s nothing quite as motivating as having someone tell you that you suck, either explicitly or implicitly. Believe in your work, and relish the day you get to silently rub your success in the face of everyone who ever doubted you. I still think back to writing gigs I applied for years ago and didn’t get. Resumes I sent out into the ether that never got a response. And you know what? They were probably right to ignore me. My writing probably wasn’t good enough, or I just wasn’t the right person for the job. Nothing wrong with that. But that doesn’t mean I don’t want to make them all look stupid one day. Just being honest.

There will come a time when you write something, design something, or build something that has a profound impact on another person. I’m not talking about a polite smile. Not an “it’s lovely, dear” from your Mom. I’m talking about real impact. That’s the goal. That’s what makes it all worth it. The criticism will always be louder than the praise, and you’ll be tempted to focus on that. But when someone gets what you’re doing and truly loves your work, you’re doing something right. Use that to keep yourself going.