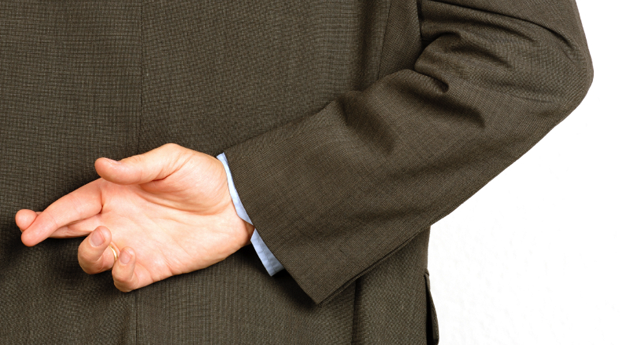 By now, most of us have seen the ‘fast food ads versus reality’ galleries. It’s common knowledge that items you order in restaurants rarely, if ever, look like they do in professionally staged and re-touched photographs. But I’m willing to give restaurants a pass because, honestly, who cares as long as it tastes good?

We all understand that there’s a line between advertising and real life. No one actually buys beer because they think it will make beautiful women want to talk to them, no matter what Budweiser says. That’s what puppies are for. Obviously.

The bigger problem occurs when businesses post purposefully misleading pictures of their products or establishments online. If I’m looking at pictures of a venue or non-food product, I think it’s reasonable to expect the real thing to at least resemble what I saw. Unfortunately, that’s not always the case. Just take a look at this gallery of resort photos. 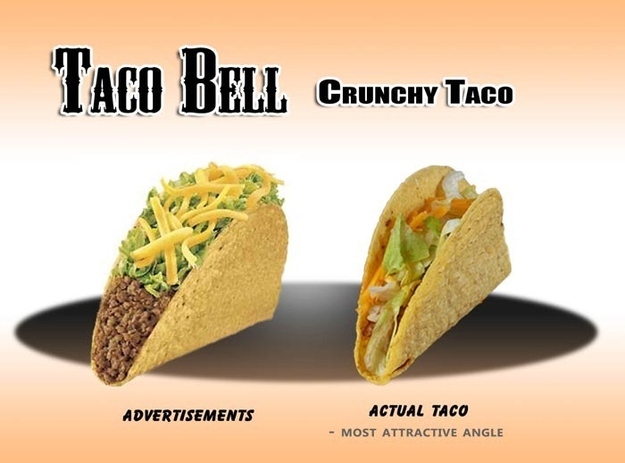 Here’s an example: I was looking at apartments last year, and came across a listing for a complex in an area I really liked. The prices were some of the best I had seen, and the main photo was a bright, colorful shot of the leasing office, gorgeously framed by a bush adorned with fully bloomed pink flowers.

When I saw the place in person, I realized that behind that lovely bush (which was about two feet high and completely bare, IRL) was a muddy landscape littered with rusty children’s toys, spare tires, and wrappers from places like El Pollo Loco, whatever that is. Unfortunately, the rest of the complex followed suit. It was filthy and run down, but you’d have never guessed it by the selection of online photos.

It’s pretty rare these days that I go anywhere other than a chain store without at least glancing at online reviews. It’s strange to think that you used to have to just blindly try restaurants without knowing if they were going to be good. There was even a time when you couldn’t look at the menu until you got there. HOW DID WE LIVE?!

It’s no surprise, then, that restaurants, hotels, cleaning services, and other businesses place a high value on positive customer reviews. What IS a little surprising is how many companies are willing to pay money for fake positive reviews on sites like Yelp, TripAdvisor, or even Google 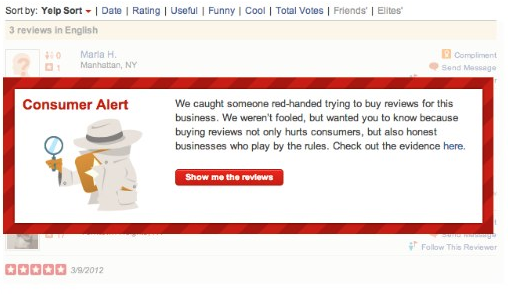 Yelp conducted an internal sting last year and outted 8 companies that attempted to buy fake reviews over the internet in order to boost their ratings. Many claimed they were forced to do so in order to keep up with competitors, who were also paying for reviews.

It’s always a little off-putting when you have a terrible experience with a business, only to find it has a stellar track record according to online reviews. Was it just bad luck, or was it cheating? Hmm…

The pen is mightier than the sword, they say, and the quality of your ad copy can have a huge impact on business goals. In my opinion, it’s not very often that exceptional writing is a bad thing, but it can be when the products or services it describes can’t cash the check that the writing has made out.

Resorts might describe a cramped hot tub as a “luxurious spa area”, or an auto mechanic might describe a tile floor waiting room with a handful of desk chairs and a coffee maker from 2003 as “our VIP suite.” Those aren’t blatant lies, but they are certainly misleading. (Still waiting on that bottle service I ordered last time I had my oil changed.)

Still, questionable word choice is one thing, but a particularly disturbing new trend among brands is ‘greenwashing’, which is the practice of using false PR or marketing initiatives that suggest your brand is more environmentally friendly than it really is. Green sells, and if you can’t help save the environment, I guess you can at least lie about it.

Disposable diaper manufacturers have come under fire recently for failure to disclose the full details of their “disposability”, leading many to question the accuracy of the claims. They’re not the only ones (not by a long shot) to face such questions.

Why It’s Not Worth It

Businesses have no shortage of ways to deceive consumers online. A one-star brand can look like a five-star if they’re willing to put in enough time and money. But is it worth it?

Have you noticed it’s never, say, Coke, or Apple, trying to deceive their customers? It’s usually bottom of the barrel nobodies like Joe’s Carpet Shack or Joe’s Moving Company (I just don’t trust that Joe character). The lesson here is that if you want to play ball with the big boys, the time and energy you’ve been spending misleading people would be much better spent on actually improving your business! It sounds crazy, but hear me out.

Say your business sucks, but you cobble together a few cleverly angled photographs, a few fake user reviews, and some well-written web copy, and you convince a couple hundred website viewers to come take a look around in your store. What’s probably going to happen is, when they see your cluttered shelves, stained ceiling panels, and aloof cashiers, they’re going to realize they’ve been duped. They might go ahead and give you their money that day, because they’re already there, but they won’t be coming back any time soon.

Then what happens is they go home and write a scathing review of your establishment on Yelp, thus cancelling out the last paid review you posted. Now you have to buy more paid reviews to get your rating back up, and you have to hope this angry customer doesn’t have enough influence in his or her social circles to submarine your reputation any further.

Meanwhile, how much does a mop cost? Ten dollars? How much does a fresh coat of paint cost? How hard is it to prevent employees from shooting looks of disdain at customers?

Look, you want to show your brand or business at its very best. No one expects you to post pictures online of your building’s cracked pipes or sketchy loiterers. But there’s a fine line between putting on some extra makeup for the camera and sending out pictures of Kate Upton and pretending she’s you.

If you don’t like how the pictures of your establishment turned out, maybe don’t blame the photographer. If you don’t like the reviews you see online, maybe tell your people to stop being rude to customers. If people think your food isn’t very good, maybe stop describing it with phrases like “melt in your mouth” and “heavenly goodness.”

It’s pretty simple, really, and catfishing isn't the answer. If you want to do better, be better.