Confessions of a Recovering Business Owner 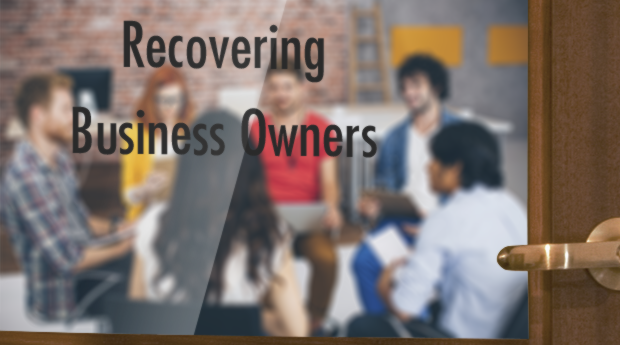 Hello. My name is Stacy and I’m a recovering business owner.

I owned a digital marketing agency for nearly 15 years, starting in early 2001. It was a search marketing agency called Prominent Placement, until we rebranded last year and became the B2B conversion agency Big Drum.

A little over three months ago, Big Drum joined the Nebo family, and I transitioned from being the CEO of a boutique agency to an employee at a 70-person company.

Everyone’s eager to hear how it’s going, and I understand their curiosity. The statistics are surely not on our side. The Harvard Business Review reports mergers and acquisitions fail between 70 percent and 90 percent of the time. Culture clashes, unmet expectations, personality differences…the mind boggles at all the possible ways the meshing of two separate companies can come undone.

But not in this case. Sure, there have been bumps along the way, but overall, it has been a positive experience for me and a smart strategic move for both companies. I am happier here at Nebo than most people would probably expect. Let’s take a closer look at what it’s like moving from being a business owner to an employee.

About Being the Boss

Ah, being the head honcho, the big cheese, the Grand Poo-Bah. There’s no doubt that it’s good for the ego. I loved walking into my company’s office every day, seeing my team working hard for our clients, being the one in charge. As a control freak, being the boss is generally a happy place to be.

But, as a variety of people have said (ranging from Luke in the New Testament to Winston Churchill to Spider-Man)…With great power comes great responsibility.

No, I don’t have delusions of grandeur. I realize that owning a boutique agency hardly qualifies as having “great power.” But the sentiment conveys something that is true – being in charge brings obligation, accountability, and even, potentially, liability. The buck stops with you, for better or for worse.

I remember one evening when it suddenly dawned on me that I was responsible for dozens of people’s livelihoods. Not only was I responsible for my family, but also for my entire agency team and their families. A sense of panic squeezed my chest, and I didn’t sleep well that night.

After nearly 15 years, it is a relief to turn over the worrying to someone else, and focus more narrowly on one thing. I’m building the Conversion Team here at Nebo, which is exciting and fun (and the topic of a future blog post). It’s both liberating and energizing to “go deep” into one field and not sweat every detail like I used to.

So those of you out there complaining about your boss, know that it is harder to be the boss than it appears.

And if you aspire to be the boss and manage other people, know that the hardest person to manage is yourself (think: diet, exercise).

I had a superb team at Big Drum, and fortunately, many of them made the transition to Nebo. Being surrounded by talented people who I liked, who I had chosen, all working together, was tremendously gratifying.

Still, we were a small team. We were a busy team. When you don’t have a lot of people, everyone gets spread thin. There’s little time to learn, to breathe. There’s even less time for fun or charitable work. And forget being able to work on your own company’s marketing efforts!

One of my biggest “ah ha” moments when Nebo and Big Drum were finalizing joining our companies came when we were planning how and when to make the public announcement. Nebo Co-Founder Brian Easter said, “I’ll have the PR Team create the messaging.” What? There’s a PR team? They’ll handle this? I don’t have to add it to my already-too-long list? Again, a relief.

I didn’t grow up playing sports, so I didn’t get the type of team experience that a lot of kids benefit from now. I find I am really enjoying being surrounded by a larger group of talented people. They’re busy, don’t get me wrong, but not spread quite as thinly as my previous team. So I can tap into experts or another set of hands whenever I need to. The Conversion Team we’re building regularly brings in the Intelligence Team for research and analytics as well as folks from Content, SEO, Paid Media, UX, Design/Development and others.

I keep hoping that the large group of Millennials on the Nebo team don’t notice that I’m old enough to be their mother, but they probably have begun to suspect that is the case. This is a real shift – most of my Big Drummers were senior-level and at least within spitting distance of me chronologically.

The problem for them, working at a boutique agency, is that there wasn’t much room for advancement. Sure, we could upgrade titles every few years (and did), but there wasn’t exactly a clear career path laid out for them. Growth was slow because there wasn’t really anywhere to go. Here at Nebo, simply due to our sheer size, there’s lots of room for folks to grow, advance in their careers, and even move sideways into a different discipline if they’d like.

Nebo is quite youthful, in a good way. We receive about 20,000 resumes a year, so we have the luxury of choosing the best and the brightest. I love the enthusiasm and ideas of our talented group. And I find that the older I get, the less age matters. Everyone has something of value to offer, and ultimately we’re all the same. Kumbaya!

I’ve moved from a spacious corner office with a door to a desk in a pod that physically touches other peoples’ desks. I really thought this would be a hard adjustment, and have been pleasantly surprised to find that it hasn’t been. I’m sure there are people who don’t like the open office concept, but I am an extrovert and I love the energy and buzz of being surrounded by this awesome group of colleagues. I feel more in touch with what’s going on than when I was physically separated and couldn’t overhear conversations or easily peer over someone’s shoulder at their screen. Even the partners have desks in our one, large room, so everything feels more equitable and everyone is approachable.

The other thing that came with a large office was a lot of storage space, so I had years of file folders full of paper. There’s no room for that here, and really no need for it either with everything continuing to go digital and be stored in the cloud. It is freeing not to be burdened with all that STUFF. Although I did notice the other day that I’m the only person at Nebo that still has a stapler on her desk. And I don’t see a lot of other people ever walking over to the printer to pick up paper they’ve printed. Some old habits die hard.

They made me turn in my PC and gave me a Mac. Yes, I know all the cool kids use Macs, and I think I’m finally used to it. But honestly – the scrolling is upside down, the “delete” button deletes backwards instead of forwards, I always forget to use the “command” button instead of the “control” button, and there are just too many swiping options (three fingers up, four fingers left…what?!?).

At Big Drum, if someone brought a laptop into a meeting and typed away while I was talking, I would get irate. I once tore a piece of paper out of my notebook, folded it into a paper airplane and threw it at an employee who was typing on his phone while someone else was talking. But here, people take notes on their laptops in meetings… and not just in Word. They’re using programs like Pages, Google Keep, and Evernote. If it’s an internal meeting and it’s not your team’s piece being discussed, you may multitask. Here, that’s 100% acceptable. It took a little getting used to, but I find I’m actually getting more done. It makes us more efficient and productive.

Finally, with a larger company and more resources, we are able to find the time for fun (check out Neboween, for example) and charitable work. I have always been a “give back” type of person, and I’m thrilled to have a new home where contributing to the community and making the world a better place is a priority and part of our core being.

So that’s how it’s going, for all of you who have asked or wondered. I hope this doesn’t sound too Pollyanna (Nebo Millenials, see Pollyanna explainer). I realize I’m probably still in the “honeymoon phase.” But so far, my recovery from being a business owner has been rewarding, challenging, and energizing. I can’t wait to see where my new role takes me.

It really sounds like you found an excellent home for your team! Congrats on this next chapter – remember to look around and enjoy it or it might pass you by.

Great story, great advice..great insights. Congrats on your transition and your ability to integrate your company (and yourself) into Nebo!

That was three thumbs up. Guess the blog doesn't accept emojis! Nice work!

Great post. As a business owner of a boutique consulting practice I completely identify with the insights you provided on the highs and lows being the top person.

Was there ever any doubt? Not really. You love smart folks and now you have even more surrounding and supporting you. Rock on my friend!

Great post. You've braved the storm and landed on sunny shores. We're mid-gale and it's nice to see that no matter which way the wind blows, fears of drowning are unfounded. : )

Great post. You've braved the storm and landed on sunny shores. We're mid-gale and it's nice to see that no matter which way the wind blows, fears of drowning are unfounded. : )