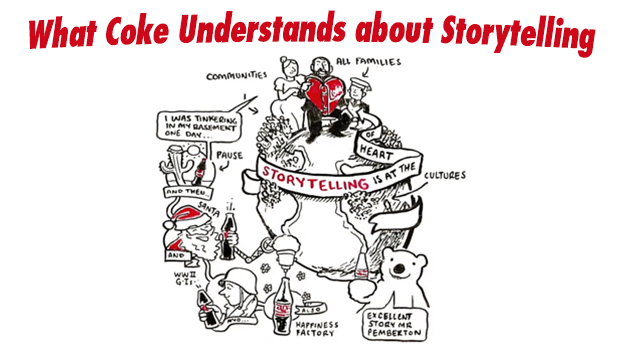 From the very beginning, Coca-Cola has understood that its selling point is the joy people get in consuming its product, and its marketing reflects that. Each brand interaction is a story, and these stories are what make up the story of Coke—not John Pemberton and an endless string of acquisitions. Coke is what it is today because it values every interaction and its message is the same every time: Enjoy.

Despite an international appeal, Coca-Cola has always been a decidedly American thing, and before it became all about the pursuit of happiness, Coke was more closely associated with the fast cars and freedom side of patriotism. It was for this reason that, in the 1940s, Marshall of the Soviet Union Georgy Zhukov had to hide the affinity he had developed for the delicious concoction of Americana.

You see, during World War II, Zhukov had partied with some American soldiers who introduced him to capital-c Coke, and the love affair was born. Since it was seen as an American symbol, Zhukov requested some non-recognizable Coke. President Truman obliged and beseeched the Coke company to invent some covert cola. The result was White Coke: a clear formula in a label-less bottle, complete with a white cap and red soviet star. The intention was to make it look like vodka, since apparently in Soviet Russia it’s more acceptable for military leaders to be drinking liquor in the middle of the day than soda. Zhukov was satisfied, and he died the most decorated officer in the history of the Soviet Union and Russia.

Coke didn’t get to where it is solely on marketing. It’s huge because it’s the greatest tasting stuff on the planet. The reason those American soldiers even had Coke was because it was seen as essential to morale and was therefore exempt from sugar rations. When, in 1985, Coke replaced its formula with New Coke, people went nuts and started stockpiling old Coke. After three months of anarchy, Peter Jennings interrupted ABC programming to announce the reintroduction of “Coke Classic,” and the biggest marketing blunder ever ended with an enormous sales increase. Zhukov’s story and that of New Coke highlight a few ways the Coke brand has excelled or learned and grown: offering a consistently quality product, engendering rabid loyalty and sticking to the old mantra, “If it ain’t broke, don’t fix it.”

George Bailey was born in Bedford Falls, New York, to a man who ran the Building & Loan—a bank that honestly helped the townsfolk finance their homes. While working in the local pharmacy as a boy, George tells Mary, who would be his wife, his plans to become an explorer under the light of the store’s Coca-Cola hanging lamp. Mary first confesses her love for him next to the big Coca-Cola thermometer. Years later, George sacrifices his chance to travel the world so that he can save the Building & Loan, and afterward he pensively wanders the streets of his town past the Coca-Cola sign outside the pharmacy where he used to work—a reminder of where he came from, the place he owes his loyalty.

It’s a Wonderful Life was the first of countless movies to feature the Coca-Cola brand in the set or as part of the action. In fact, there are few movie settings that audiences wouldn’t expect the Coke brand to show up. This level of ubiquity is rarely distracting or even perceived as product placement, because as omnipresent as Coke is in media, it’s even more so in real life. It’s neither a Southern thing nor an American thing; Coke is a human thing, and allowing entertainment to reflect that strengthens the Coke brand with billions of additional interactions.

Growing up in 1800s pioneer country afforded Platt Rogers Spencer few opportunities for greatness. In spite of this (and a strong penchant for Grandpa’s cough medicine), Spencer found success as an educator and, oddly enough, penman. His innovative cursive system, known as Spencerian Script, found great success after his death in 1864—so much so, in fact, that until the proliferation of the typewriter, essentially all formal correspondence in America featured Spencer’s distinctive swooping characters. As the writing standard of the time, naturally, many companies branded themselves with Spencerian Script, including Ford Motor Company and Coca-Cola. 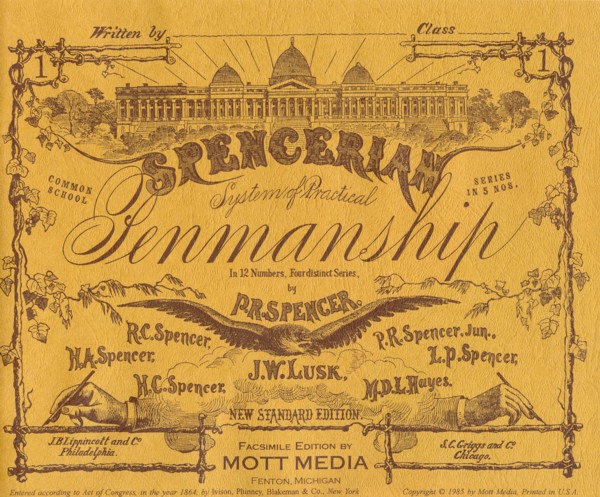 That’s right. One of the greatest logos of all time was so generic at its creation that it can’t be—and to this day is not—copyrighted, although it is a registered trademark. So is the power of the Coke brand: it can take what was essentially the turn of the century Helvetica and make it its own in the consumer’s mind. It’s why the red and white Coke color palette is trademarked, as is the contoured glass bottle. It’s why Coke embraces the mystique behind its secret formula. It’s why Santa Claus is so closely associated with Coke that people erroneously think they invented the modern image of a red-coated jolly elf. A brand as pervasive as Coke needs a cohesive image and needs to own and defend that image everywhere it appears.

Some years ago, there was a girl living in a small town in Middle America—and that’s no exaggeration. This town consisted of a single road, and the best place to hang out in the whole town was the old Coca-Cola cooler in the middle of the service station owned by the girl’s father, where she would work after school. In particular, she remembers sitting on the cooler talking with family and friends and refilling the machine whenever the last frosty bottle was dispensed. Years went by, and the girl’s father retired and had to sell the station and all the equipment. The new owner replaced the cooler with a newer machine, but the girl’s father couldn’t bring himself to sell the old cooler. He still has it today.

The girl didn’t grow up to become anyone famous, the family didn’t make significant contributions to the world and their story isn’t from a book or movie—it’s a real story shared on the Coca-Cola corporate website under a tab called “Stories,” subcategory “Childhood Memories,” among dozens of similar stories. 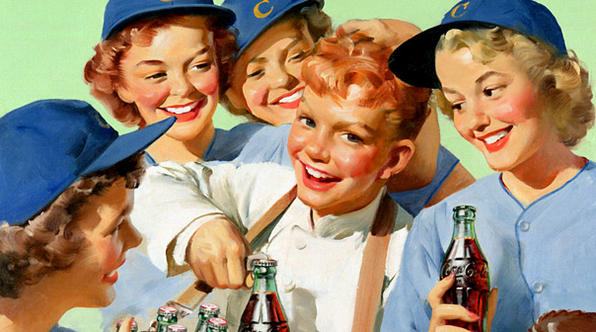 The real strength of the Coke brand lay in the fact that even with billions upon billions of customers served, it’s still about the individual’s story. Coca-Cola eschews the fallacy that just because a product is intended for mass consumption; markets to consumers on a demographic level; comes from a corporation with CEOs, COOs, CFOs and all manner of executives with private jets; and requires initiatives just to ensure diversity in the people it hires and sustainability in its production, that people’s experiences with it are somehow less genuine.

Brands affect our lives every day just like people and pets and places do, and that’s a fact Coke has always embraced. That’s why Coke is more than a brand; it’s a collection of countless stories like these. It’s a truck bringing glad tidings to the streets of Rio de Janeiro. It’s a way to bring harmony to the world of Grand Theft Auto games. It’s an excuse to fall in love. It’s billions of touch points, but an individual’s singular interaction.

Coke hasn’t been a product for a long time; instead, when it realized the inroad it had made in the world community, it became a conduit for joy, making each of these moments and stories possible. It’s not a faceless corporation because everyone who’s ever enjoyed one is the face of Coke.

Coca-Cola’s is a story every brand can learn from, so watch the rest and remember to enjoy.

Hey Will,
The logo isn't copyrighted, although it is a registered trademark. The post has been updated to be clearer. Thanks for the comment!

I just thought you should know that you made a goof about the spencer Logo page - it was copy written (says so in the bottom middle to right in small print. Otherwise I agree with your story, and it's too bad you can't share some of that success by putting more people to work. instead of buying the company jet for one of your execs, how about hiring some of us Unemployed? I've been out of work for almost 2 years, for the 1st time in my life I'm drawing food stamps, because some greedy bastard exec wasn't making enough money and had to get rid of some people rather than take a pay cut or god forbid not get than annual raise the execs get even when their policies fail!