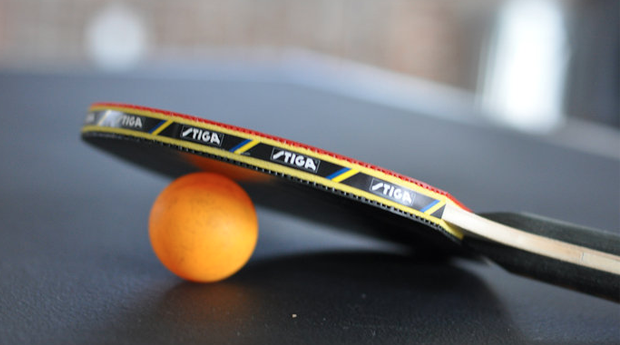 Our office recently resurrected the all-but-forgotten Nebo Ping-Pong Tournament and, needless to say, it was quite the show. Lots were cast, alliances formed, and 35 rounds later a winner emerged (we’ll talk about him later). While the tournament was entertaining, it’s interesting to note how teachable an experience it was as it relates to our industry. Rule changes in the games of ping-pong and table tennis come about in order to adjust to the ever-changing advancements of the game—not unlike the field of digital marketing. Throughout the tournament, I couldn’t help but notice how many winning ping-pong strategies could easily be applied to our ever-evolving industry.

How many times have you heard someone ask to play a game of table tennis? Perhaps that person was you. Are you sure that’s what you meant to say? Table tennis is a highly regulated sport with rules standardized by the International Table Tennis Federation (ITTF). The onomatopoeic derivation of ping-pong is more accurately used to describe the more recreational version of the sport played amongst friends and novices. Don’t say table tennis when you’re talking about ping-pong, and don’t say ping-pong when talking about table tennis.

The point: vernacular is important. To communicate effectively within the sport, you must know what it is that you are talking about and to whom you’re talking. In order to be effective with conversations online via social media, media contacts and the sort, it is important that one speaks the “language” spoken by those we wish to communicate with. Feel free to talk with your colleagues about the click-through rate that has been measured; however, you wouldn’t put that information in an advertisement. Write how you speak. Brand voice shouldn’t sound like TOC or legalese. Knowing what you are communicating about should be a good rule of thumb for the digital realm and not just recreational or competitive sports.

Do Your Homework and Play Your Game

Most people would agree that when they walk into a recreational ping-pong match they have some idea of their opponent’s skill level. Perhaps they boasted about their talents in conversation, or you have witnessed their skill level with your own eyes. It is safe to say, if you walk into a ping-pong match with no knowledge of your opponent you are walking into a knife fight with a twig. While it is a more common practice of professional table tennis players to conduct research on their opponents, the same action takes place, although on a much smaller scale, in ping-pong. Surveying your opponent/environment gives you the opportunity to prepare a strategy. This way, should anything not go according to plan you can adjust accordingly instead of reacting to everything.

Repeat after me: “I will not try to imitate the game of my opponent.” Strategy relates very closely to research because it cannot and will never be fully developed without it. Companies that constantly try to play the game of their competition instead of defining their own strategy deliberately sends them to last place with nothing but a prayer for a comeback. Trying to copy the strategy of your competition simply because you see it working is not strategy; it’s imitation, and when it comes to succeeding in digital marketing, flattering your opponent should not be your goal.

By taking a proactive approach as opposed to a constantly reactive one, you put yourself in a position to keep a level head in the face of any distressing circumstances. Plus, without conducting substantial research of the digital arena, you are guaranteed to play catch up for the rest of the game. Constantly reacting to changes in technology, information, and your opponent’s strategy does not an effective strategy make. Strategy is unique to your own abilities and resources in order to provide a clear road map to success. So play your own game.

Being overzealous is an easy way to self-destruct, which is a large part of why good players end up beating themselves. When I play ping-pong, I will sometimes create an opportunity for my opponent just to see how they will react. If I can determine that they are eager to deal the final blow every time, it becomes a matter of throwing a bit more spin on a ball to make it look appealing while in actuality it is more likely to be hit into the net or off of the table. This is not to say, “Don’t be eager,” or “Don’t be aggressive”; it is simply a warning to avoid jumping into situations haphazardly on a regular basis.

Trying to create the next big thing each and every time may seem admirable, but it is foolhardy. Constantly trying to “win-big” overshadows the learning capabilities of the smaller victories. Capitalizing on opportunities is different from trying to force them, and creating opportunities is different from forcing them. This, however, is not a catchall, and there will be times where it pays to get a little over-excited—as long as that does not become a bad habit. Getting in the habit of believing that you can end each game or solve each problem on the first hit is folly. Moreover, it increases your desire to make quick solutions that adds salt to wounds when one idea doesn’t work. Like any sport, it’s good to play with intent on scoring each point, but that is virtually impossible. Using time wisely is a better guarantee of ultimate success.

There is already one opponent in ping-pong (maybe two if playing doubles) while there are countless more in digital marketing; don’t make yourself an extra one. 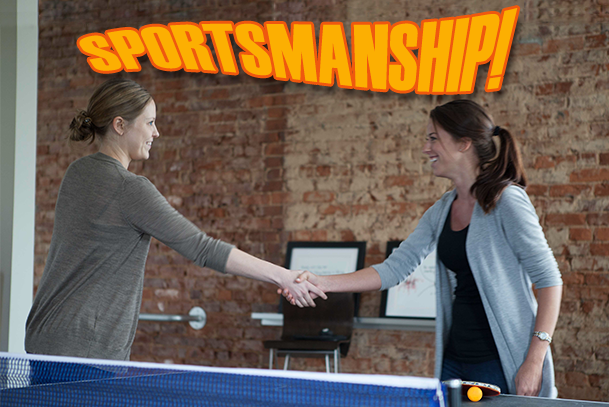 It's a Marathon, Not a Sprint

You’ve conducted research, you’ve identified and evaluated new opportunities, and created your digital strategy, but for some reason you are not seeing the results you thought you would. Repeat after me: it’s going to be okay! Ever noticed how no matter the speed of the ball flying across the table, rallies in ping-pong seem to take forever? While both players may be playing aggressively to an onlooker, each one is carefully studying the field of play looking for an opening. There is no quick win. While the point may end quickly at times, this is hardly ever the constant case. Each player should be prepared to take that point as long as needed to create the end result of success they are seeking. You are in the game now. Observe and adjust your strategy to the evolving landscape, and be confident in your decisions. Delay breeds poor action, and this is not a game you can afford to attack with anything less than everything you have.

Know How Long the Game Will Last

While most ping-pong games are played to 21 with chances for redemption in games two or three, this is not always the case. In table tennis, the game is typically played to 11 points with two serves between each player in which you do not have the luxury of extended gameplay and increased opportunity to come back. You should strive to get it right the first time, and if by unfortunate circumstances you find yourself on the losing end, then you are able to reevaluate and try a different approach. Being mindful of the “game clock” or how long you have to be successful is key to ultimately achieving that success.

It goes without saying that in order to capitalize on opportunities, you must acknowledge that there is typically a small window. Have the wherewithal to know how long you can make mistakes, and learn from them before that sort of activity is simply detrimental instead of educational. Too often, because we are comfortable with the idea of making mistakes, we feel it is allowed to keep making them. Making mistakes is a part of digital marketing as well as ping-pong; making the same mistakes, however, while expecting different results is insanity. Which lastly reminds us to...

Practice makes “perfect.” Once you know what it takes to win, learn what techniques were useful and what techniques made you hit it into the net. Pay close attention to what you did right, and use what you did wrong to teach you the ways not to win in the future. When it’s all said and done: don’t stop playing. You cannot grow if you do not make mistakes, and you cannot make mistakes if you do not play. Perfection is whatever you decide it means for you and your business/brand/game—own it!

And what of our unsung champion? Well, he is a new member of the team who enjoys playing as well as writing about the occasional ping-pong match. Check out the video for highlights from the tournament and see how we stacked up against one another!

Great article! This would make a perfect commencement speech at a graduation ceremony, or a great key note address at virtually any corporate event. Keep it up!

Great article with some great analogies. As a table-tennis player and a business owner, I might add a few thoughts. Always keep your eye on the ball (goal), as it may be spinning a different way than you think. You will hit what you aim for (with practice), ... aim for the white lines. If you hit the ball short, your opponent has a much easier return shot, go deep, make your competitor earn their shot. Pick your equipment well; if you use a K-mart 4-to-a-pack paddle, you won't compete with someone using a paddle they can actually do something with. Don't ever give up on a shot, even if it seems out of reach, the point is not over until the ball hits the ground. There is a lot more time than you think you have if you are willing to dig deep and scoop the ball almost off the ground. If you PAY ATTENTION, you will learn your opponent's tendencies, weaknesses, and strengths. You will begin to recognize where the ball is going even before they strike it. Sometimes you give your opponent exactly what they think they want because you know you can return it and throw them completely off-guard. My nickname is the wall, there is no greater feeling than casually batting back the best shot they can throw at you.